Hay-on-Wye A day in Hereford

Hay-on-Wye is reasonably close to Hereford.

It is about the first place where you can get any kind of signal, as Hay-on-Wye is in a techno-timewarp, as far as internet communication and mobile phone signal is concerned. So, it was in Hereford where I picked up on a twitter conversation about seed cake - someone had baked some, and the rest of her family - her community were not keen. I knew the location of the seed cake was not far from Hereford, and was sorely tempted to detour and offer to swap our Marks and Spencers Extremely Chocolatey Bites for the cake, but the rest of the party were tired and we needed to keep going.

Anyway, not content with going through Hereford six times, we also spent a day there - a day very well spent. 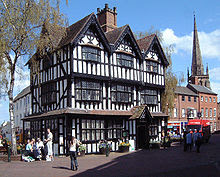 We visited The Old House http://en.wikipedia.org/wiki/The_Old_House,_Hereford
strangely marooned in the middle of a market space, with a great bronze statue of a bull next door. It had a rather - artistic - exhibition of  - art - inspired by the building; strange twisted ceramics displayed in the ancient rooms.

We visited two churches that had both been remodelled inside. You can see the spire of one of them in the background, St Peter's. They had just completed a comprehensive reordering programme:

We were welcomed by an enthusiastic band of welcomers. I was also interested to read their information boards on the work of a Victorian philanthropist, http://en.wikipedia.org/wiki/John_Venn 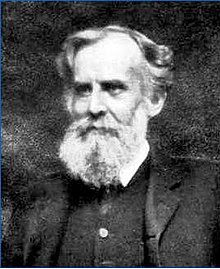 The other church, All Saints, is at the other end of the market area, and now has a restaurant/cafe/bistro sort of eatery at its west end - good food, and an interesting textile exhibition. http://www.cafeatallsaints.co.uk/

It was quite a "churchy" day, as we also visited the cathedral. We were fortunate enough to have chosen the right day and the right time to catch a lunchtime organ recital. Spectacular playing, and the experience considerably enhanced because they had a large screen up in the nave, showing live pictures from the organ loft, so as well as hearing the music, we could watch the organist at work.

I haven't forgotten about the mappa mundi. But supper is ready. It will have to wait.

Email ThisBlogThis!Share to TwitterShare to FacebookShare to Pinterest
Labels: Hay-on-Wye