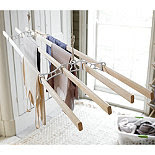 My husband tells the story of what happened, many, many years ago when they let one of those "boil-in-the-tin" chocolate sponge puddings boil dry in a friend's kitchen.

Apparently it sprayed a fine dusting of chocolate sponge all over everywhere. Things were worse than they might have been, because it was an old-fashioned farmhouse kitchen, with an old-fashioned Oxford airer, fully loaded with clean washing, over the old-fashioned Aga. 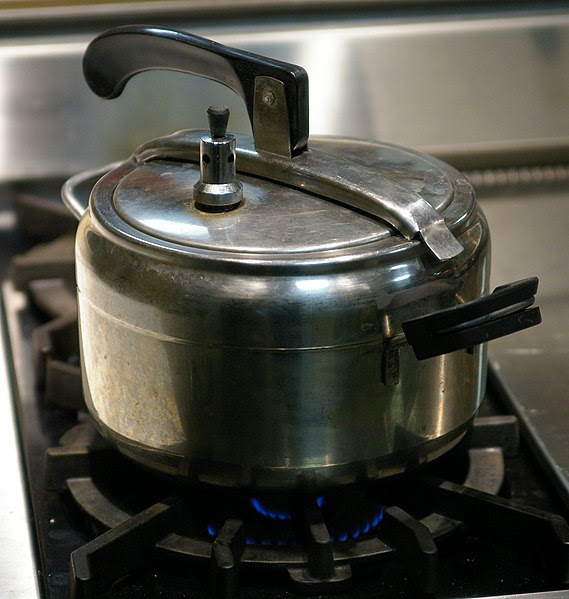 My father tells the story of what happened, many, many years ago, when they decided to make beef stew with dumplings in the pressure cooker.


Apparently the dumplings combined themselves into a giant dumpling, filling every available space inside the cooker, including the safety valve, until finally everything gave way and the kitchen was coated in dumpling-ness. 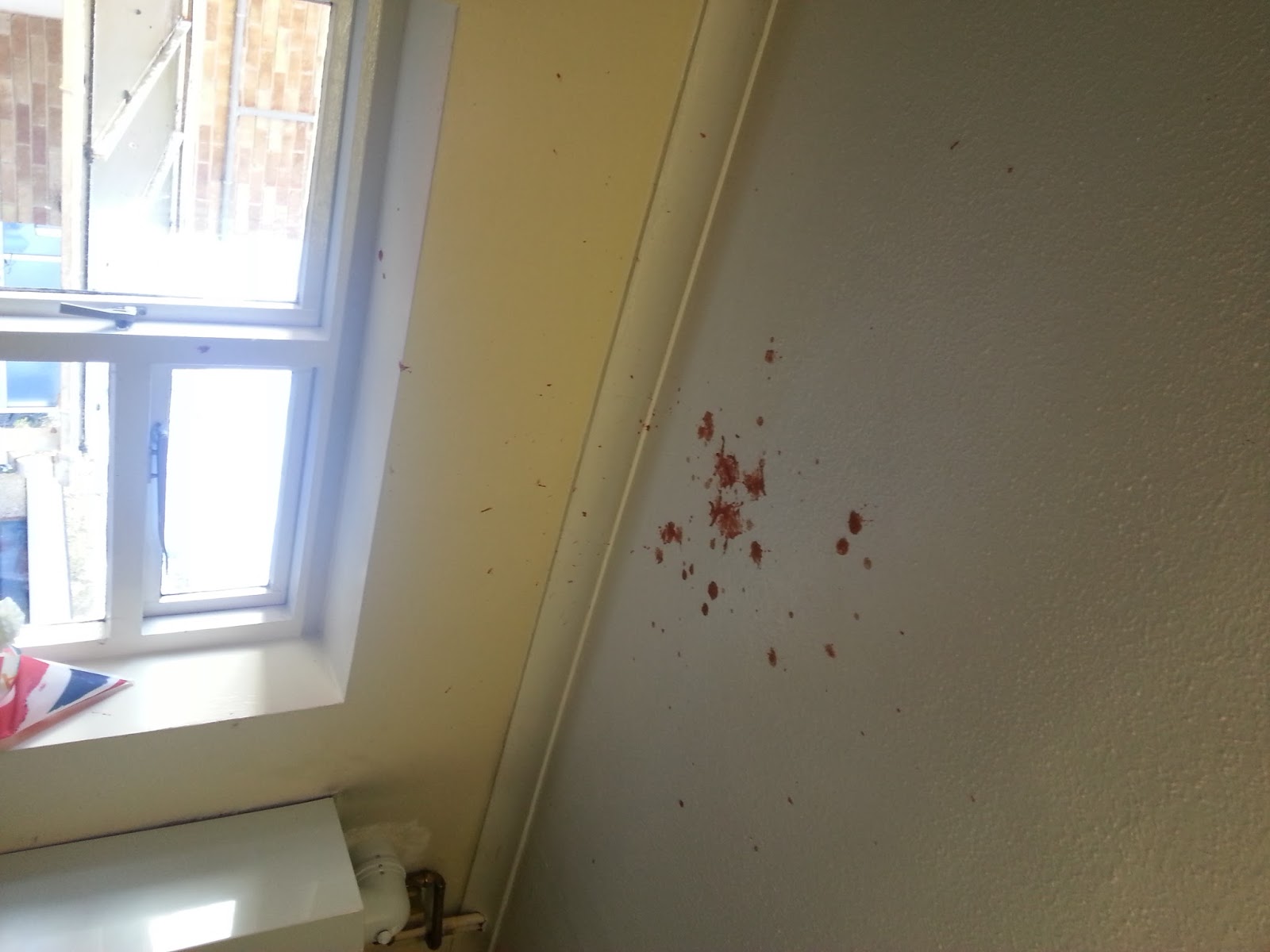 I can now add a new story; what happens when you don't drink your raspberry and cranberry juice drink which you bought last week sometime,

and carried around in your backpack all week,

and then shake up to mix the contents,

before deciding NOT to drink it after all,

and putting it, unopened, in the kitchen sink. They say that a picture contains a thousand words...


but this only gives half the picture. The rest of the fermented slurry was on the floor, on the cupboards behind me, on the back door to the right of the window, on the door to the hall to the left of the window, in the fruit basket; in short, everywhere. There were no witnesses, as the explosion was sudden and silent.

It didn't take that long to clear up as the splodges were still liquid. The person with the longest arms (that let me off) dealt with it. The tricky bit was finding the last splodge. There's always another last splodge after you thought you've mopped the last splodge.

Pressure builds up, and some kind of slow release system is an important part of many safety systems. We are all feeling pressured in the family at the moment. My mother is desperate to be better. Not being able to fend for herself, and being reliant on the nurses for everything is proving frustrating and depressing in equal measures. And the rest of the family is also feeling pressure; organising who is visiting when, remembering clean clothes, thinking of things to take in, like paper handkerchiefs, hand cream, delicious snacks, magazines...

We are all responding to the pressure in different ways. I have been leaving bits and pieces in schools all over the county; my speaker system is at one school and I might manage to remember it tomorrow. Or not. A warm and welcoming staffroom in a village school ten miles away is harbouring, all unawares, my half-eaten lunch in a lunch bag. I really, really hope there was no meat or banana in it, as I'm not due at that school until 15th January. I do know that I had soup in one flask, and porridge in another flask for lunch that day .....


Emotional fragility, tiredness, crabbiness, forgetfulness - all these have to be coped with, kept under control during visits, and then released in a safe space, at a safe time, in a safe way. It's no good trying to keep everything contained all the time.

We mopped up the raspberry and cranberry juice with paper towels, and the evidence is almost gone - just a few suspiciously extra-clean patches on the ceiling. Our individual pressure releases can mostly be mopped up too, leaving a few suspiciously bright remarks,
some over-cheerful smiles, slightly shiny eyes.

Email ThisBlogThis!Share to TwitterShare to FacebookShare to Pinterest
Labels: pressure, stroke, too much to do