So, here's the new piece of kit that has been delivered, and the reason why we have been doing all the turning out of cupboards and drawers and clearing out and re-cycling and general de-cluttering. 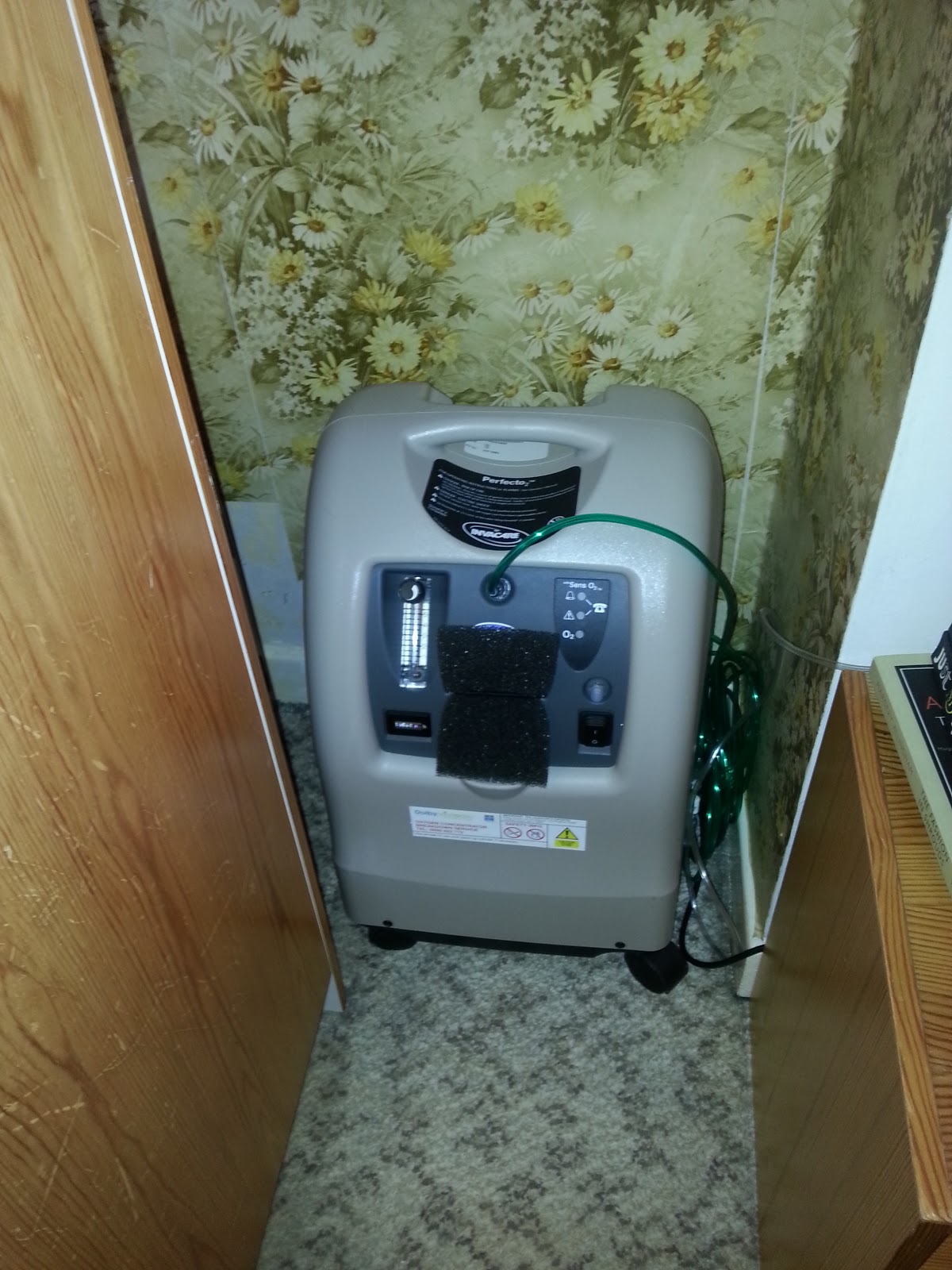 It's about the size and shape of a medium-sized piece of luggage - maybe just a bit too big for cabin baggage.  A very pleasant technician came and showed us how to work it ("switch it on here", she said, and that seems to be about the level of understanding one needs).

So, now it is the morning after the night before. As I suspected, the gentle humming noise it made when she demonstrated it to us transformed into a rather more persistent sound at night time - similar to a car engine running outside in the street. Also the machine makes little breathing noises; a sort of breathy inhale, and then a slight "pop" noise as it exhales. If my husband made those kind of noises all night, I would have prodded him to roll over, but the machine would not take kindly to that treatment. The plastic hose that you wrap around your ears and poke into your nose isn't too uncomfortable, and I managed to remain untangled, even with glasses and earphones added to the general clutter around my ears.

Maybe we will get used to the machine, or maybe we will evict it into the next room (once number 1 son has gone home after Easter) or maybe even relocate it to the hallway downstairs. I will go and ask the next door neighbours if they could hear it. I suspect, judging by the level they have their TV, that they won't!