"Would you tell me, please, which way I ought to go from here?"
"That depends a good deal on where you want to get to," said the Cat.
"I don’t much care where--" said Alice.
"Then it doesn’t matter which way you go," said the Cat.
"--so long as I get SOMEWHERE," Alice added as an explanation.
"Oh, you’re sure to do that," said the Cat, "if you only walk long enough."
(Alice's Adventures in Wonderland, Chapter 6)

Well, that's where my Sunday School lesson to a little group of seven children aged between 5 and 7 years old ended up. 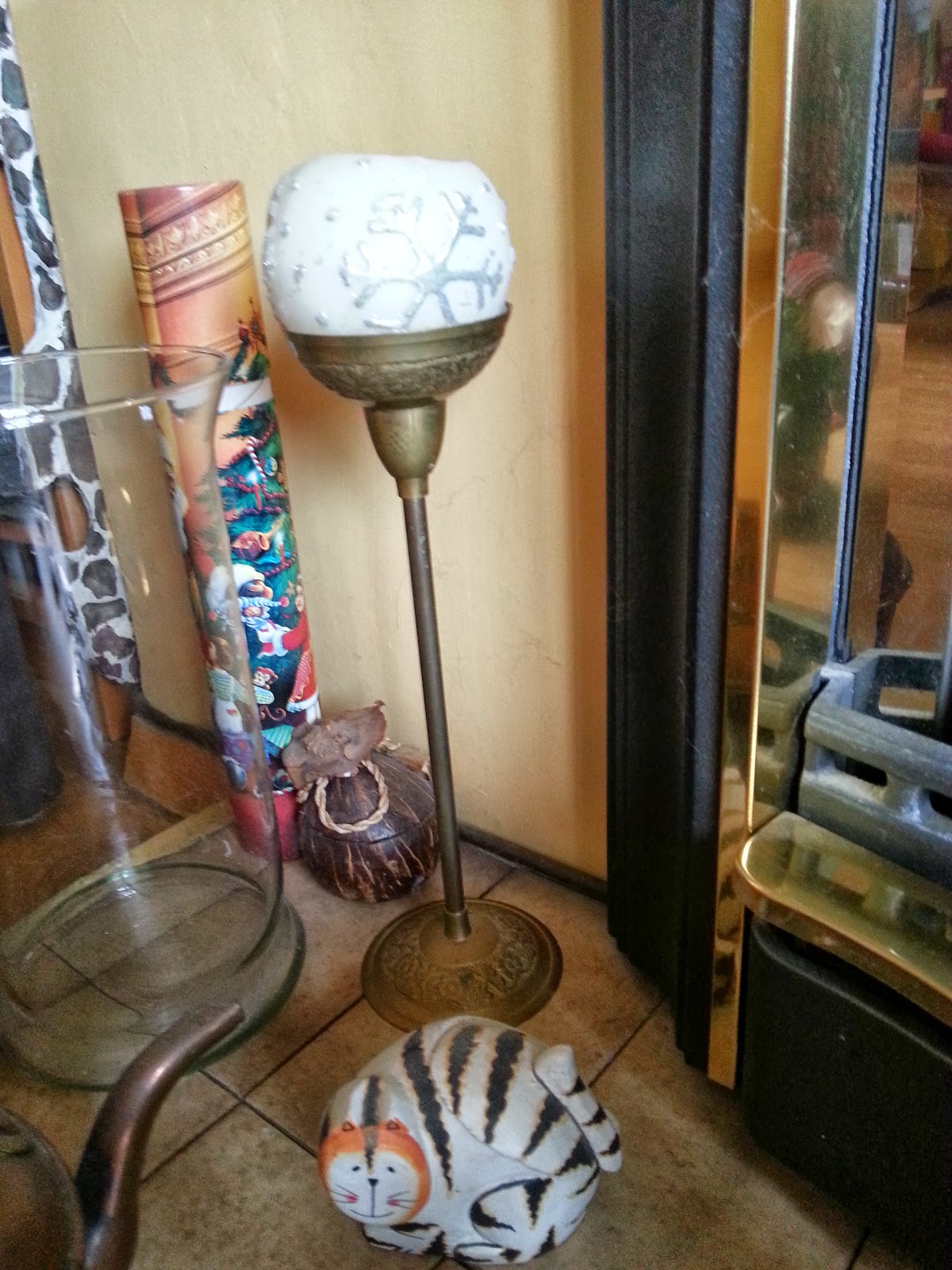 A lot of my Sunday School lessons seem to go like that.

I took in a candle, a tall candlestick, matches, a bucket and some torches.

Also a jug of water and a towel to act as fire safety measures.
Colouring sheet with the verse from John ch8 v12;
When Jesus spoke again to the people, he said, “I am the light of the world. Whoever follows me will never walk in darkness, but will have the light of life.”
Felt pens, glue sticks and sparkly sequins. Oh, and a Bible.With that lot I thought I'd covered most of the options.

I turned off the lights, and half-closed the window blinds.
We talked about light. We played with the torches. We read the first part of Chapter 1 of John's Gospel:  In the beginning the Word already existed; the Word was with God, and the Word was God. 2 From the very beginning the Word was with God. 3 Through him God made all things; not one thing in all creation was made without him. 4 The Word was the source of life,[a] and this life brought light to people. 5 The light shines in the darkness, and the darkness has never put it out.  Then we talked hatted  about how the Creation story begins.

It was all going so well, even though one of the livelier lads had drunk half a cup of tea with three spoonfuls of sugar in it just before we started.

I lit the candle (and the smoke detector did not go off - phew). We read Matthew 5:15 Neither do people light a lamp and put it under a bowl. Instead they put it on its stand, and it gives light to everyone in the house. 16 In the same way, let your light shine before others, that they may see your good deeds and glorify your Father in heaven.

I took the candle off the tall candlestick and stuck it under a bowl. It duly went out.

Perfect! The children played some more with the torches, I relit the candle, the smoke detector stayed silent, the sugar boy stayed in his chair, we talked about Jesus and light and proper "Sunday School" things.

Then we started colouring and gluing and sparkling. "It's my birthday in three days" said one of the other lads. "I'm going do draw my candles on my birthday cake".
This set Sugar Boy off. He is well grounded in the Bible. "Jesus says he is the Bread of Life, but I'm going to do him as Cake of Life".

At this point, I gave in. All the children's interest and activity was now entirely focused on birthdays, cake, birthday candles, party games...
So we played a couple of games, tidied up, and took our sparkly gluey brightly coloured Bible Verse sheets back to church.

I'm not downhearted - although teaching "Sunday School stuff" is partly what Sunday School is about, these children are also making friends, being sociable, sharing ideas, and, most importantly, happy to come back again next week. Job Done.
Posted by KirstenM at 12:23:00