This has been a feature of the social whirl at our every year, at the beginning of December, for a good few years now. We get together for an evening of making Christmas wreaths and table decorations, fortified by Chrismassy refreshments (cakes, mince pies, stollen) and background  music.

It was the first time that I had been along. My Fatal Error was to fail to being any greenery or secaters with me (we were supposed to provide our own). Best Beloved proved is undying love by going out into the cold and frosty garden by torchlight and hacking at a couple of the bushes, and then bringing the consequences of his endeavours to the church hall where daughter and I were waiting to begin.

It was a fun evening; and fascinating to see how differently everyone's wreath ended up. Here are a few; 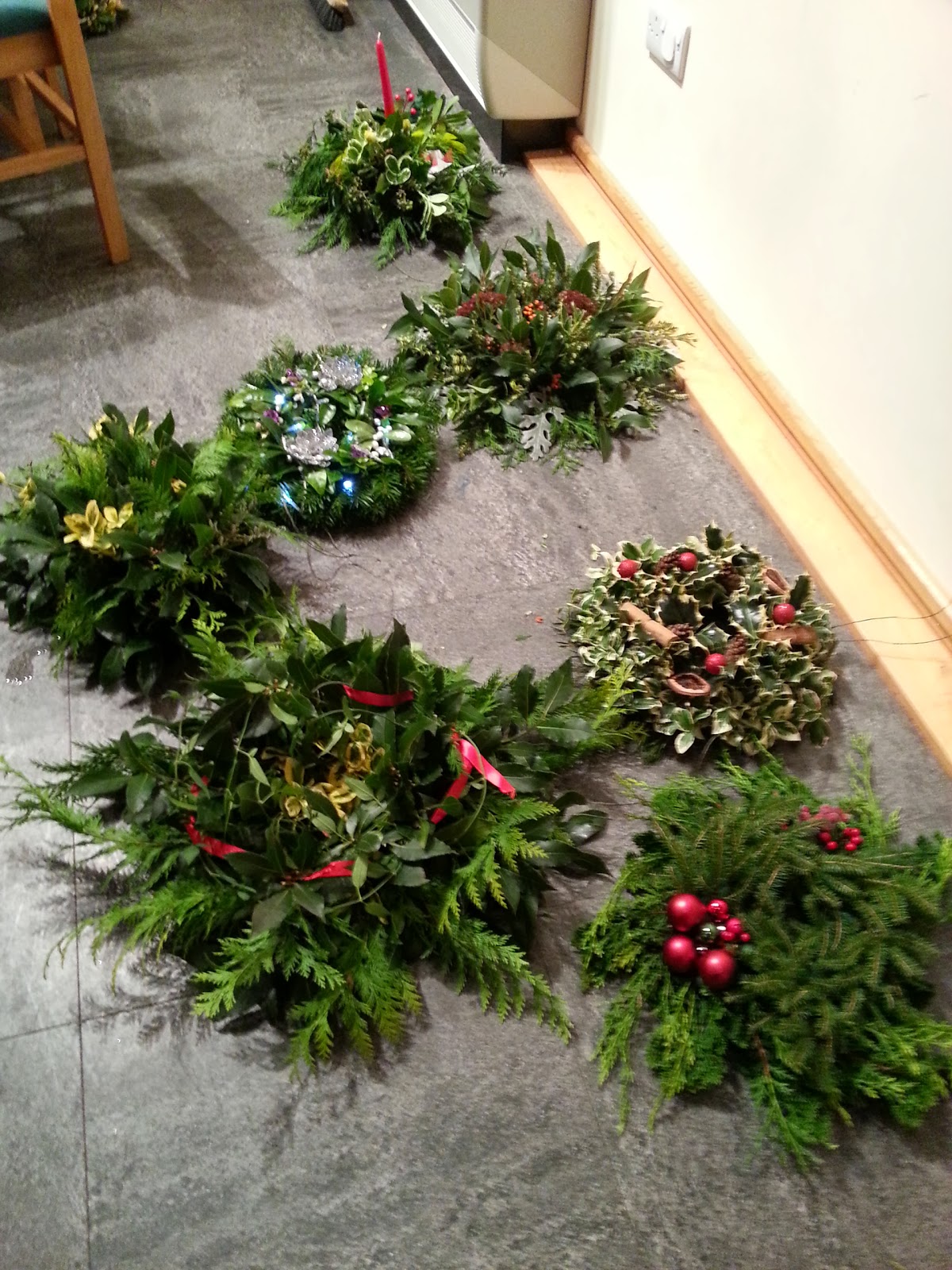 All these wreaths except two (the one with a candle, and the one on the left in the middle row) started with identical rings of oasis as the base.
They do seem to reflect the personality of the constructor. You've probably already guessed that mine is bottom left, the heap of greenery with a red ribbon threaded through it. When I got it home, I stuck four candles in, and designated it an Advent Wreath as there was no way it would have survived being hung on the front door.
Posted by KirstenM at 20:31:00