I have got three "Happy New Year" days every year; 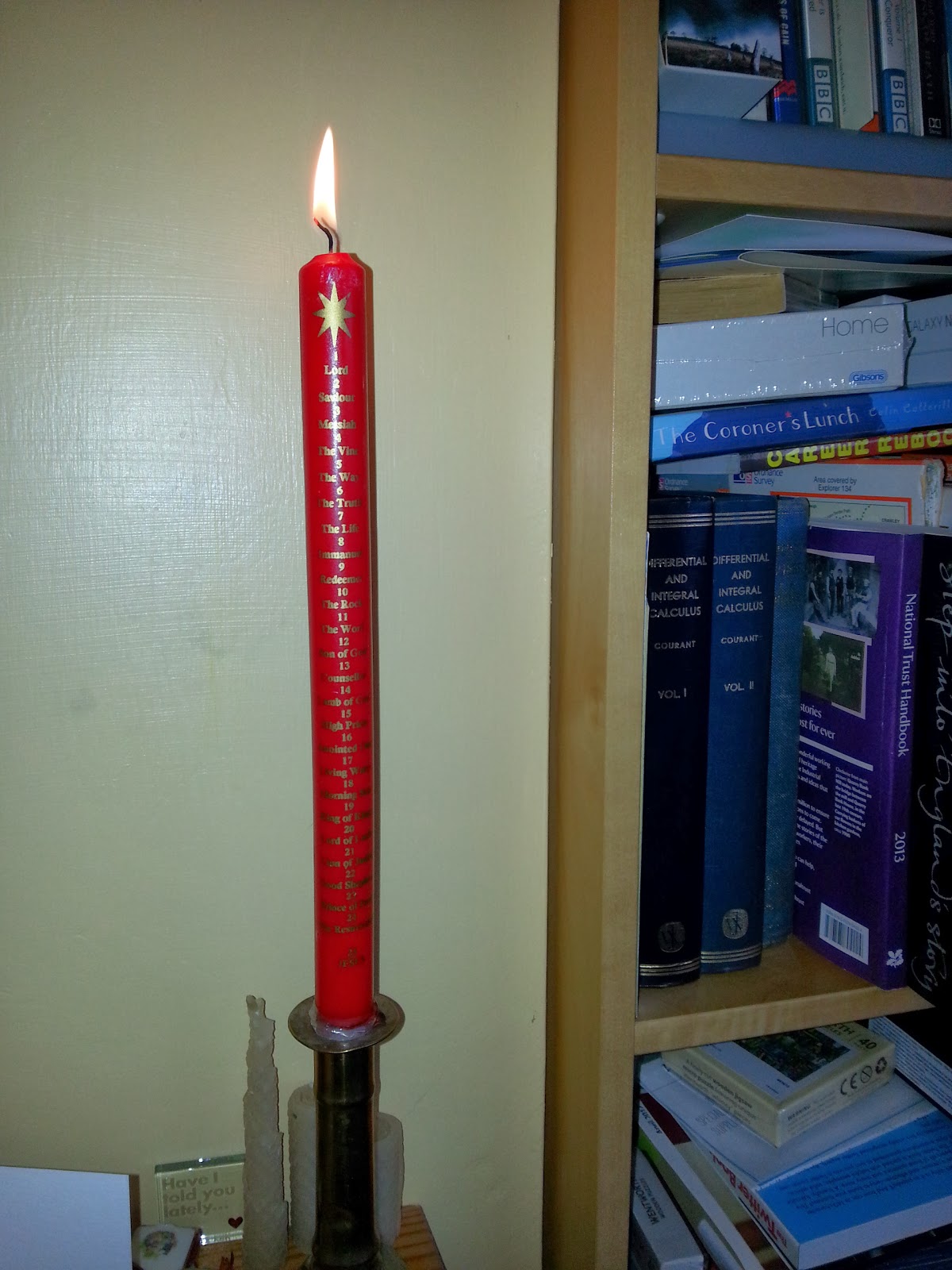 First Sunday in Advent - beginning of the Church Year.

Advent, however, is a time of finding space for waiting, watching, listening, somewhere in the midst of the manic logistical nightmare that is December.

I have lit the Advent Candle, and plan to do a bit of Real Advent Activity - that is, Doing nothing that is busy, just Being who I am, until today's portion of wax is consumed.

There will be plenty of time later in the day to go back to all those lists and laundry piles and other preparations waiting to be done.