Advent is over
although we haven't got to the bottom of my advent candle. It's currently down to day 20 - it was a tall, tapering candle which burnt fairly swiftly to begin with, resulting in an overburn of about  week at the very beginning of early on in December;

The candle is a lot thicker now, taking days to burn away each number. It has become a sort of substitute yule log, and may well last until the New Year.

I've found the cups and saucers for our tea, to celebrate Christmas. Last year was the season of catapults and medieval war machines; 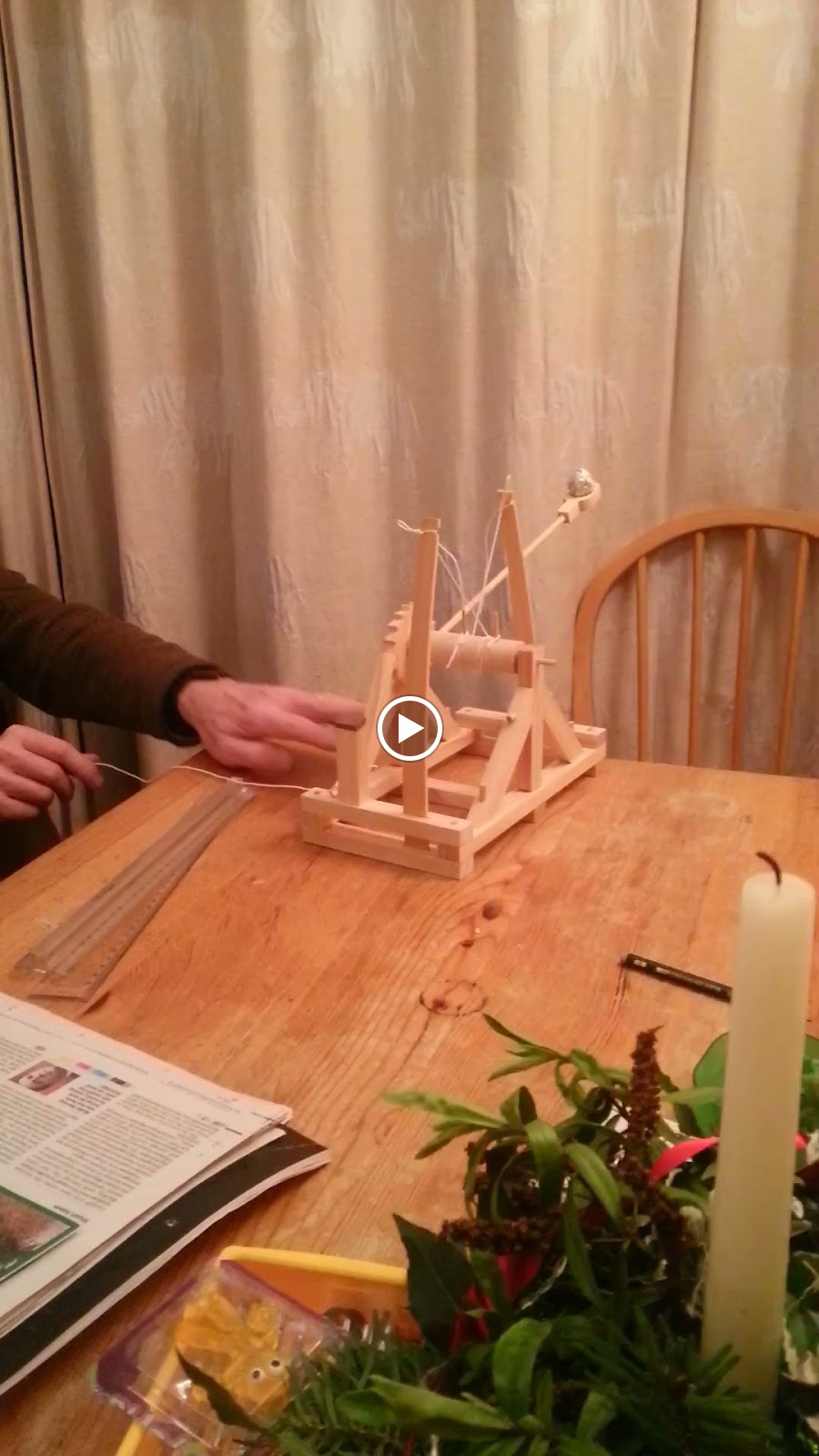 This year is more lego themed.
The turkey is just about finished. There's half a ham to go, and small portion of Christmas pudding and we have run out of mince pies (but luckily not mince meat). We WILL run out of milk before Monday, but these days one just goes shopping on Sunday. Easy-peasy.
So, what have we done for Christmas so far?
Christmas Eve - decorating, wrapping presents, last minute tidying and preparations﻿. For me that included making bread sauce, rum butter, brandy butter, mince pies, apple pies and jam tarts. Also knitting a complete pair of legwarmers which were a Christmas present to my mother. In ribbing. Note the ribbing.
Christmas Day - church, present opening, smoked salmon on brown bread, cooking The Dinner. Taking The Dinner round to my parents' flat (after resolving slight sausage cooking crisis) for a very late lunch, or maybe it was a very early supper. That was an enjoyable time- six of us together, crackers, table decorations, food, food, food, more food, and more presents.
Boxing Day - slow morning, then after lunch the younger generation went shopping in the town, and had a surprise encounter with steam engines of all descriptions chugging their way through the rain to the town centre for a Boxing Day Meet. In the evening we played our new Christmas Board Game. Good fun (I won).
Today - it's cold out there. I've read my book, watched TV, read my book some more, thought about doing all sorts of things, written this blog, and that's going to be about that for the day.
The Christmas Season officially lasts until Candlemas, 2nd February, so there is no hurry to do everything all at once.