I made a stack of gingerbread for New Year's Eve using some cutters I bought in Canada. I was taken by the simplicity - just two cutters; a rectangle for the sides and roof pieces, and a "gable end" cutter to make the front and back.

Compared to the intricacies that you can find on the internet: 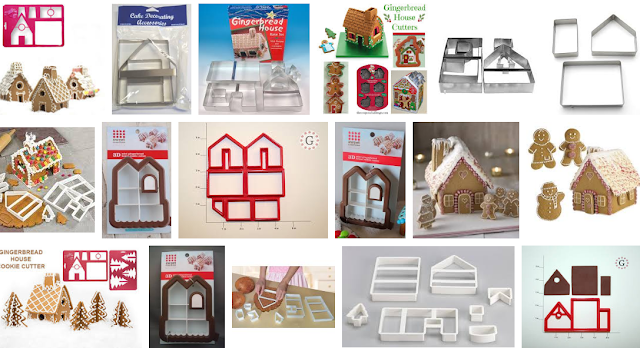 my gingerbread set looked much more plausible. I made enough for four houses, and some spares as at least a few pieces were a little browner than I wanted.

New Year came and went, and we never got round to it. I had a tin with about thirty gingerbread biscuits...  so I took them round to friends.

The four of us (average age "old enough to know better") set to work. After experimenting with thicker and thinner icing (somewhere in between is best) and dealing with a couple of near collapses (all hands to the house-raising!) we ended up, eventually, with four houses. 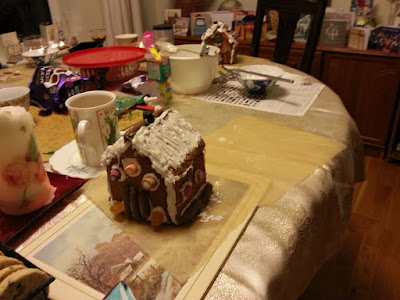 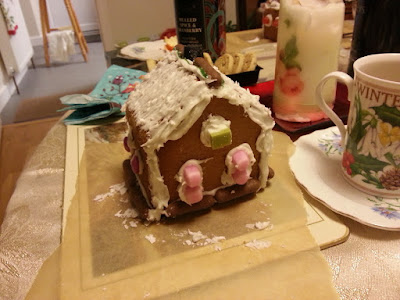 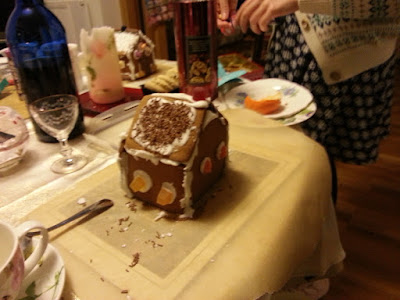 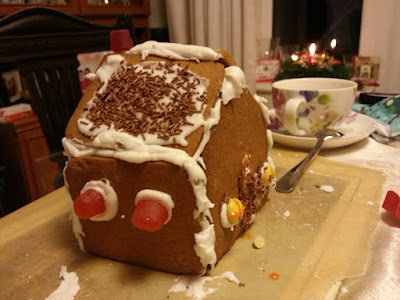 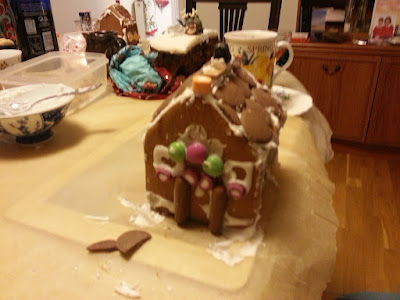 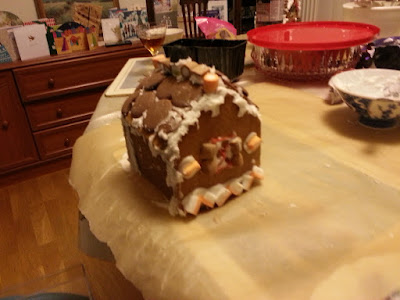 Jo's house with the amazing holly bush by the window! 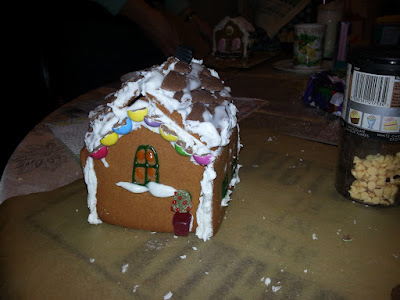 and a lantern by the door! 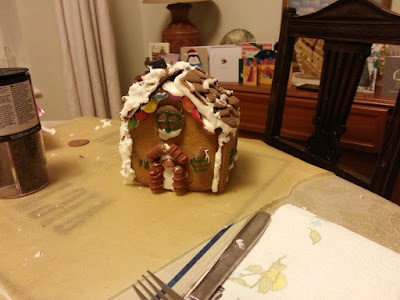