Monday 6th March - the Wind in the Willows

updated on 7th March to remove all the typos which were mostly introduced by predictive text...

I'm reading 'The Wind in the Willows' as a Lent book (Lent started on Wednesday 1st of March).

Not your usual choice of book for spiritual enrichment? True.  Other people may be reading serious tomes by Rowan Williams or Justin Welby,  or even the Bible. I know myself too well; I'd never get through something that weighty. 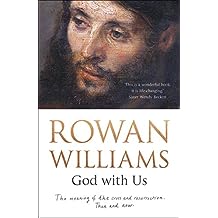 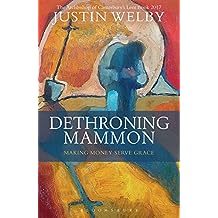 There's plenty to think about in this book, however. For once I am reading slowly,  and reading each chapter twice, rather than racing through a story to find out what happens next. That's why I have only read two chapters so far, instead of having finished it already.

My attention has been caught by some of the dialogue.  The language is very old fashioned (of course; it was published in 1908). Sometimes this makes the characters sound 'quaint',  and at other times 'querulous',  when I am sure that neither effect was intended.  For example,  Mole saying to Rat 'won't you take me to call on Mr Toad? '
Nowadays we would say 'will' rather than 'won't'.  Sometimes a request or something that one says can be taken entirely the wrong way just because of the resonances,  or nuances,  inside a single word. No wonder the monastic rules,  and proverbs in the Bible,  indeed,  wise sayings in every culture place such a high value on silence,  and avoiding unnecessary words,  and thinking before you speak.

In the enclosed with the canary-yellow caravan,  I was suddenly struck by the different nature of the characters in the book.  I find it easy enough to go along with the idea or the animals all being 'real people' , until suddenly the horse is required to pull the caravan.  He is coerced against his will into being harnessed up,  and Mole has to keep him company as they travel,  because he complains of feeling dreadfully left out of things.  And what of the bird in the cage?  The ducks and moorhens on the river are all 'people',  so why not the bird in the cage, 'sobbing to be rescued' after the caravan ends in the ditch?

For me,  this gave me some food for thought along the lines of 'why are some people more "people" then others? Millions of people facing starvation in Sudan have to be just as real as you or me or anyone I know. (Thinking about resonance,  how about "All animals are equal but some animals are more equal than others" - Animal Farm, published in August 1945... )

Email ThisBlogThis!Share to TwitterShare to FacebookShare to Pinterest
Labels: books, Lent, thinking too hard and asking too many questions