Sunday 17th December - Not where I wanted to be

Church was where I didn't want to be - but I got up, scraped the car and shivered my way there. And shivered into the church. And chose a seat near the blowers at the back, and did up the top buttons of my cardigan and zipped up my fleece to the neck and hunkered down. It's my husband's fleece, several sizes too big for me and very warm, so I was able to shelter my hands inside the sleeves and make like a hibernating tortoise. 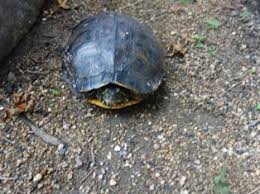 We lit the third advent candle - "this one represents 'Love' " announced the vicar.

We listened to the reading from chapter 8 of Paul's Epistle to the Romans, all about 'Hope' and a then a sermon on the same theme.

We sang the hymn "The Servant King" - one I really don't care for, followed by "Meekness and Majesty". Not keen on that either.

So what was the point of being there? Why did I stay?

And the sermon was good, and full of Hope, with a bit of Love and Joy thrown in.

And I left feeling a better (if chillier!) person than when I rolled up.

Just to clarify everything, here's wikipedia on the usual themes for the four Sundays in Advent;

Advent candles
In the Roman Rite of the Catholic Church, the readings of Mass on the Sundays of Advent have distinct themes:
In another tradition:
Other variants of the themes celebrated on each of the four Sundays include: