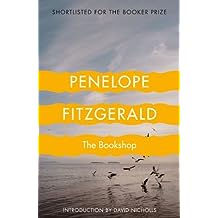 There's a steady thunk of tennis balls, interspersed with unintelligible shouts from the line judges going on behind me, as two tennis giants battle out the final.

It's going to be a long match, and I don't have enough tennis mania to watch all of it...


I have updated my "books read to date" page; a mixed bag of reviews this time. And I've just finished "The Bookshop" by Penelope Fitzgerald, the first I have read by her. My word, Mrs Gamart has made me cross. I want to go to Norfolk and speak my mind, and absolutely refuse, noisily, to visit her Arts Centre... oh, but hang on. It is fiction, and set in the fifties... I found the book a slow read until the final few chapters when it changed in pace and the inevitable became apparent. The cover is all dull orangey greys, which is roughly the colour of the story inside.

I see, from looking at one of the other versions of the book, that it has become "A major motion picture" 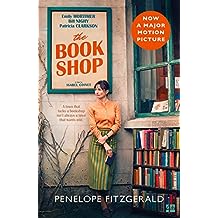 and now I have just discovered that it is on in our local cinema at the moment! But only until Thursday. Well, what a surprise. The only day I could go would be Tuesday... I think I will wait until it appears on netflix or TV. There's just too much on at the moment. Besides which, the way I feel about Mrs Gamart I would probably start shouting at her.


I have ordered a number of copies of this book; 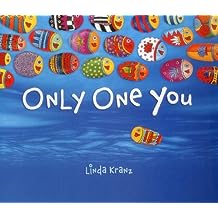 to give to each class in the two small primary schools I am leaving at the end of the term. It is a particularly colourful book of "Life Wisdom" suitable for all ages in my opinion, and for once doesn't have too many of the "you can do anything you want if you believe/dream/wish it" type comments.

This was the double spread that sold it to me; 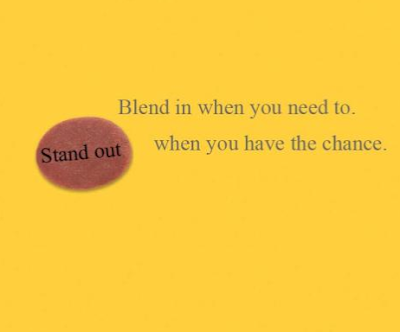 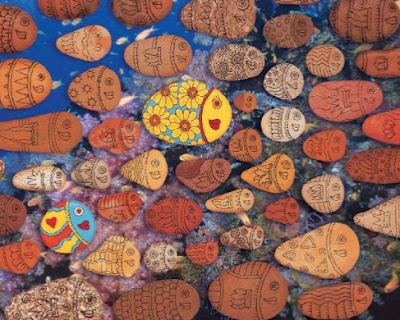 Probably one of the ways I know that I'm ready to cut down on class teaching is that there's too
much individuality happening at moments when
"everyone doing the same thing at the same time" would be more beneficial. Like lining quietly. Or waiting to be told what to do. And so on... (yeah, I know I'm beginning to sound like a Grumpy Old Teacher!)

Just one full week left of school. It will be pretty packed with school plays and rehearsals, and the last of the music lessons, and a couple of works socials. It's been a while since I've been so glad to see the Summer holidays arrive.

Meanwhile - it is still hot - not a breath of wind. He came back from delivering milk to The Grand Old Man's refrigerator (he's been on holiday and arrives back late tonight) and checking out his computer with - joy of joys - ice cream. We just managed to eat them before they melted.

The cats blame us  - there's nothing we can do for them except groom them to remove all unnecessary fur.