France is still close in memory - we've been sorting through the photographs, and I've been adding to my sketchbook - but there are the never-ending trivialities of daily life to get through first.

Today I have collected my new glasses. Two pairs - replacement varifocals for every day, and a new pair of bi-focals for playing the piano. Not sure how I will get on with them, but something had to be done as I have been finding it difficult to bring the little pale grey notes, printed in thin, nearly transparent paper into focus with increasingly atonal consequences. Especially in church, where the light is often poor. I've got three days to get used to them before playing for a 'sing-along' at a Summer Club for OAPs on Thursday.

Other banalities - I chipped a front tooth on the very first evening of our holiday - Horrors! Terrors! Fortunately nothing seemed to get worse. It seems as though a small triangular flake of enamel has come off the front surface. Now a little line has appeared, starting at the cutting edge and going straight up. I shall know the worst (or maybe the best, but I doubt it) tomorrow.

And there is a shortage of one of my medicines; so far none of the pharmacies have been able to get it for me. I'm ok for a few more weeks, but it is a chore having to keep following up to see if it has come in, or pestering the surgery for a different prescription.

Oh to be in France;

One day we stopped in Vernon, on the opposite bank to Giverny, and were rounded up early, straight after breakfast, visit Monet's house and gardens. They have 700,000 visitors during the nine months that they are open - being first through the gates is definitely a Good Plan.

The water lily flowers were over for the season but the views were still beautiful. 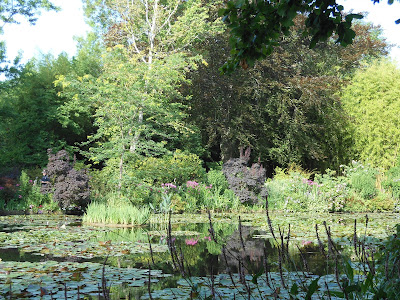 Apparently when he was away, he used to write home for news, not of his family, but of the garden... 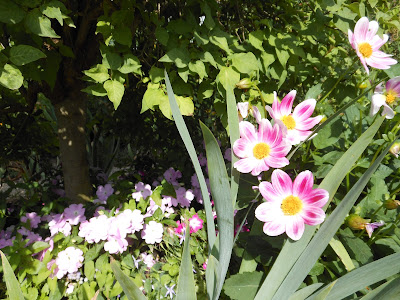 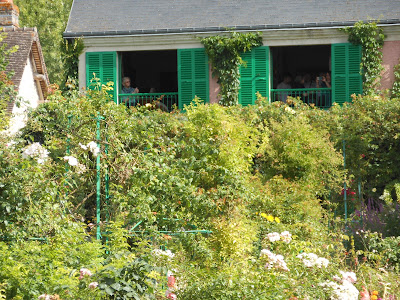 I was diverted by the clouds of pale grey/white butterflies that covered the lavender; of course they all fluttered away when I started slaking them with a camera 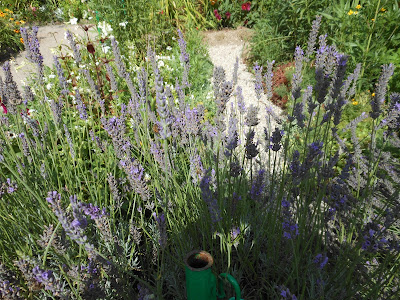 I had no idea that the paintings of the lilies were so enormous; this is a replica filling the back wall of his studio, which is now the shop. 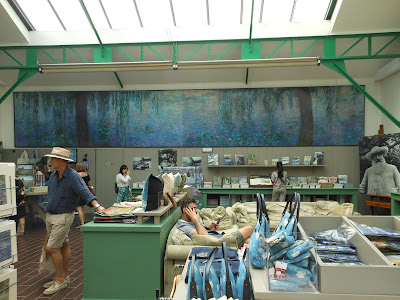 We were lucky with the weather. Every day, except the last afternoon was sunny and hot, but not too hot.

Today, at home again, it is raining again!