Today is one of the dates in the year which marks the ending of a season and the beginning of another.

Astronomical Autumn starts from the DSeptember equinox, which I had always thought was on the 21st, but apparently it wanders between the 21st and the 24th, and is on the 22nd this year. Winter will start, astronomically speaking, on 21st December (how come that hasn't wandered off course by a day? No, don't tell me, I'm not absolutely burning with curiousoity at the moment. Maybe I'll look into this another day.)

Autumn term for the local schools starts on 3rd September around here. I am so, so glad that I have retired from teaching in schools - there is absolutely no mithering about whether I should or should not go in. And I am planning to zoom teach this term. I'll tell you one thing, though, I haven't had a single chest infection since February - normally I would reckon to have had several, and be due another three weeks after the start of term. Now there's something to consider.

We have allowed the first stranger into our house since March - the engineer came to service the oxygen machine that I hitch myself up to at night. Himself watched as the engineer did his stuff, making mental notes of everything that was touched in the process so it could all be gone over with anti-bac spray afterwards.

It was also the day of the last hospital appointment for the year as far as I know. Zoom again, and another new consultant. No change - carry on being Very Careful and do everything I can to avoid catching The Virus as the consequences would be 'problematical' - my word, not hers, but we both knew what I meant. So I will be staying in my gilded cage, apart from carefully considered excursions, for some time yet.

I'm carrying on with my artistic efforts. I started a new sketch book with proper water-colour paper in it today. Here's Hanuman, one of two Balinese figures that my parents had for - well, I don't know how many years. Forty-five, perhaps? They are in our garden now, having lived on front door steps, balconies and various gardens over the years. 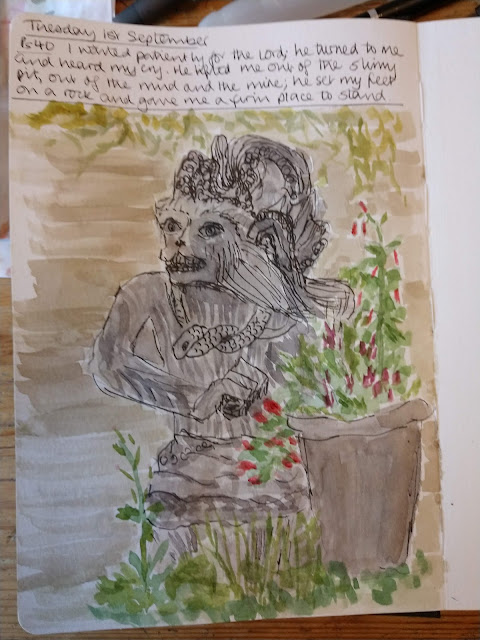 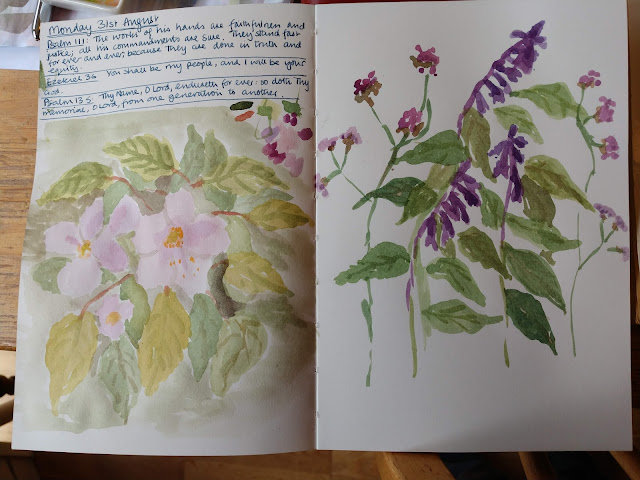 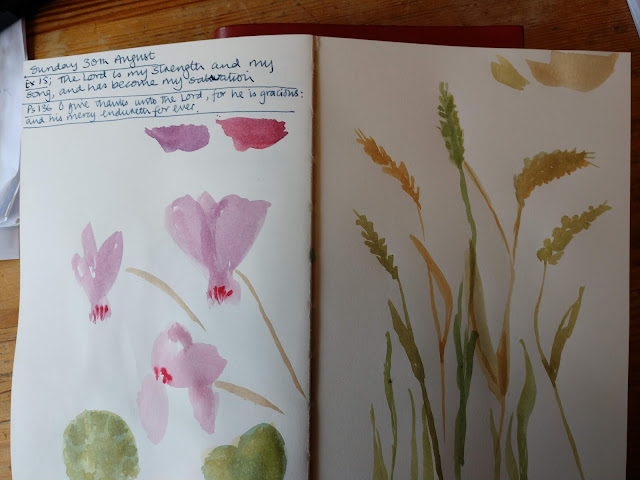 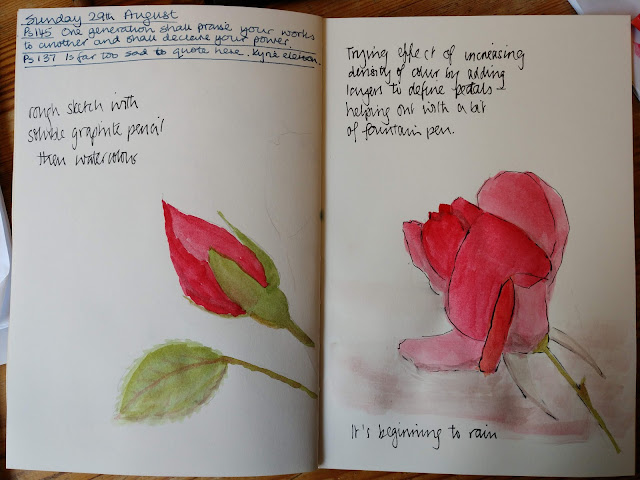 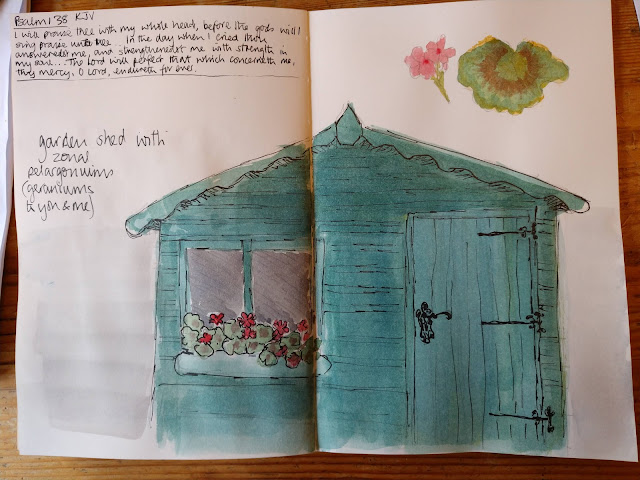 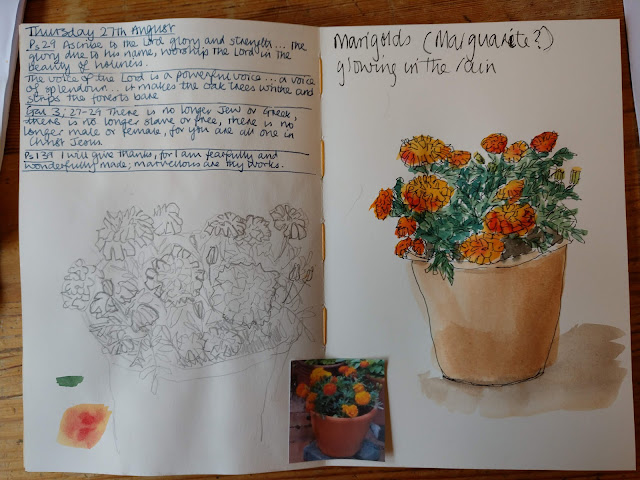 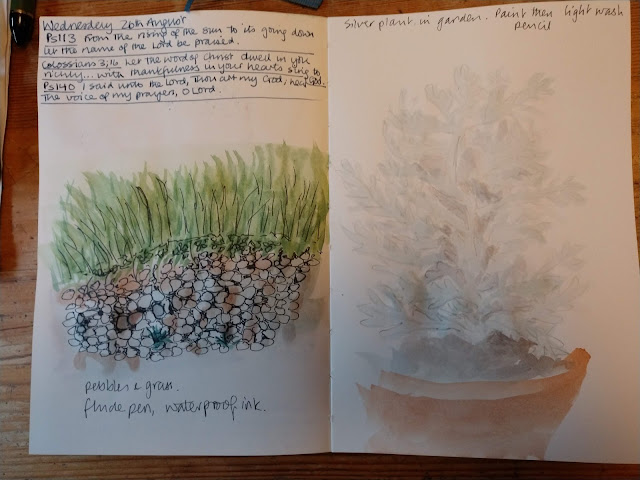 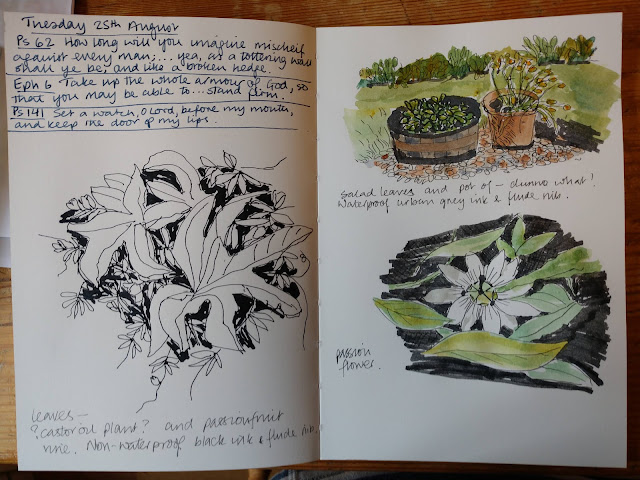 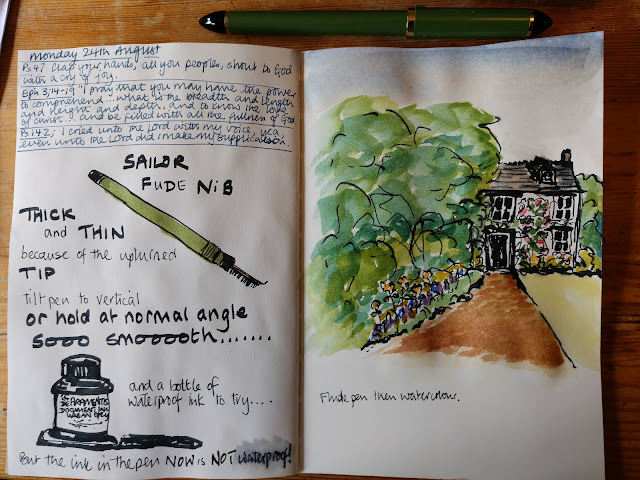 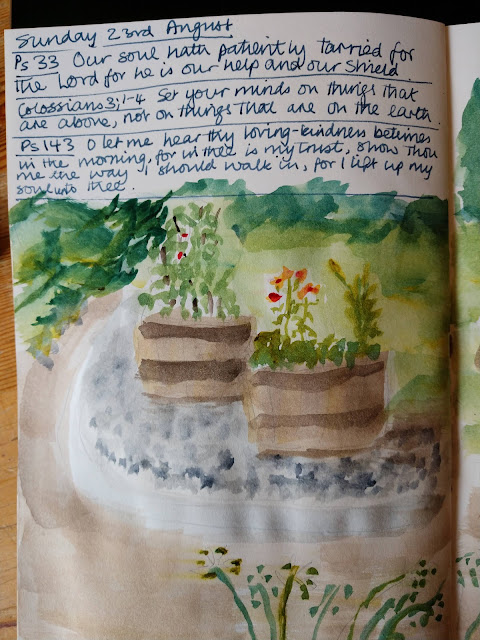 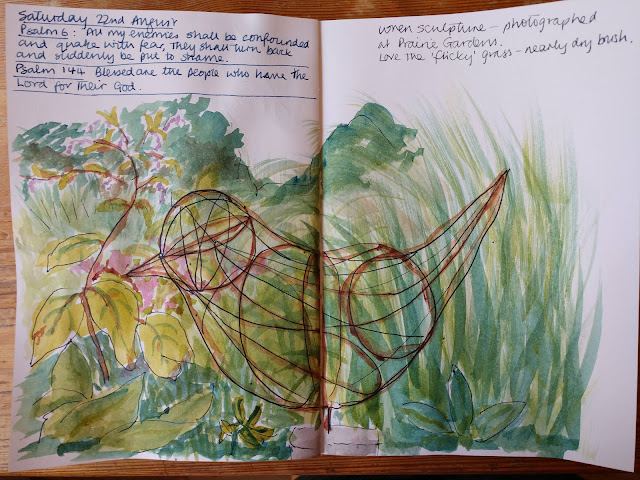 I'm also getting stuck into piano playing again. It's been a while - I think that I had been doing so much piano teaching for so long that I had got rather 'piano-ed out', but it's coming back again.