No, don't get too used to this sudden flurry of blogging! I'm just procrastinating from other stuff, ranging from hoovering upstairs to answering emails to moving the next project along. Or planting tulip bulbs, but I may leave that a little longer; the book says later in the month is better so the don't try and start growing too soon.

This post is just the drawings I've been doing since the last time, so feel free to skip and go an make a cup of tea instead. 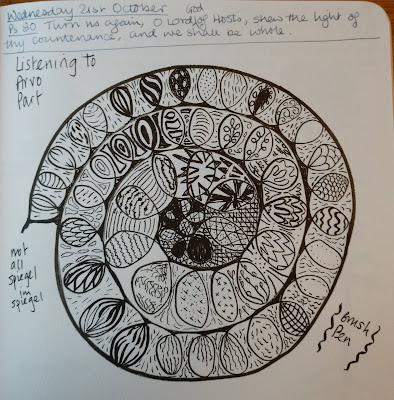 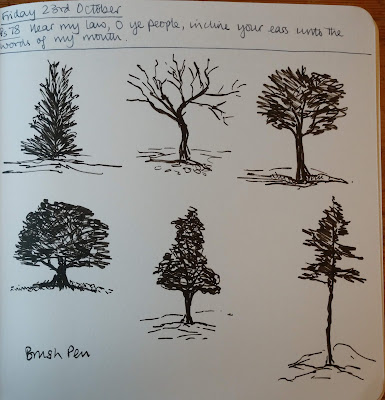 This was drawn following a pencil drawing tutorial, but as it was #inktober, I used a pen. I added the leaves the next day, 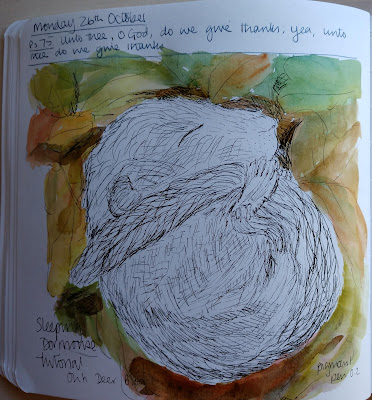 and coloured in the dormouse a few days later on 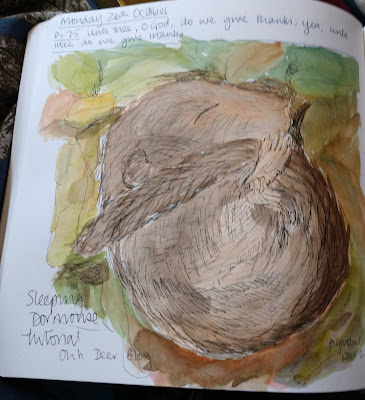 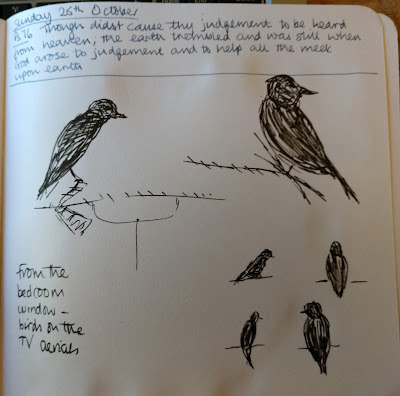 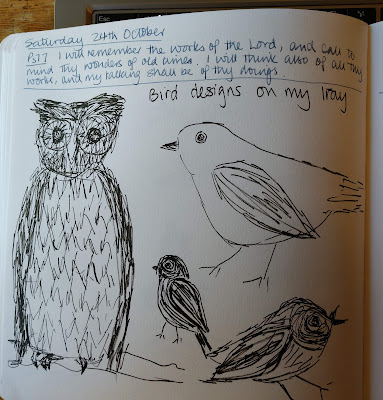 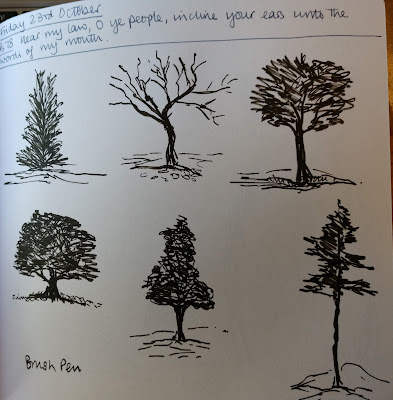 Mono prints - I find them very satisfying to do 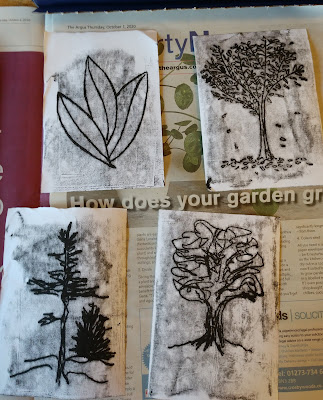 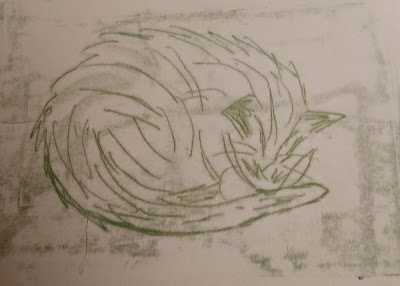 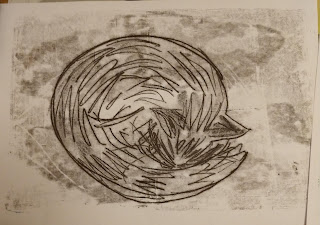 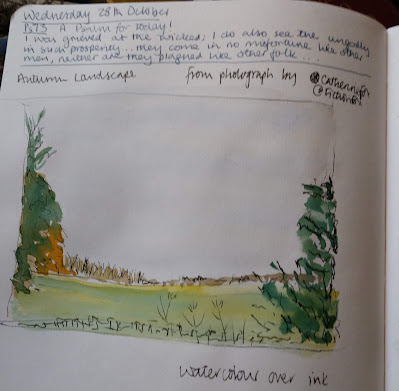 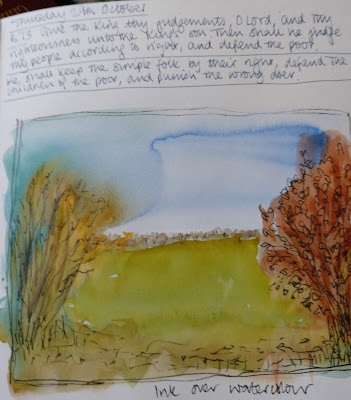 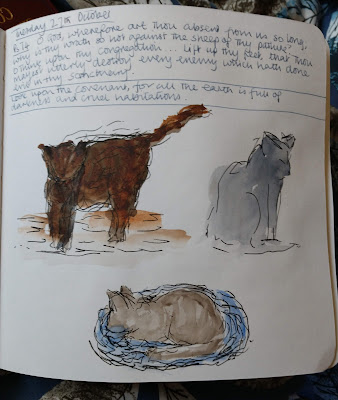 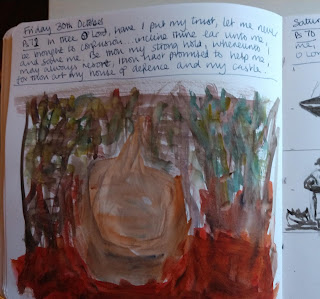 and with the drawing over the paint - I still don't like it very much. It is sort of how I remember the church at Bedham, but when I look back at the photo it is very different 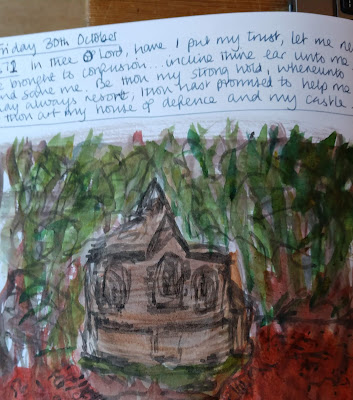