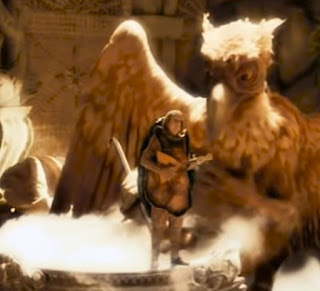 It was delicious at suppertime - lentil and carrot with a certain amount of chilli. But by 12 midnight, 2 am, 3 am, 4 am we were a bit bored of the flavour, and would have much preferred to be asleep. So we won't be buying that particular soup again. 'You should make your own soup', I hear you say, and quite often we do. But sometimes, quite a lot of times, it is so good to be able to just open the carton, heat, and serve....

Anyway, that was Sunday night's supper. We have recovered somewhat.

Monday felt like quite a dead day, but we slogged through - he slogged through, is perhaps closer to the truth - and the curtains are up. The dreary creamy beige cheap and cheerful M and S curtains, bought for the sitting room of the house we left in 1983, are GONE. In their place we have 'The Strawberry Thief' 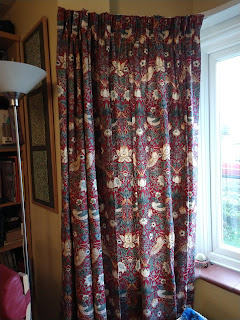 I wanted to put the Christmas tree up, but was persuaded to delay by another day and wait for delivery of Christmas lights to go in the window which were to arrive today. But are arriving tomorrow. The Christmas Tree is down, in that girt great four-fifths destroyed remnant of a cardboard box on the mat, 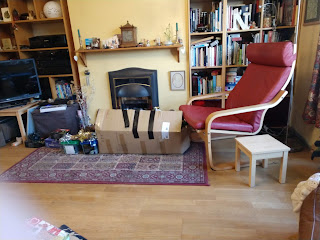 but not up, and won't be until tomorrow, or even Thursday. I am disappointed; I had high hopes of the tree being up extra early this year, but every step of replacing the curtains and curtain rail has been a series of battles, a campaign waged over several years, with rotten curtains (literally), long past its usefulness curtain track, and proper bodged mounting arrangements for said cheap useless track. Looked at in that way a day or two, a week or two, isn't much of a delay. 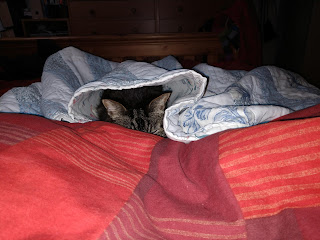 Yesterday I 'did' my second ever on-line music exam, where I 'act' the role of the examiner in guiding the candidate through the process (pieces, scales, aural tests, technical exercises). The whole thing is recorded and sent off to the examining body for marking. After the sleepless night I was quite grateful for the Advent calendar tea; 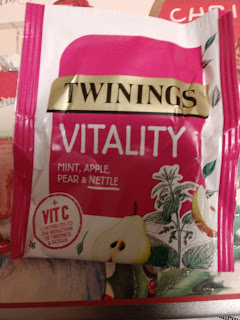 I drank two cups of it beforehand, but I don't think it was powerful enough. We did get through everything, but some bits happened in the wrong order (like announcing the name of the candidate, instrument and grade before you start - I remembered that after a while). I expect (hope) the examiners are used to dippy teachers - after all, don't we all have a 'creative' and 'artistic' temperament, our minds floating high and free above such mundane things as admin?

This is what I've got for today, and now seems like a good time to drink it as there is a possibility that I might be perpetrating another zoom exam later this afternoon... 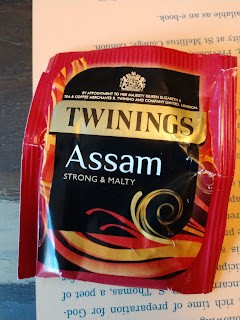