Proper pictures of ice-flowers, as in taken on a proper camera; 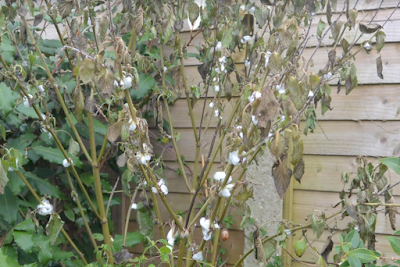 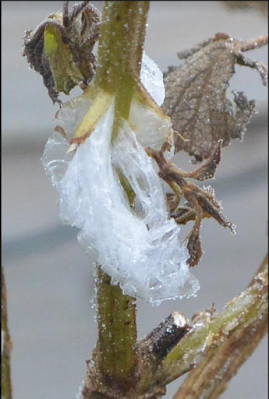 You can see how the ice has formed  feathery strands.
Today's surprising discovery is that Cillit BANG! Lime and Grime can do a decent job of cleaning brass. I was trying it out to see if it would remove the lime deposit on a candle stick that had been sitting in some water.
This is the one - it had been doing duty as the centre of the Advent ring. I do find a lit candle is good company when I am doing admin or typing stuff 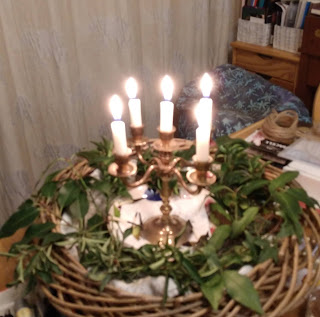 Considering that I put this together at the beginning of Advent, and the water in the dish dried out several weeks ago, I'm surprised the greenery has lasted so well. One type has shriveled, but the rest, and the ivy looks more or less the same as when I assembled it. The wreath outside the front door is still going well, and I have left it there as part of my 'defiance against the dark'.
I did my typing practice again today. I was doing ok when it was just asdf jkl; and I was using the 'proper' computer. Now e and i have been added; two more letters has more than doubled the think time I need. On the plus side I am now typing little phrases. I'm sure there's a story in there, somewhere.

Next time I will be adding g and h - this could be a straw that breaks my brain.
For some time now I have been unable to do more with the tv than switch it on and watch whatever is in the tv guide for some time now. W have a selection of remotes and mobile phone apps called humax and roku and I haven't got round to learning how to operate them. Now it is looking as though our tv isn't smart enough either these days; we thought we'd watch a BBC programme on iplayer, but that doesn't seems to be a possibility at the moment. Tech support has gone silent; he's in think mode. Oh well. I can read a book!