Hooray - I'm back! The last two months have been aptly summed up by this poem 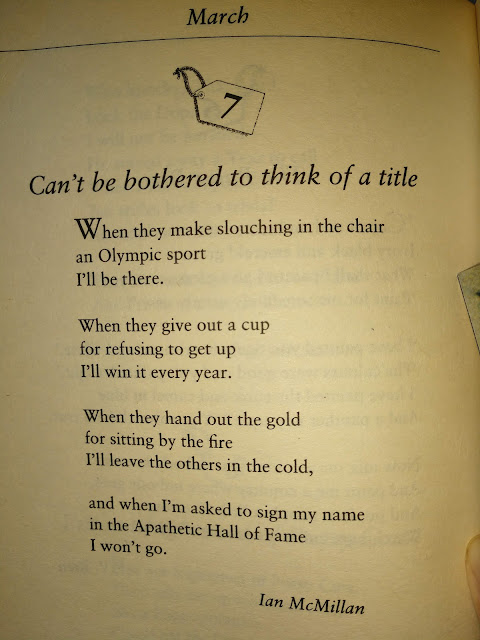 It turns out that my total lack of 'oomph' was entirely due to the reduction in the dose of steroids I take, and now that I am back at the original dose everything has changed. I'm walking faster and further, have more energy and am 'sitting up and taking an interest' as my Northern Irish relatives would say.
The one thing to take away from the whole experience is that I can be sure I am on the optimal dose for me!
So, what has been happening to me in the past fortnight?
The Queen - ah yes, the Queen. We watched the funeral on television, so moving, so beautifully done. My heart went out to the Royal Family - it has been such a strain on them. It would have been for anyone - but most of us do our grieving with friends and family, not with the whole world watching and commenting and analyzing our every move, gesture, item of clothing, angle of hat or veil... I hope they have managed to find some time and space to kick their shoes off and have some peace and quiet.
One of the families I teach went to London; they arrived at The Mall early in the morning to find that the closest they could get was already six rows back. Everyone was very pleasant, and someone let the three children go to the front. However it took them several hours afterwards to walk back to Victoria Station; the crowds were so huge that there were police and security shepherding them all, holding lines of people back to let other columns cross and so on.
Sewing
I have at last finished the August (!) embroidery postcard. I'm not posting a picture here as I will wait until Ang has received the parcel first. It took longer than I thought (as usual) and this coupled with energy depletion made it take a lot longer than usual.
I have to admit to being unfaithful to the embroidery for a few hours;
I bought a very cheap version of a speedy weave loom 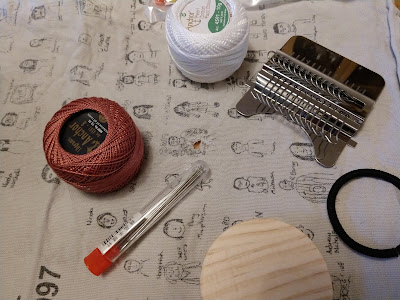 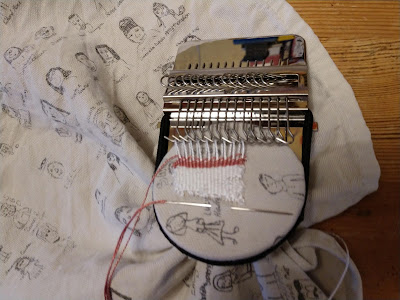 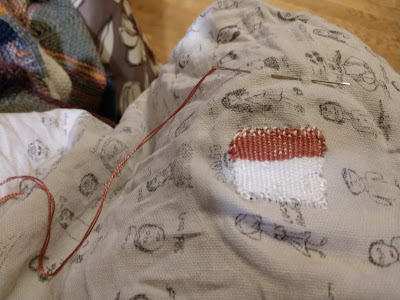 No textiles are safe in our house at the moment - luckily we have a lot of tattered tea towels for me to practice on.
My loom and accessories was only about £10 - and I can see why. The loom itself is tin plate, roughly finished where it was cut from the sheet of tin. But it is good enough to do the job.
Visible mending is enjoying a resurgence at the moment. The loom method is a bit fiddly to get started, but very soothing once you've got it going.
Family
The actual day of the Queen's death, as I said in the last post, were overshadowed by our own family drama when my father had an accident and cut his head. I am glad to report that he has had the stitches out and it seems to be healing well. He is having it checked over in the next few days.
We (best beloved and I) met up with the offsprings last weekend at out favourite Farm Shop Cafe. The weather was great - bright and sunny - if a bit cold. Getting together is very weather-dependent now that we are properly into Autumn
My cousin is due over from France next weekend. She will be able to stay in the guest accommodation at my father's flats, and plans have been made for us to have supper outside on a couple of evenings. BUT, these plans were made back in August! I have a feeling that supper in the garden is NOT going to be such a good idea at the beginning of October! We shall have to think again.
Drawings
I'm keeping up with the 'sketch-a-day' book. The current photograph is a bit fuzzy, so I will post the drawings anther time.