After we had finished with Bognor, what then? where should we go?

I've always wanted to visit Boxgrove, which is just outside Chichester, so that's where we headed. Or rather, didn't head. But that was soon rectified by going completely round the next roundabout.

It's a small Sussex village, with the remains of a priory. http://www.boxgrovepriory.co.uk/index.html

The ruins of the guesthouse, 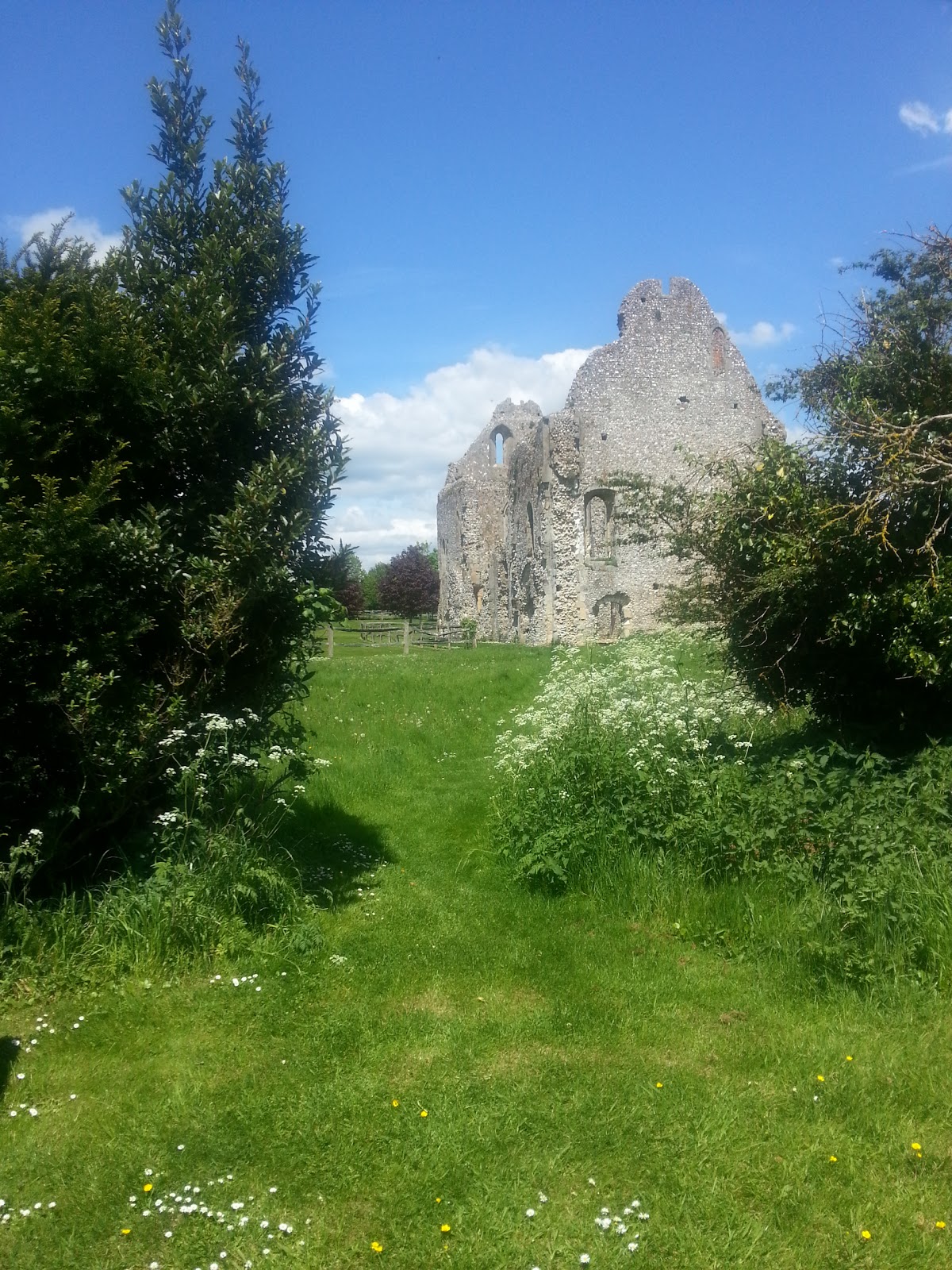 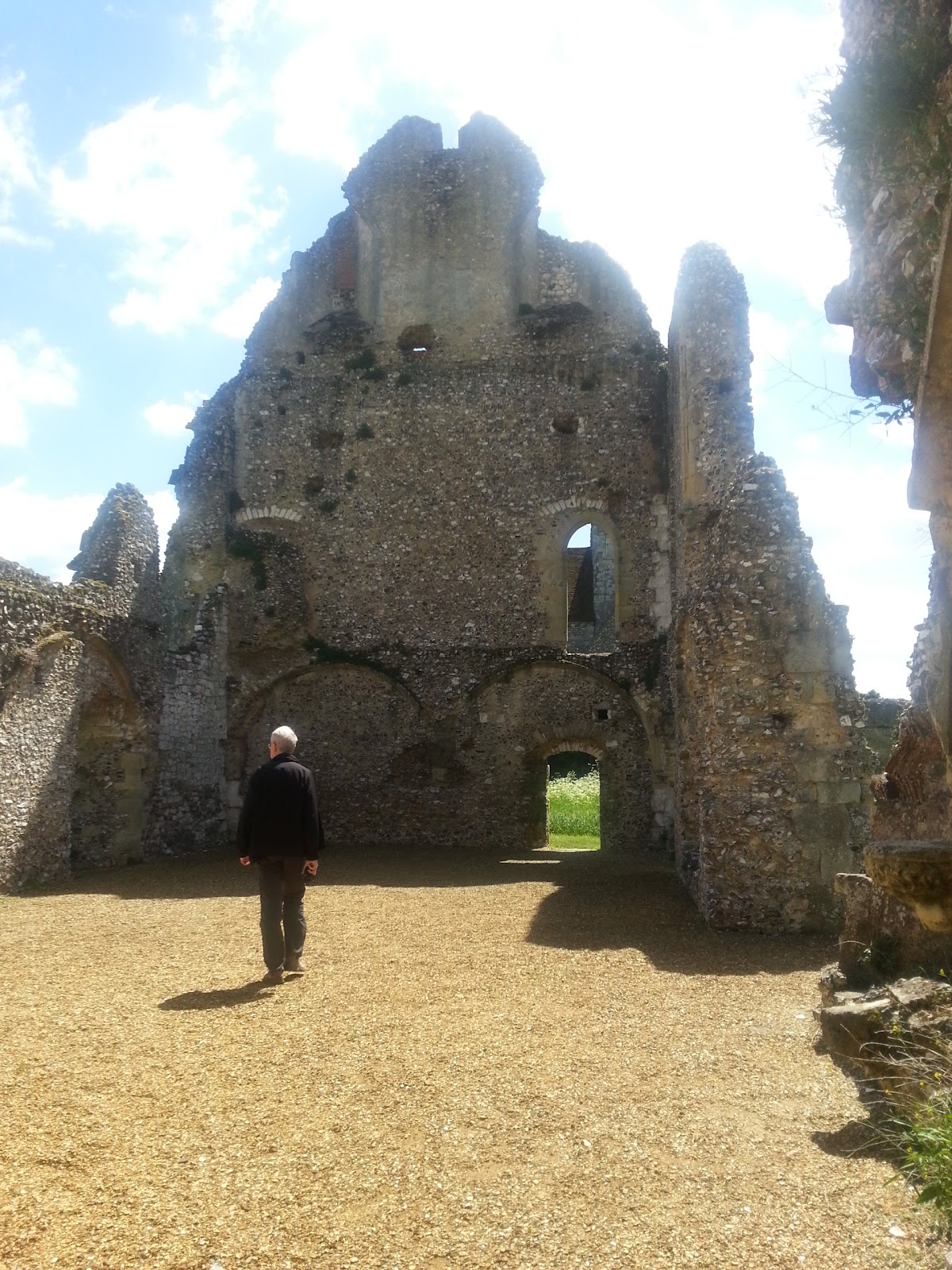 the entrance to the old cloisters, 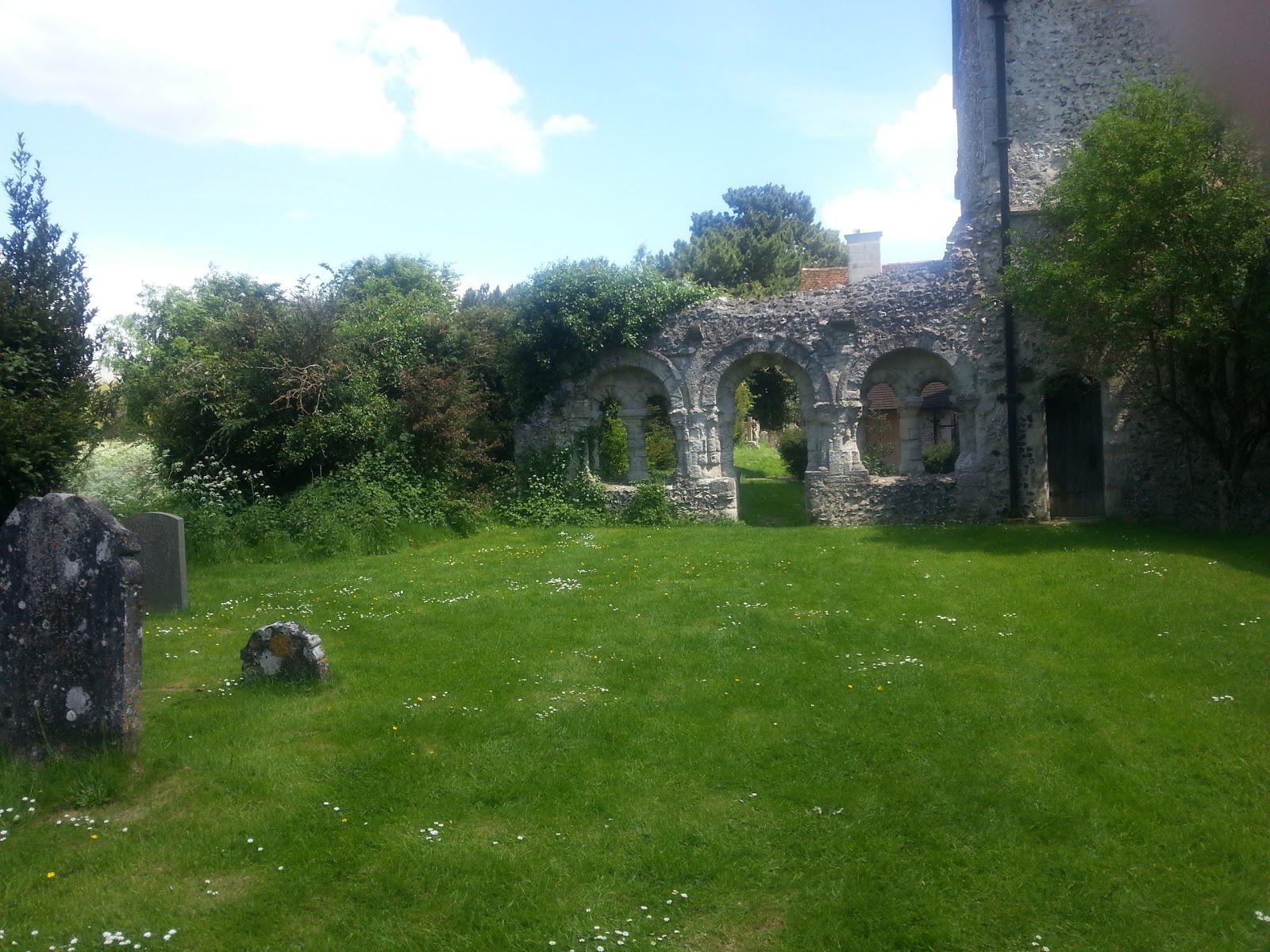 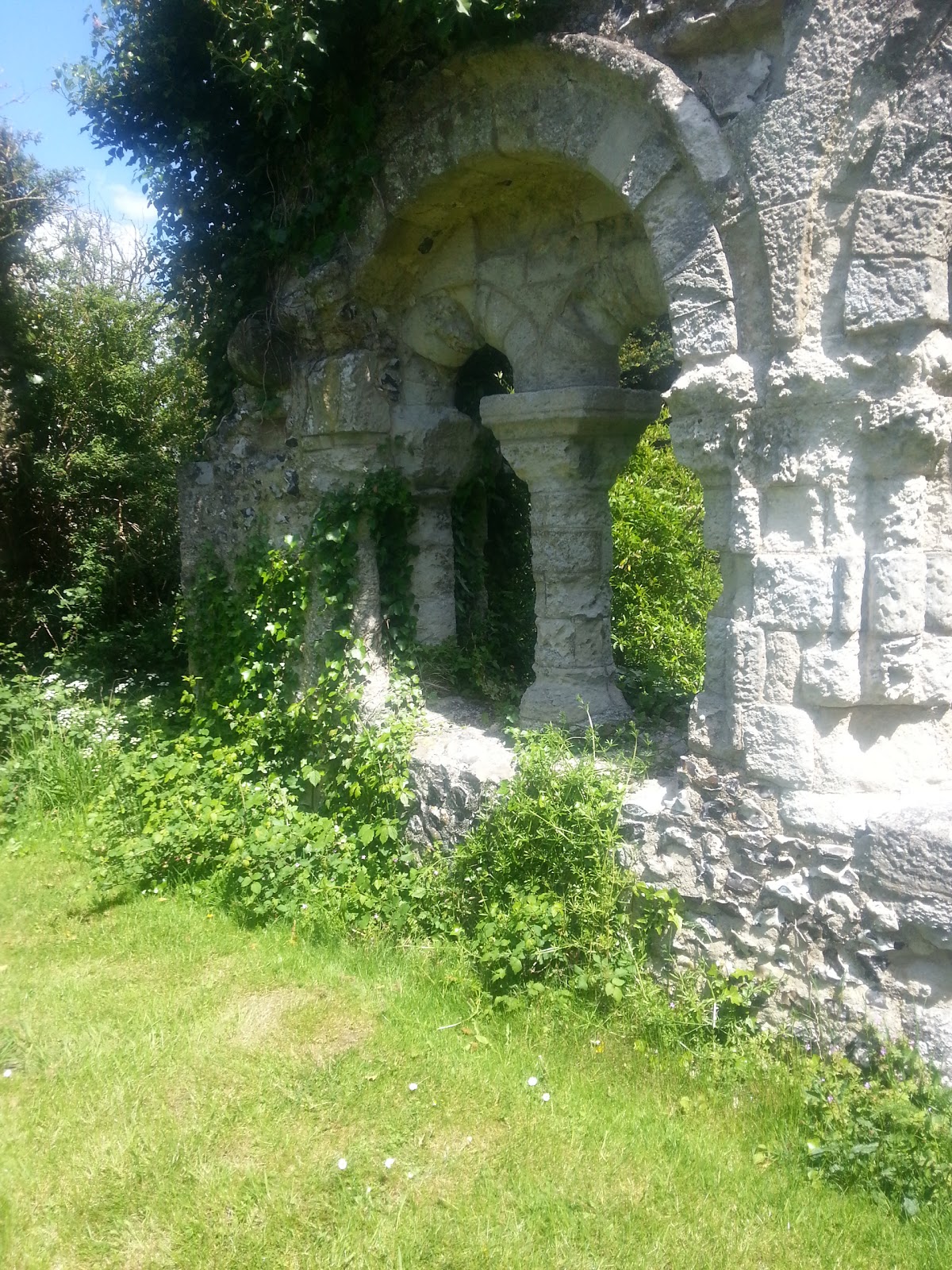 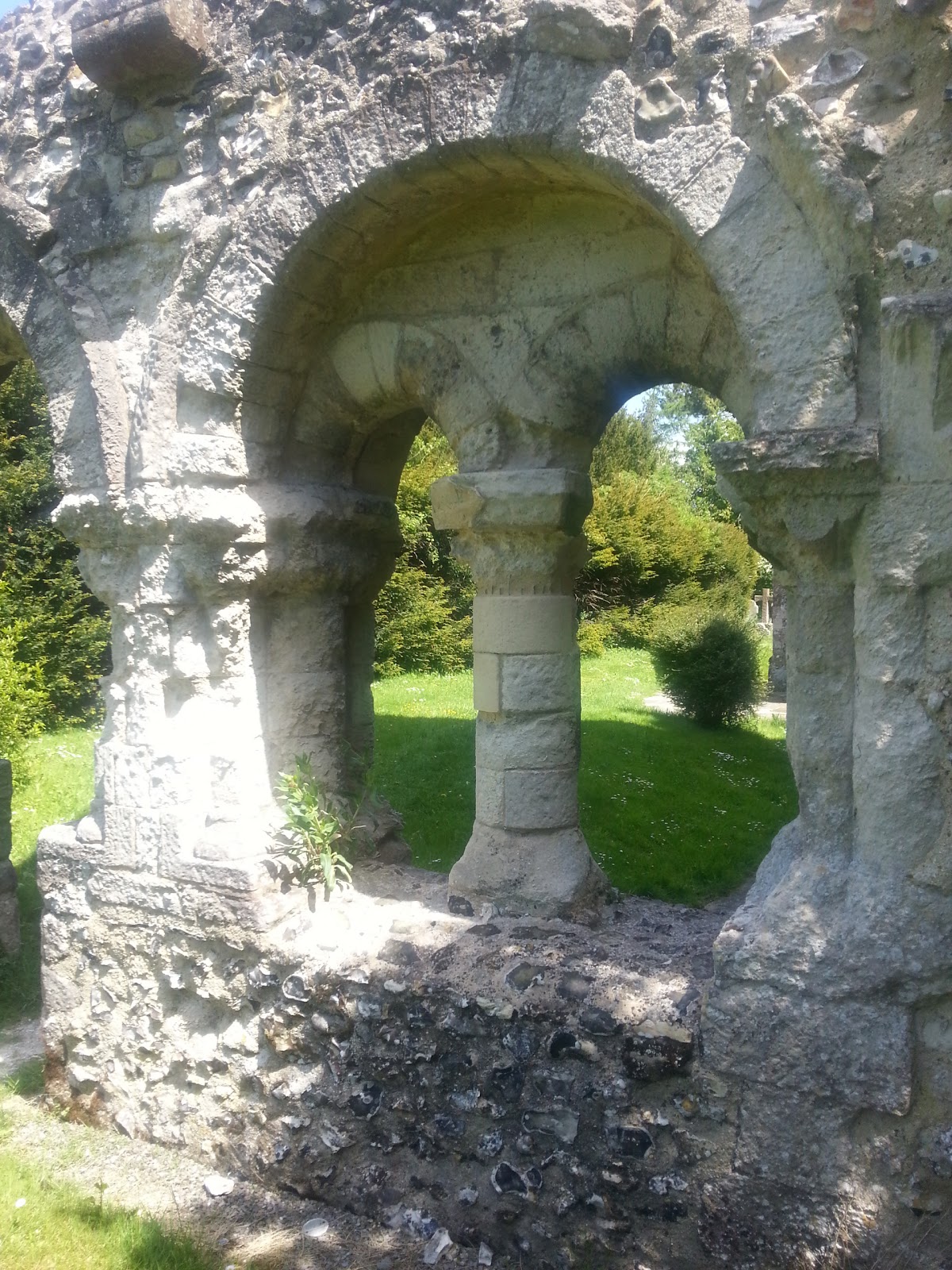 and just half a church. 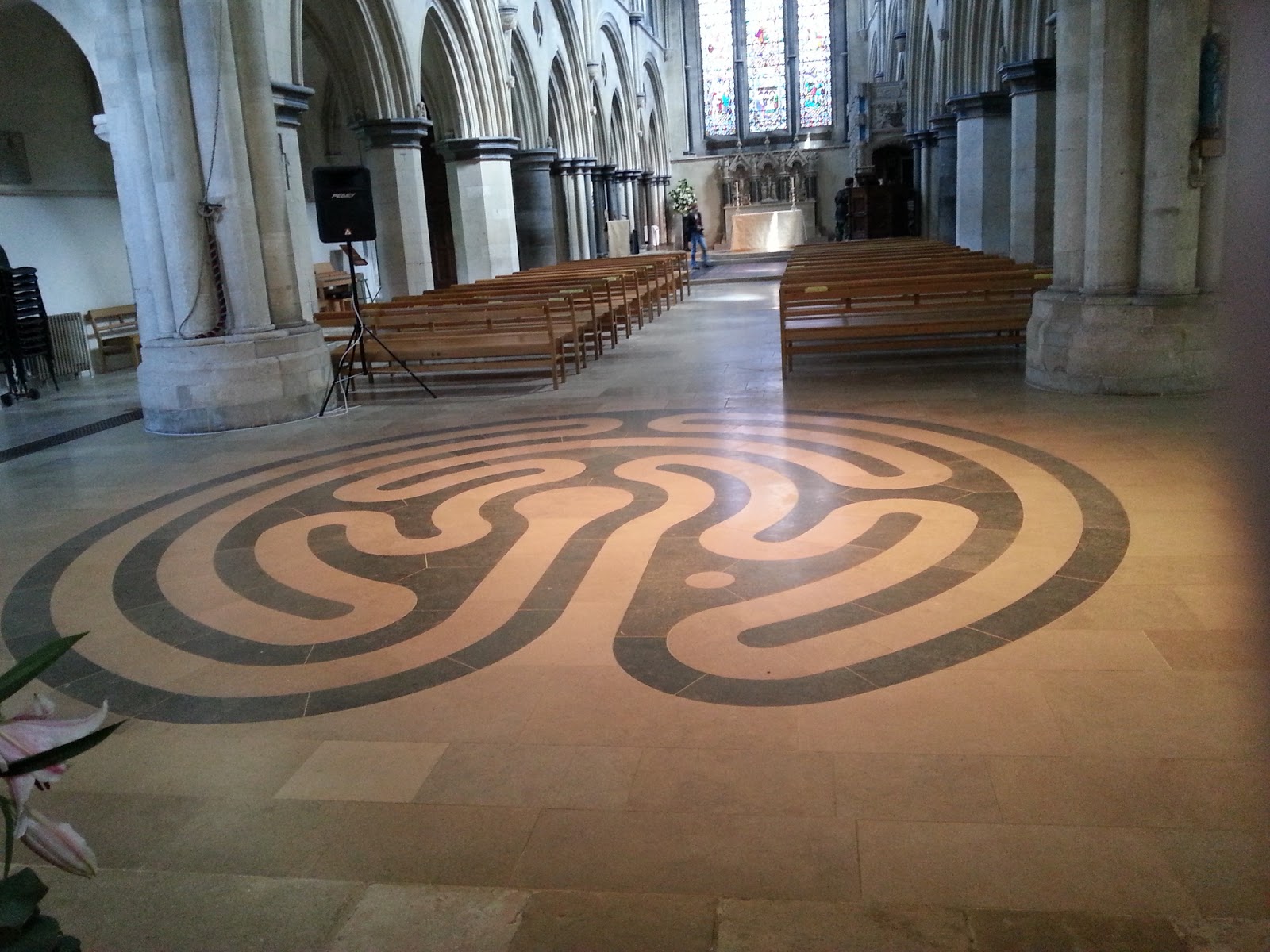 I'm standing where the North and South Transepts meet. The church ends just behind me. Originally there would have been a screen, and about the same amount of church again, where the village people would have come to worship. This was demolished after the Dissolution of the Monasteries.

The an entry on the ibenedictines blog (www.ibenedictines.org) laments the way that the chantry chapels  lost their original purpose; http://www.ibenedictines.org/2013/05/22/of-chantry-chapels-and-olden-times/, and masses are no longer said in them for the souls of the people who had endowed them.

Here, the De la Warr chantry is used for the reservation of the sacrament, and as a place for quiet prayer, and prayers are said for the De la Warr family every Wednesday, as requested in their Will back in the sixteenth century. 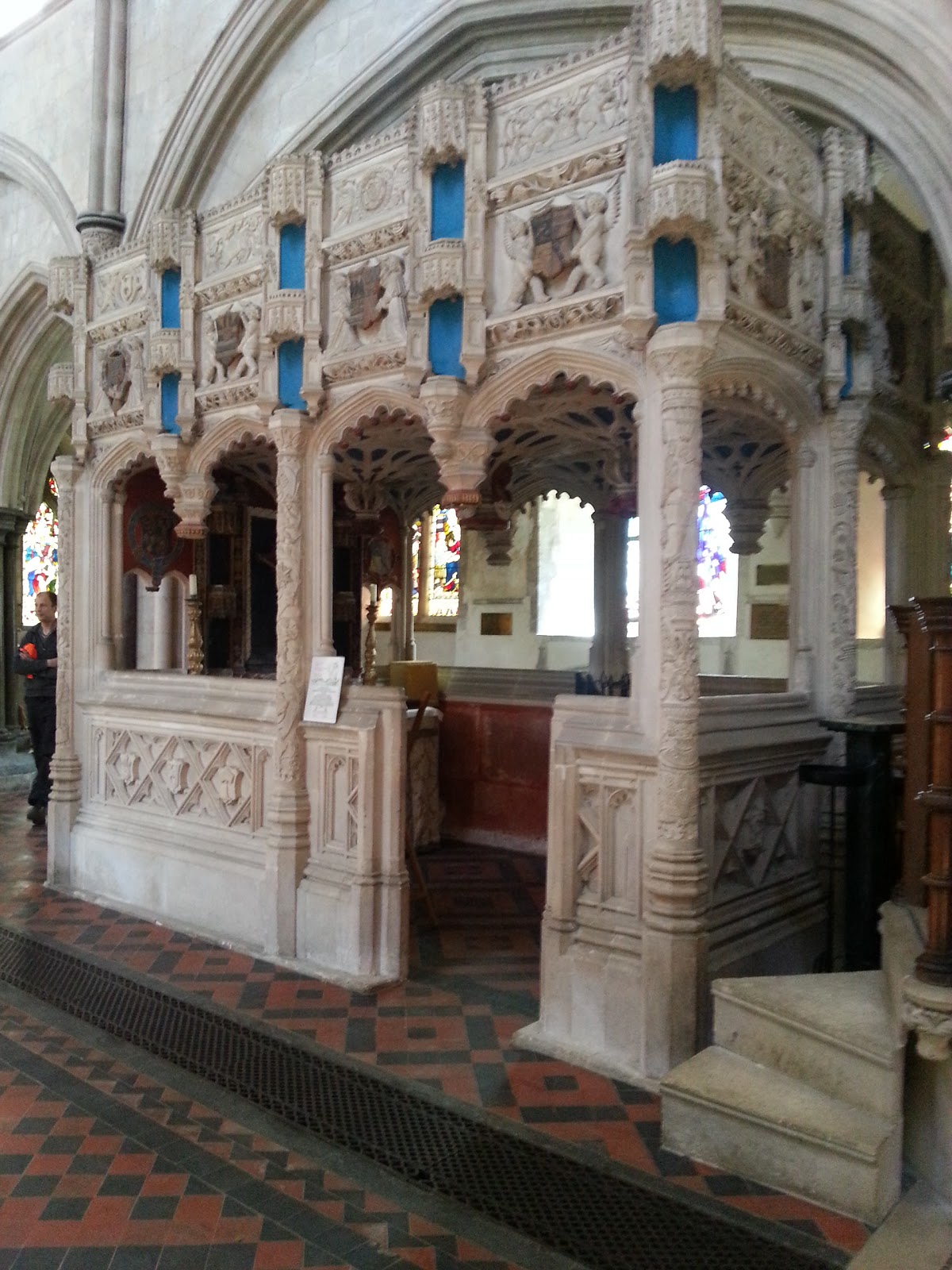 We had to make our visit in two stages as there was a wedding in progress when we first turned up. So we wandered around outside while the congregation sang the first hymn; "Guide me, O Thou Great Redeemer" seeping through the windows and doors was just perfect.

We went off for a late, light lunch at the Anglesey Arms up the road (scallops and bacon, the one soft and delicately flavoured, the other crisp and salty, yum yum and very yum) and returned later to look around the interior. A romantic, Sussex Spring day, full of colour, and birdsong, and flowers... 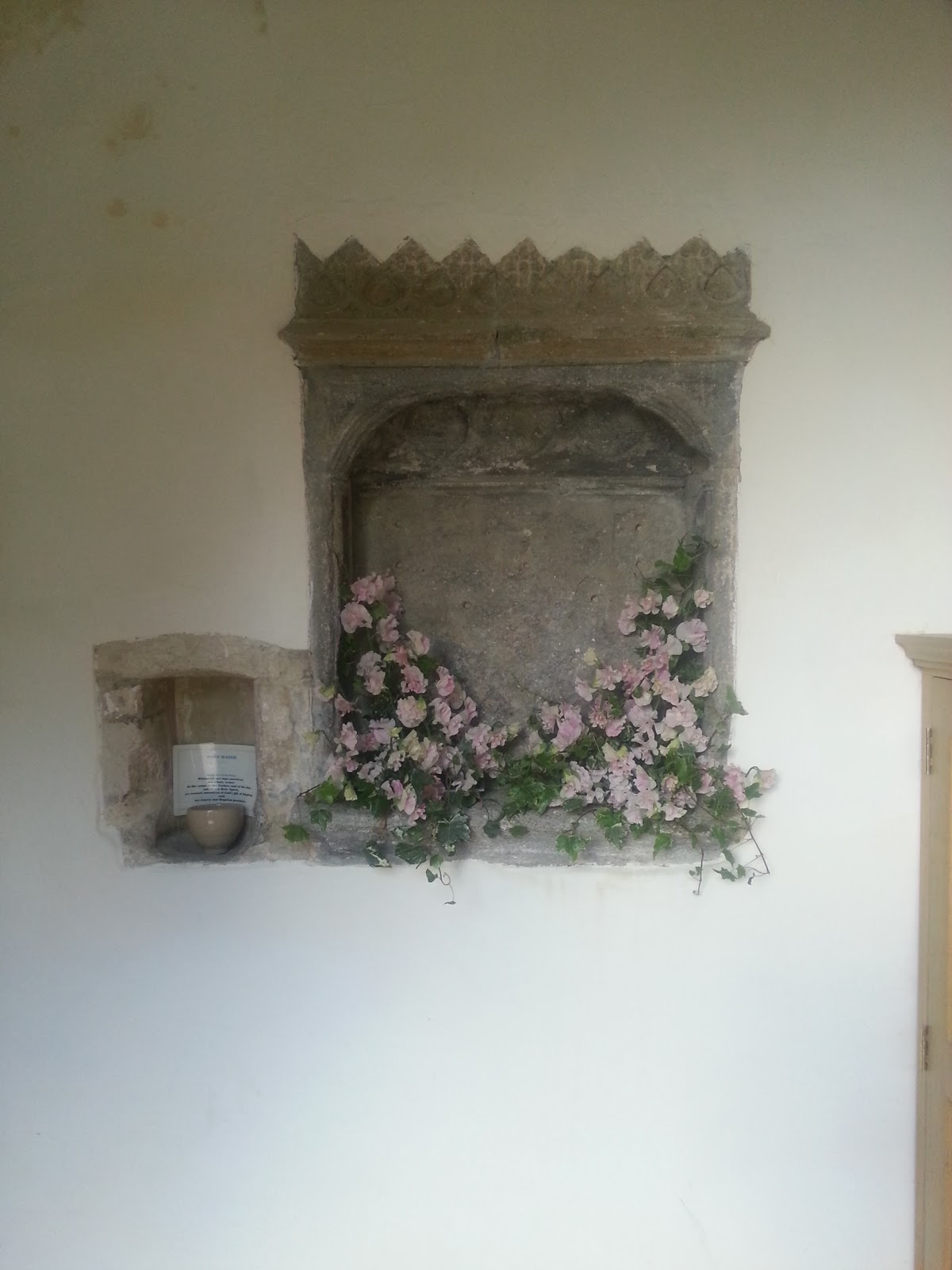 We came home refreshed, revived, having had a great day out, just the two of us. We had seen the sea, driven through the most beautiful countryside, up over the downs and back home again. Perfect.