Time for the crock pot again;

this morning, somewhen between 10:30 and 11:00, I loaded it up with the odds and ends from the bottom of the fridge.

several sticks of celery, a shallot, an onion, four medium carrots, three assorted potatoes, three small cloves of garlic, all peeled/trimmed/sliced/diced/mashed into small pieces according to their size and shape,

then stirred round in the pan with a tablespoon of plain flour, and stirred around some more with about half a pint of hot stock until evenly mixed up.

On top of that I added some braising steak and half a carton of passatta.

I set the crock pot to auto which means an hour on high followed by low until it gets switched off.

Seven hours later, the vegetables are cooked, and the meat is nearly tender. I have switched the crock pot back to high while the potatoes are baking in the oven.

Last week I braved the wasps and rescued as many of the apples as looked to be still intact - a large tub full. After the beef stew and baked potatoes we will have baked apples and (tinned) custard (there is a limit beyond which I cannot go).

Take a large apple each, cut out the core (I have an apple corer) making sure to remove ALL the pips and the "toe-nails". Cut a line round the hemisphere of each apple with a sharp knife to stop them from exploding, and put them in an ovenproof dish. Three-quarter fill the core-holes with dried fruit, top up with brown sugar and a knob of butter. Pour some water into the dish - about half an inch - and bake at 170C for around half an hour - give or take regarding temperature and time. They will be jolly hot when they come out of the oven. It's a good idea to time it so that they are ready when you dish up the first course to give them a chance to reach eating temperature. Serve hot or cold, with cream or custard or ice cream. 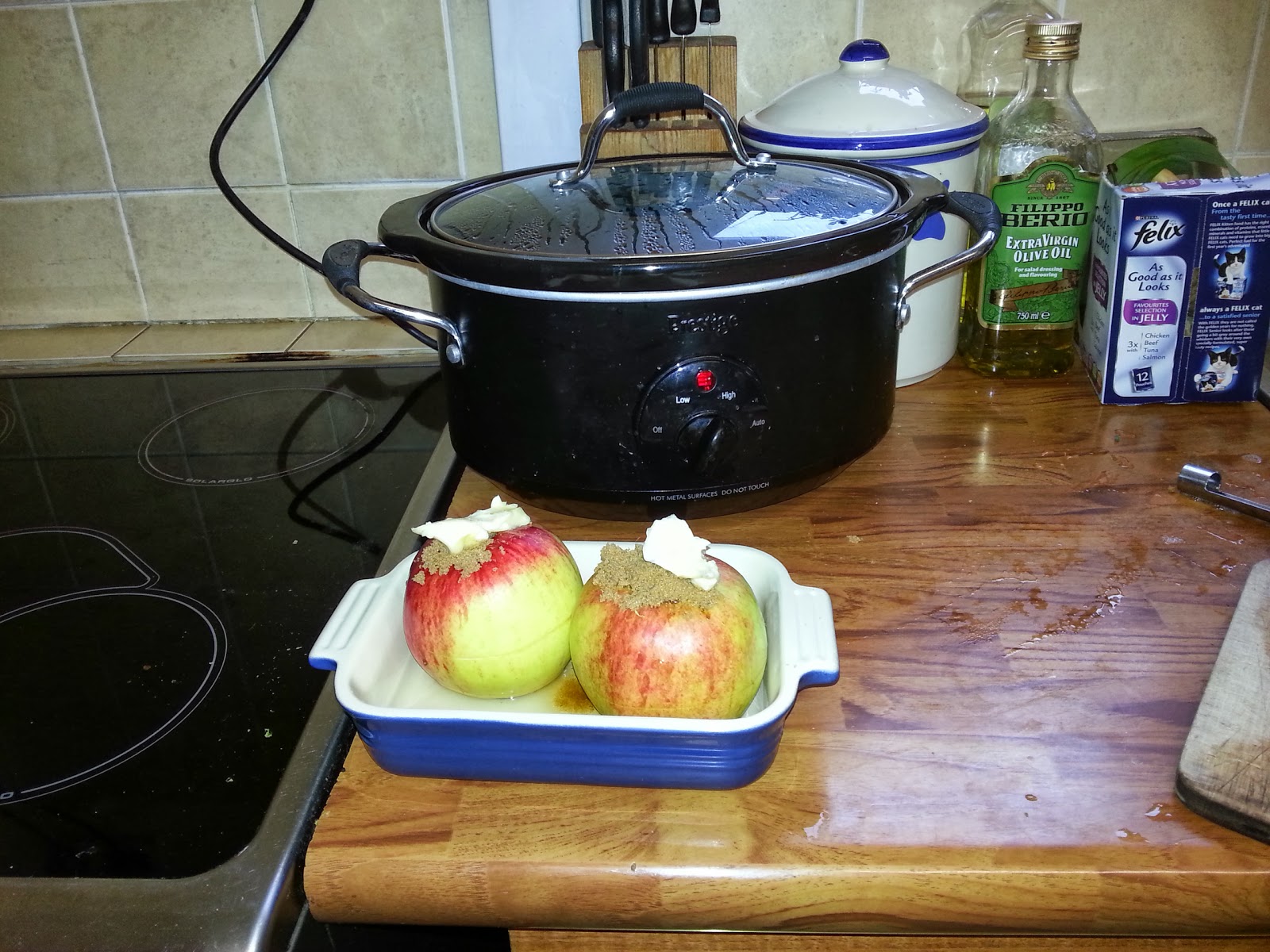