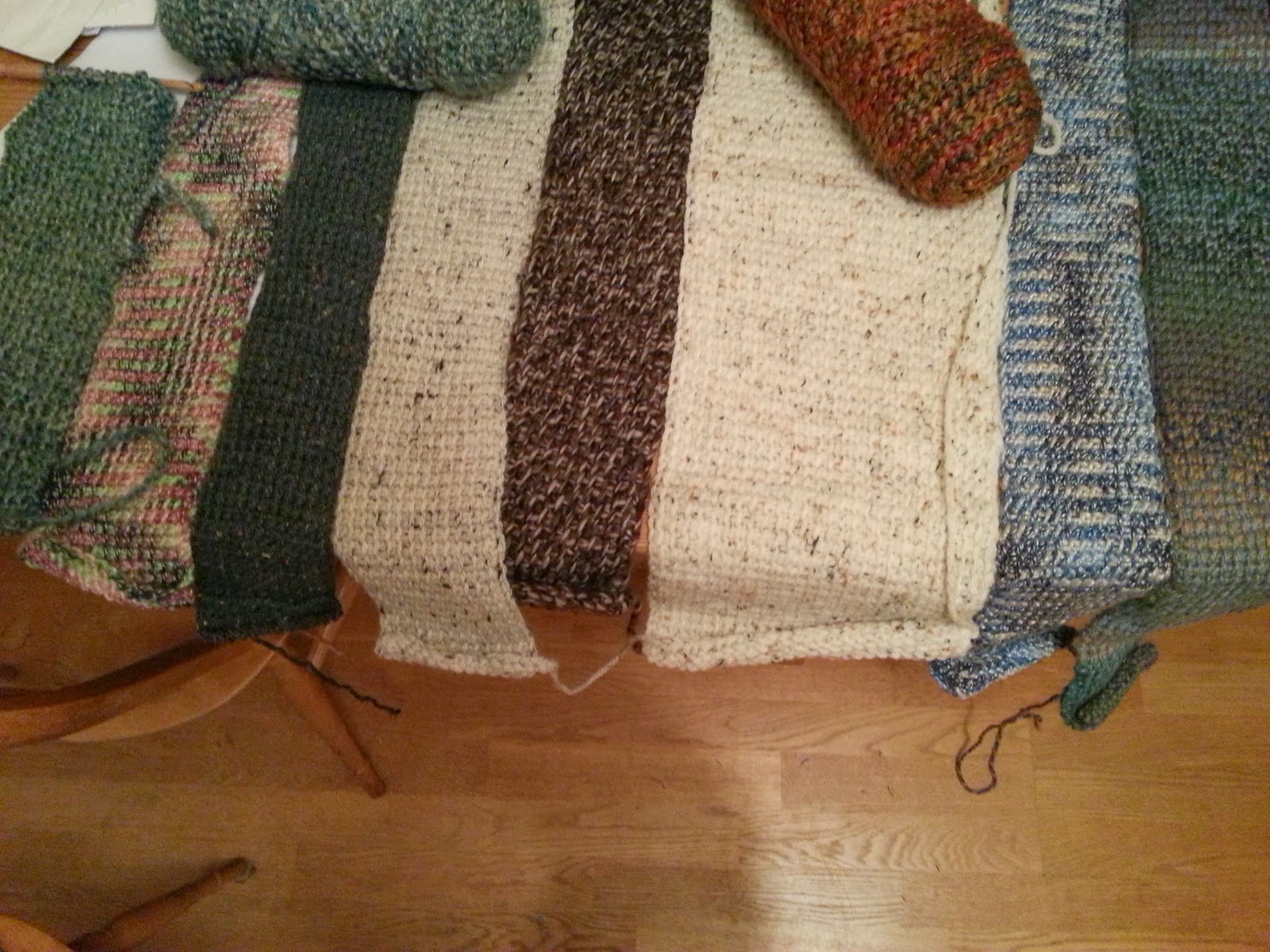 The concept of the Tunisian Crochet blanket/throw is beginning to look plausible - there are seven completed strips now, eight, if you count the double-width cream-coloured one twice. That one is a souvenir of our stay in Dover Castle last May - seems like months ago. Oh, that's probably because it WAS months ago.

I am part way through one of the Canadian yarns I brought back with me, the strip on the extreme left, chosen because of the greens and blues which remind me of the colour of the water thundering through the gorge below the Niagara Falls. 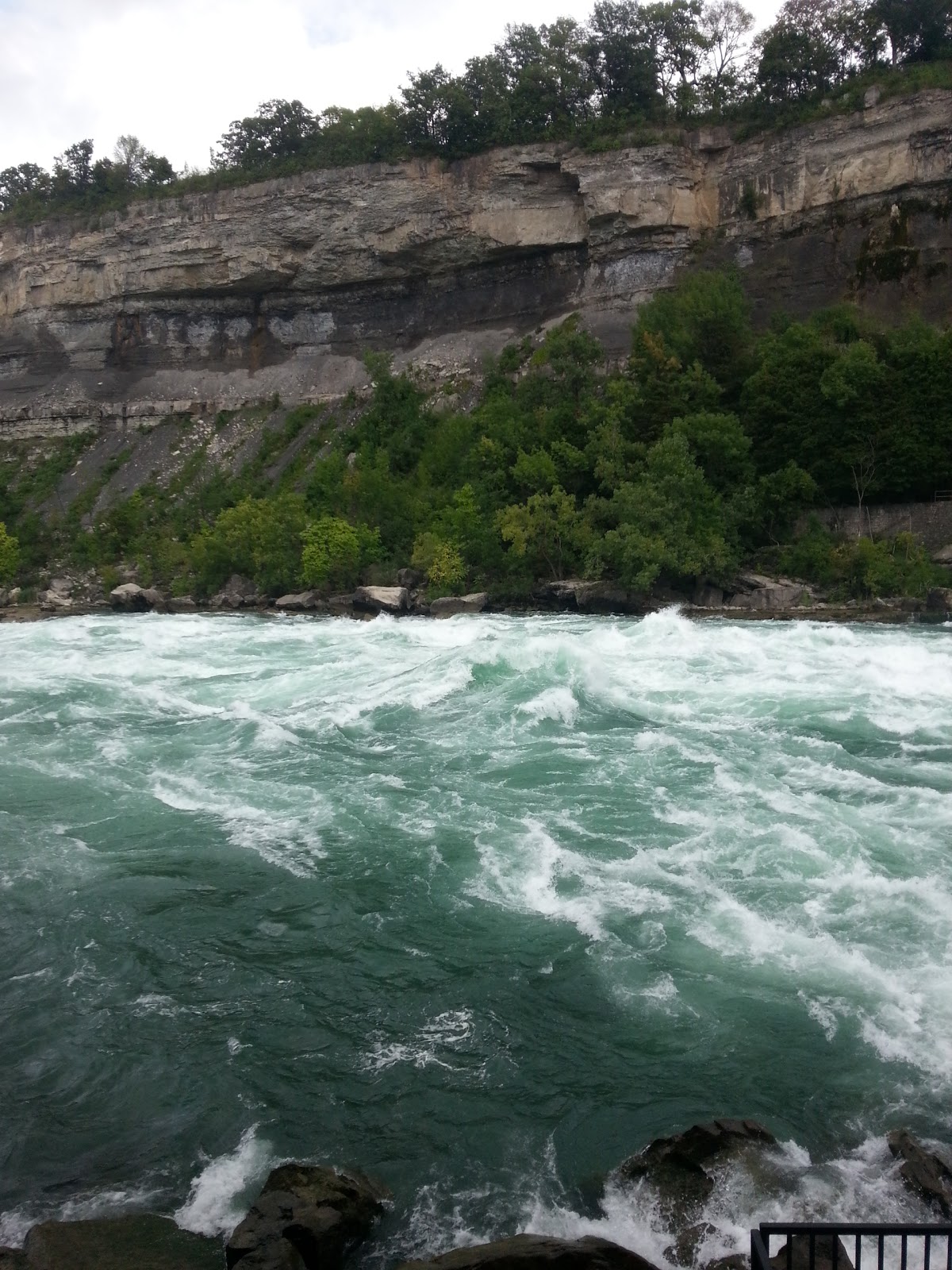 It looks a bit dark with the others above; here it is again, with the tawny yarn I bought at the same time for the "Fall" colours.
. 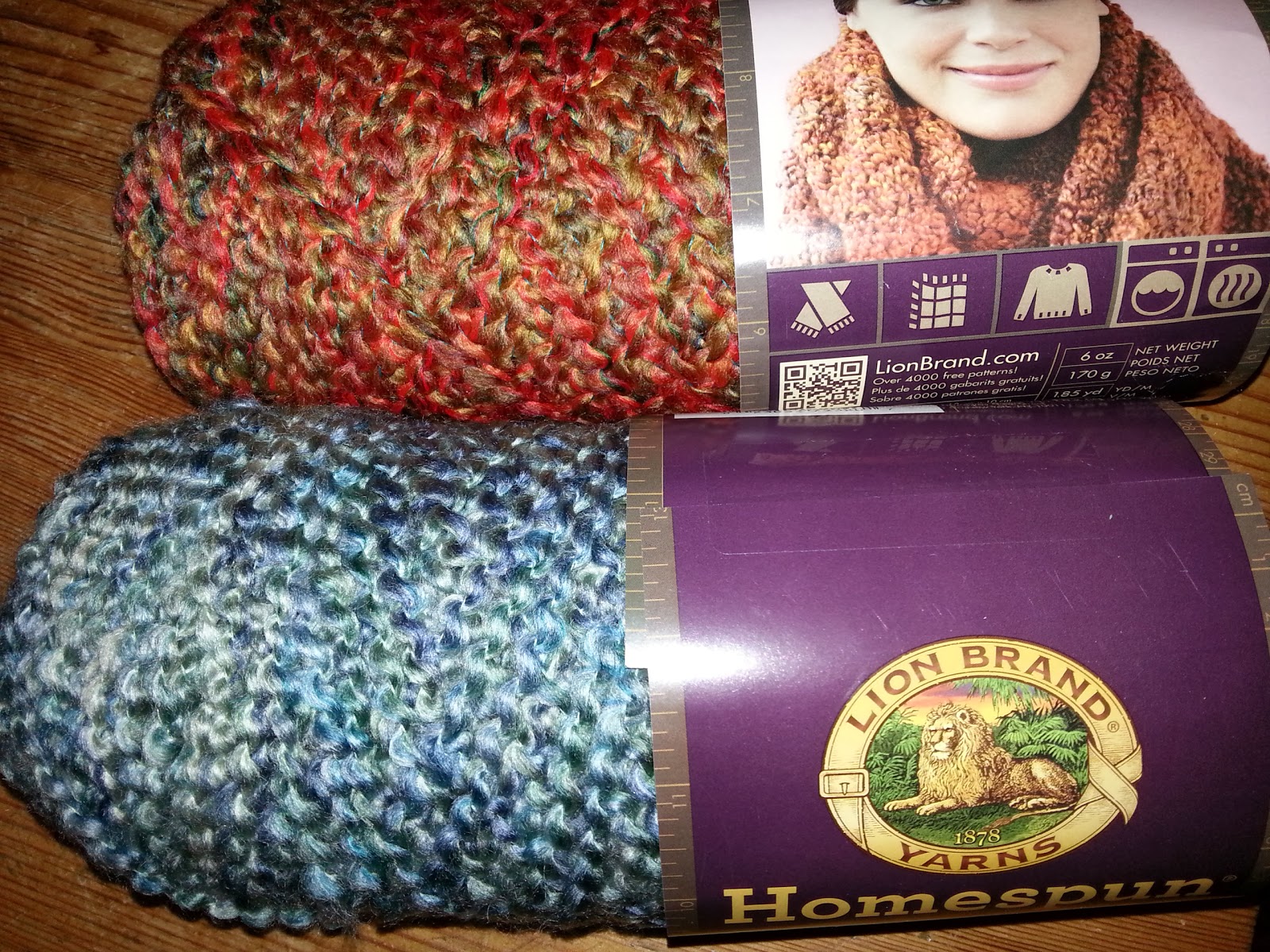 I like the idea of having a souvenir blanket of the year. Several of the strips have extra meanings because of where I bought the yarn, or where I was when I was crocheting it.
Posted by KirstenM at 19:10:00