Supper the other day made me happy - Roast Fennel and roast tomatoes and baked potato and an egg.  I LOVE fennel. It might not look that exciting, but I LOVE fennel and I really enjoyed my supper. 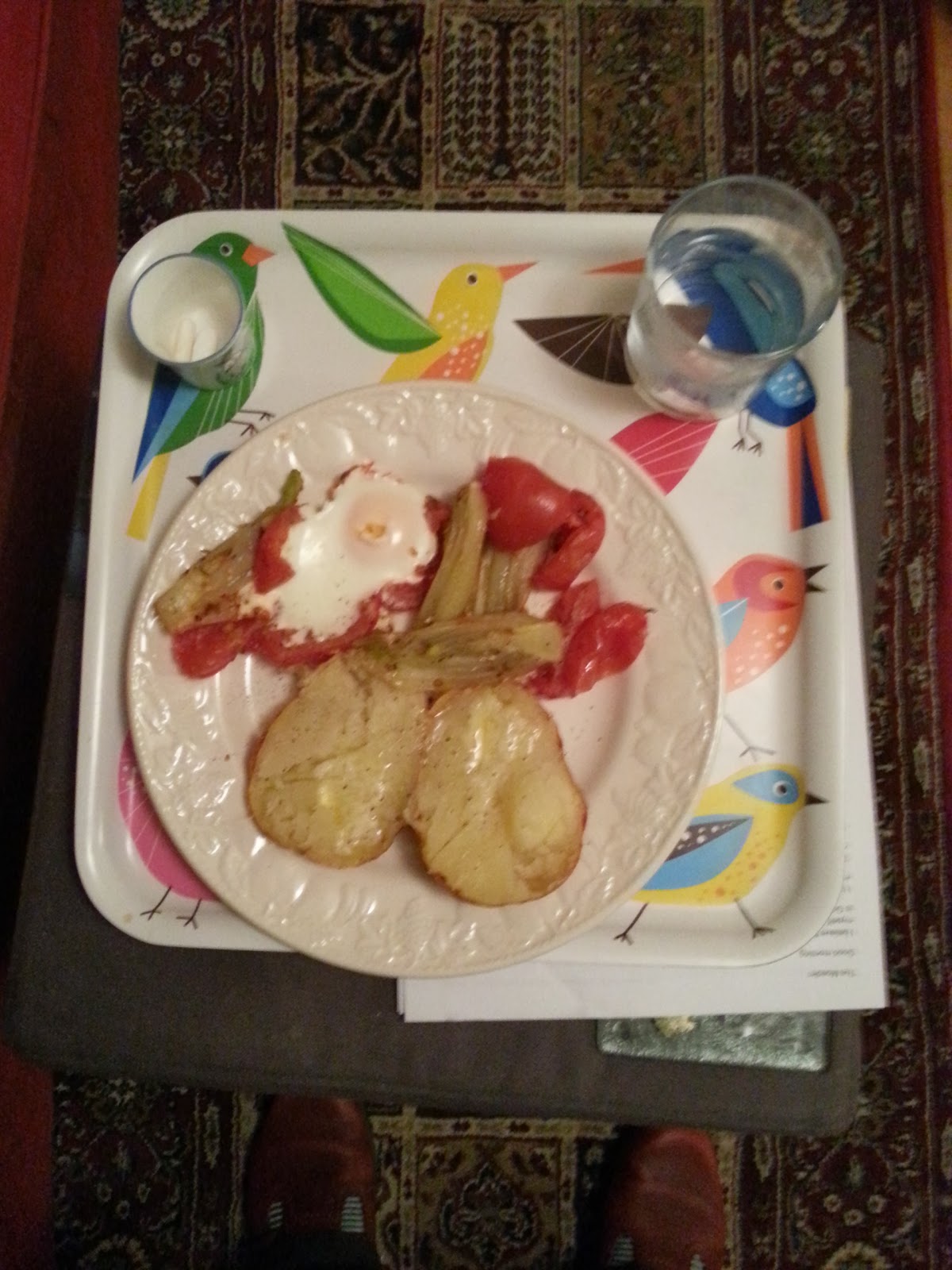 I got the baked potato started (wash it, prick it with a sharp knife and microwave it for four minutes, and put it in a preheated oven at 180 for an eventual total of an hour's cooking) before I blanched a small bulb of fennel (cut into quarters and simmer for 5 mins in boiling water, drain well), and quartered some beautiful vine tomatoes, and crushed some fennel seeds. coriander seeds and black peppercorns in a pestle and mortar. Then I coated the tomato and fennel pieces in extra virgin olive oil, sprinkled the crushed fennel/coriander/peppercorn mix over, added a grind of salt and baked it for nearly half an hour.  It needed some protein, so I cracked an egg into the dish and put it back in the oven (for slightly too long, and I can't remember how long that was, to be completely truthful) by which time the potato and everything else was cooked and delicious.


This was lunch today; an all-day breakfast (haven't had one of those in a LONG time, maybe not since Canada back in 2011) at the Balcombe Tea Rooms. Yum. I like to mix the tomato ketchup and brown sauce together; one is too sweet, and the other too vinegary, and together they are Just Right. Those hash browns were good too; 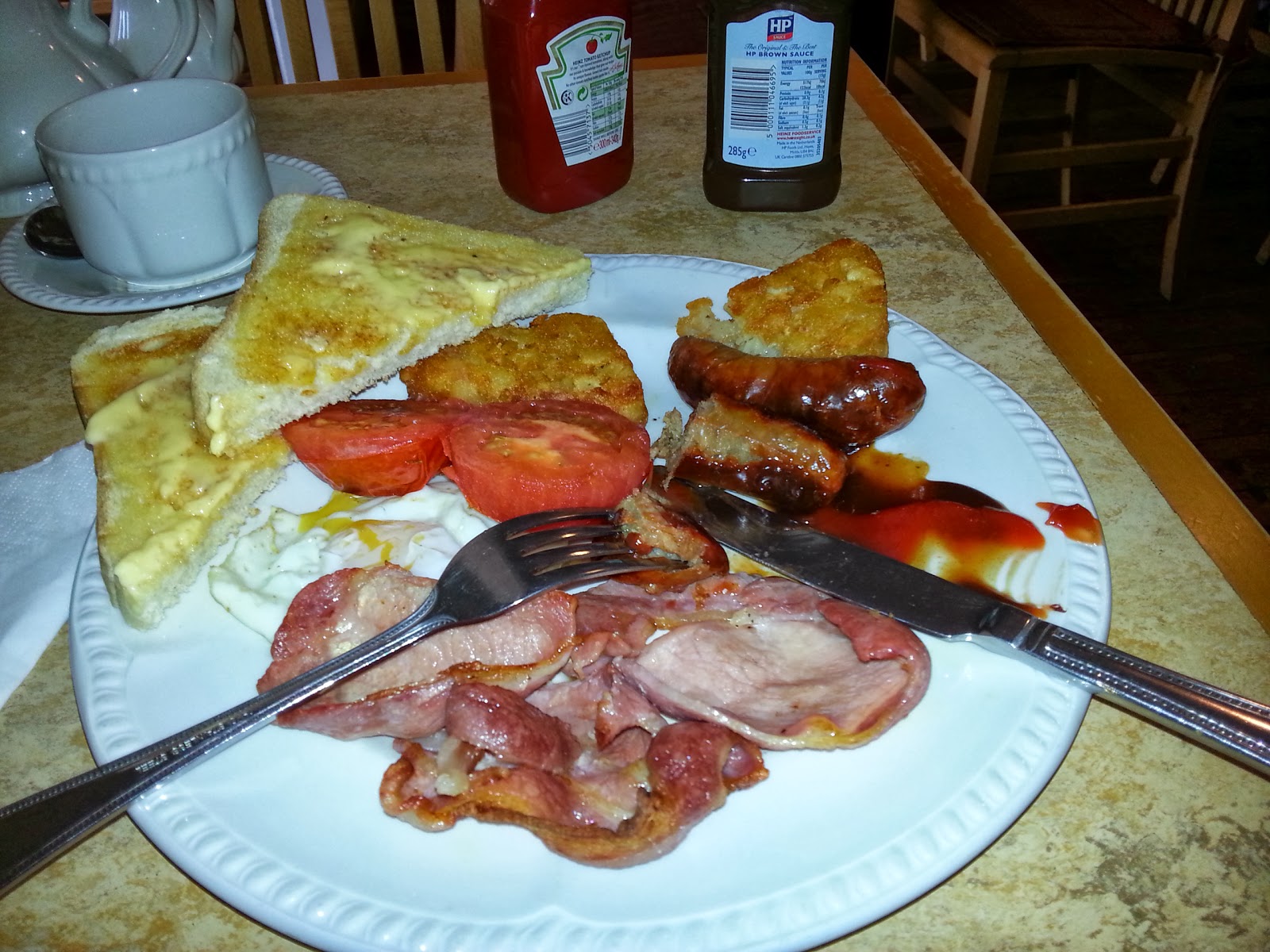 I haven't seen any sign of the protests at Balcombe when I have been going through these past few weeks. It was obviously all happening somewhere else in the area. I noticed that the tea rooms were closed during the last two weeks in September. Whether this was their annual holiday, or to do with the fracking protests, I have no idea.

No photograph of  today's supper. After that lunch it was just soup and toast!
Posted by KirstenM at 20:51:00