I'm not a great one for doing the garden.

Back in 1984, when I walked the length of this road in order to view the house that was to become our home, I noticed that the majority of people clearly belonged to the "manicure and trim with nail scissors" school of gardening, at least where their front gardens were concerned. I almost turned back - it is a very long road - but I had already walked for about half an hour to get here, so I kept going.

The front garden of this house was not as neat as the neighbours - let's say "kitchen scissors" standard. We bought it anyway.

We still have the same neighbours, and their gardens have evolved over the years, but are still well up to horticultural standards. I like to think that ours provides good contrast, and makes their look even better by comparison.

However, there are two shrubs that are tatty enough that even I am getting fed up with them. To encourage myself, I have taken before: 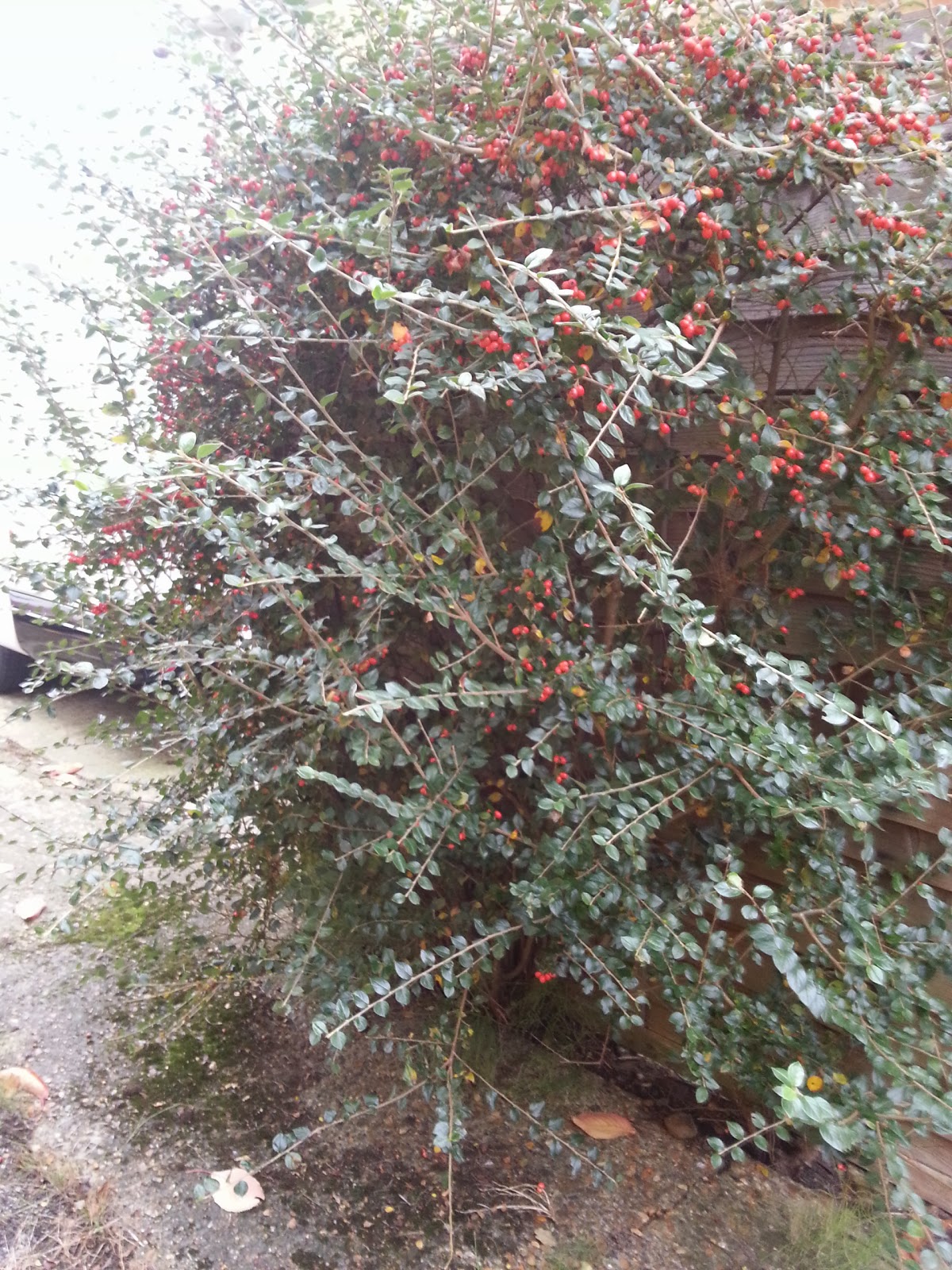 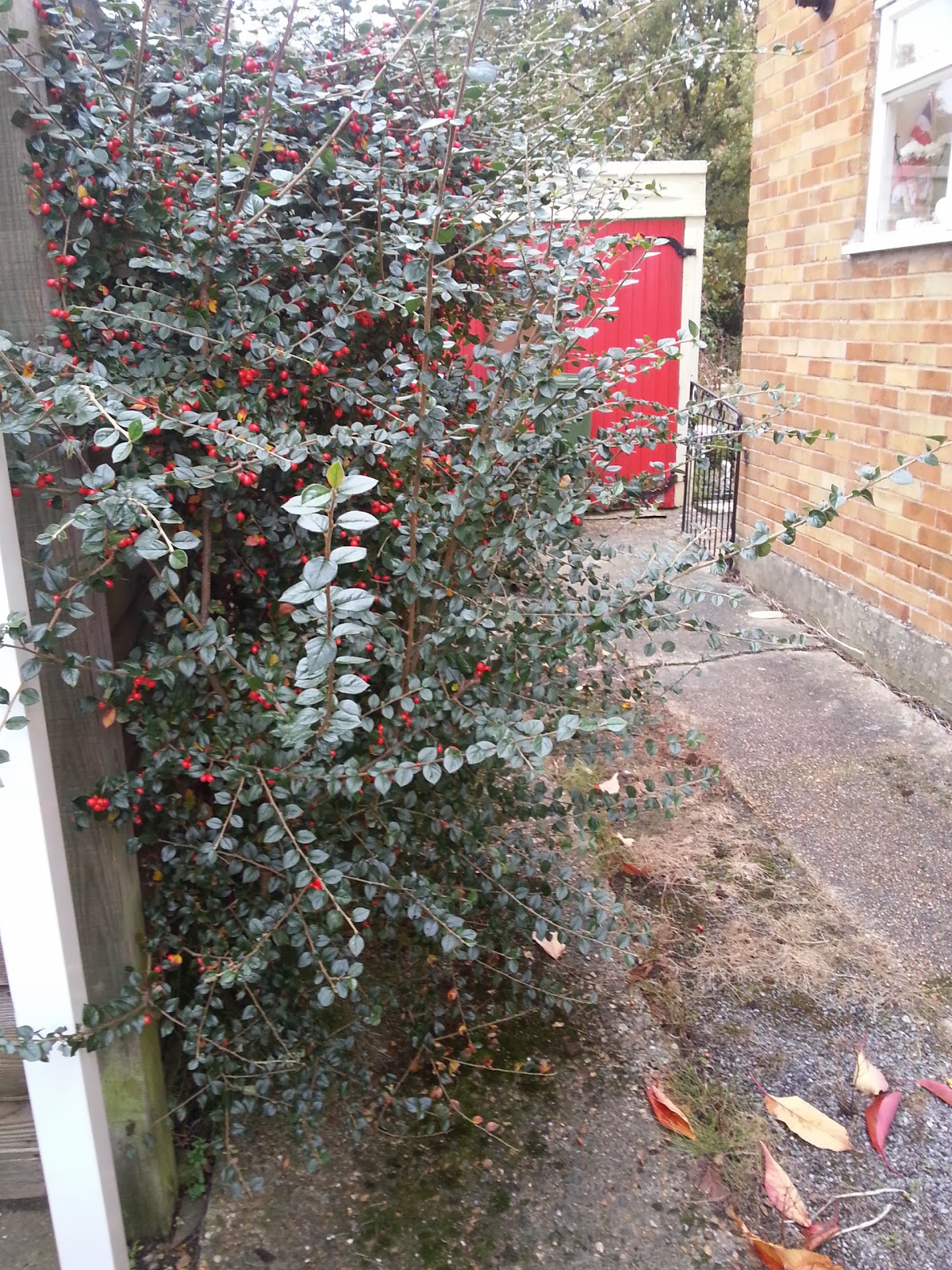 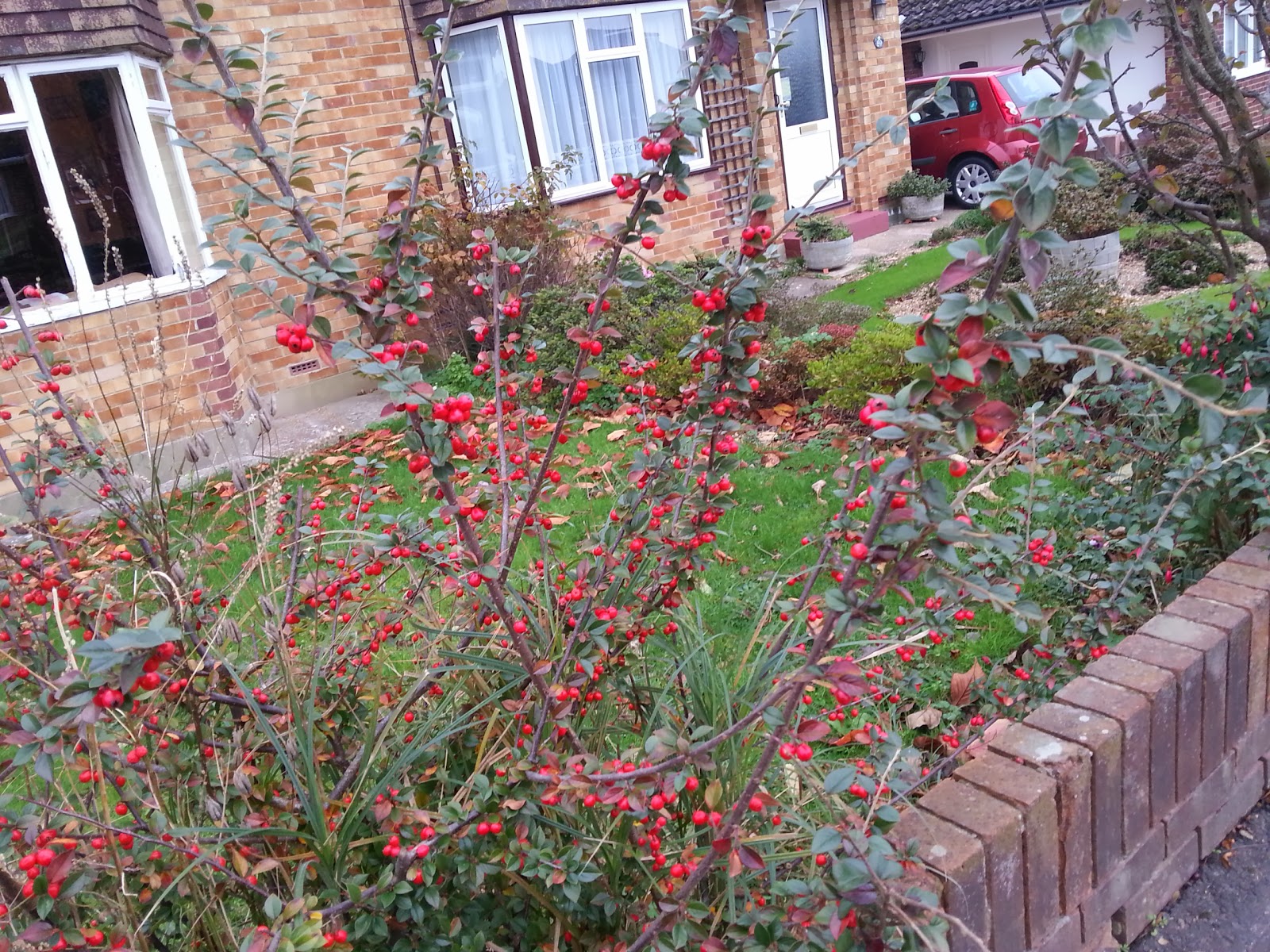 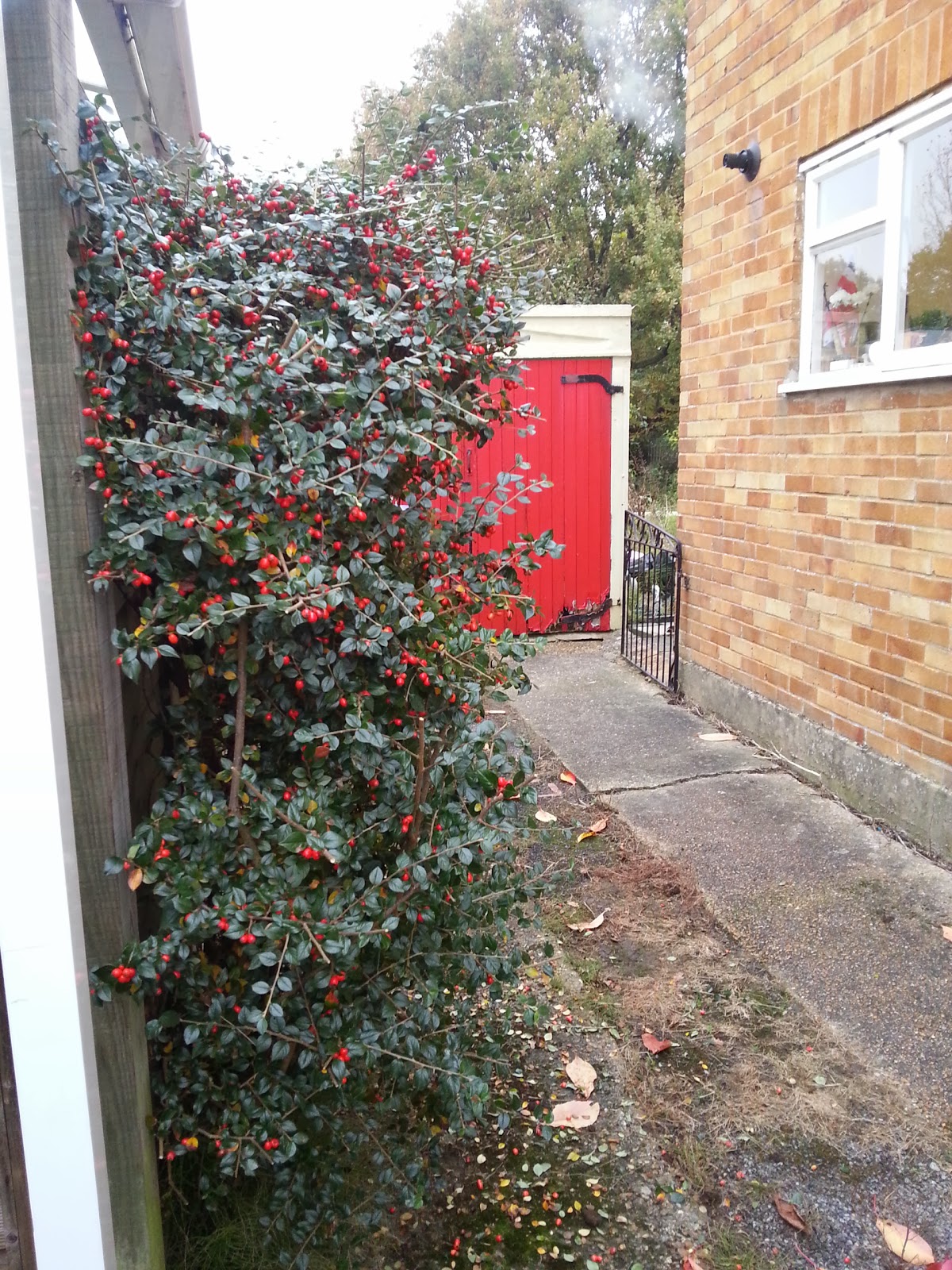 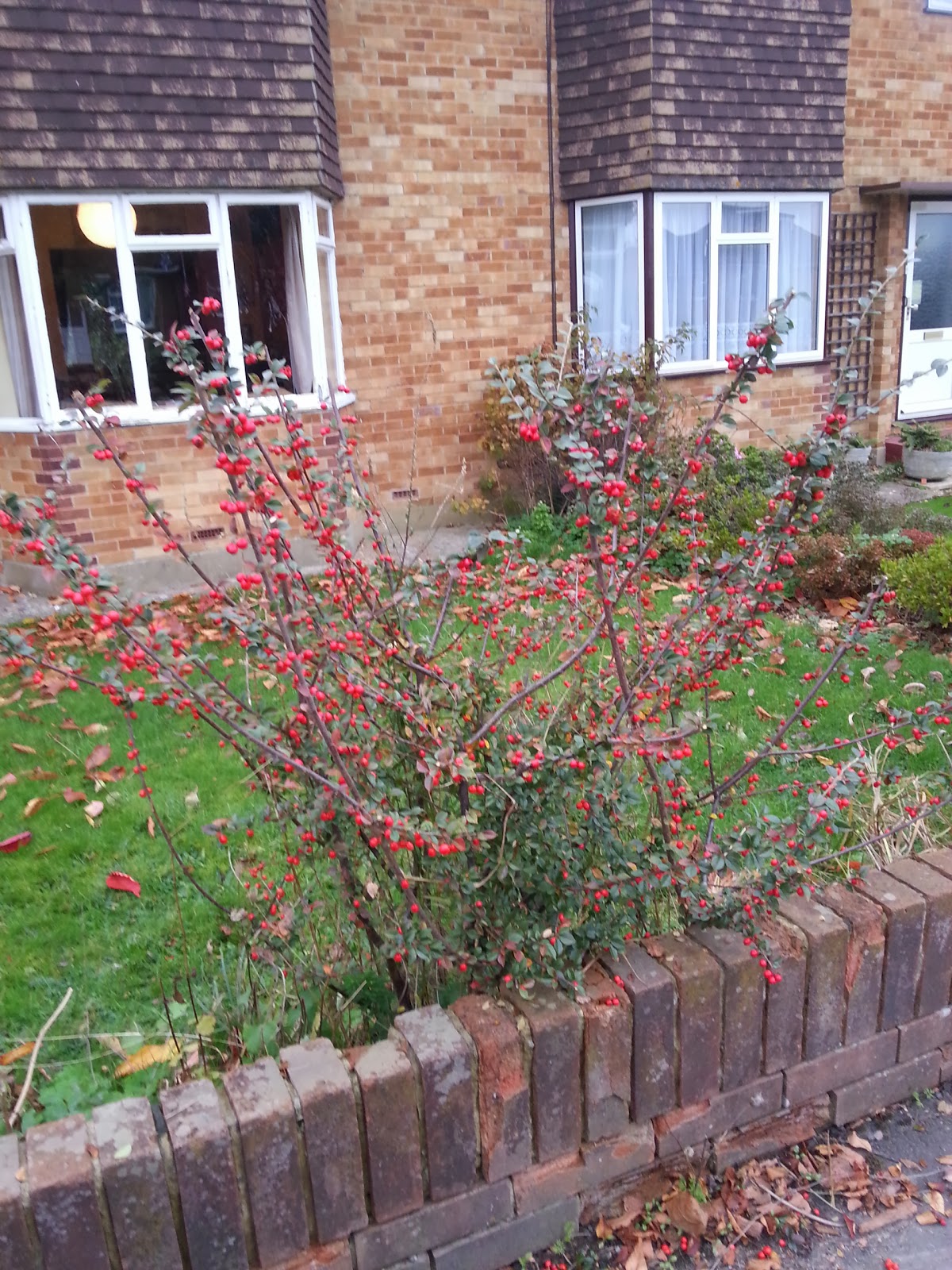 pictures. Passers-by no longer have to dodge the outgrabing mome raths of the bush in the front garden. I was pleased to discover that neither bush was of the thorny-spiky-draw-blood-from-your-fingers variety. However I did end up leaving samples of my DNA on the nearby rose bushes.
Posted by KirstenM at 14:05:00