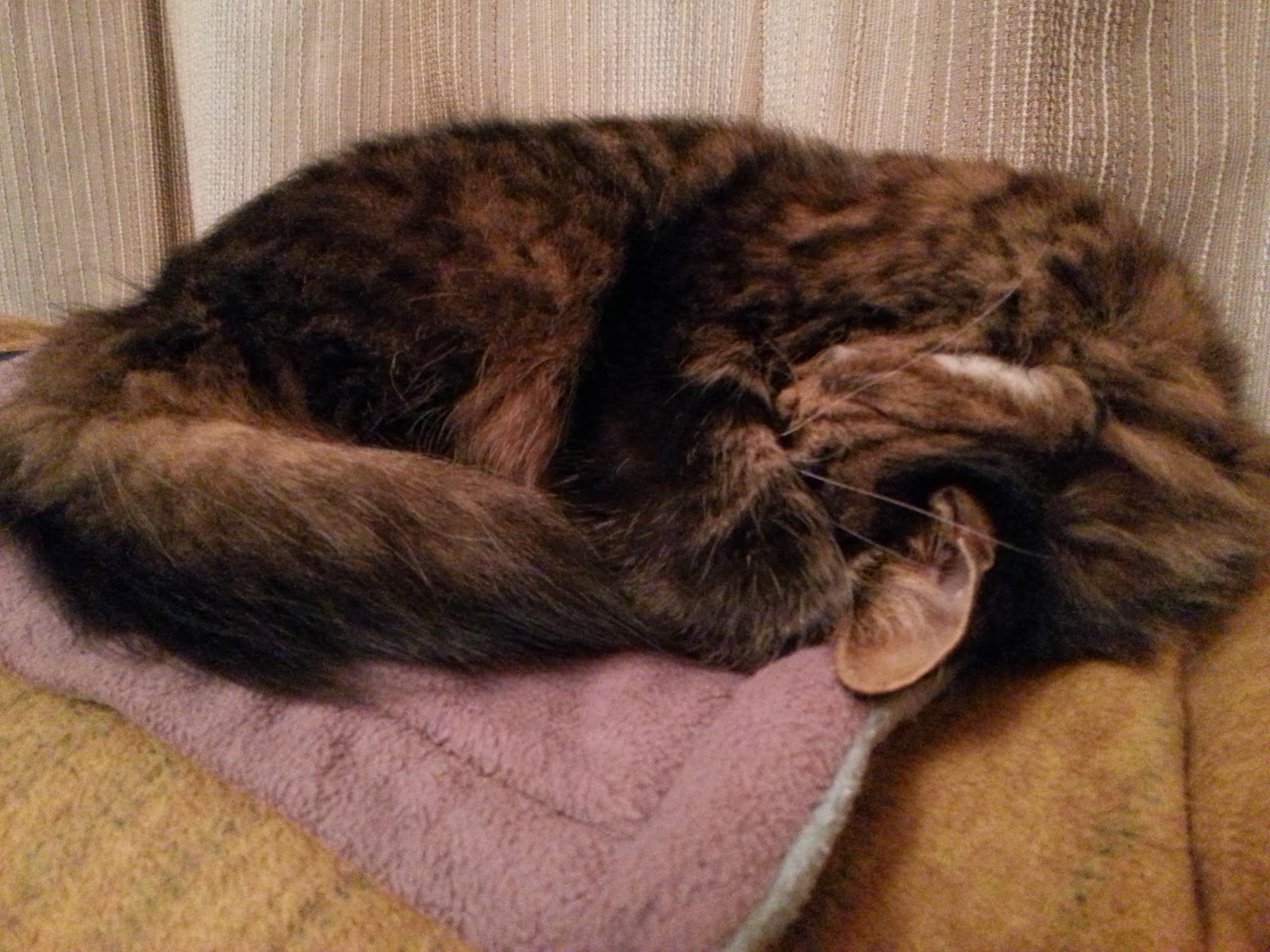 I feel as though I have been hibernating since Christmas. I have left the house three times;

on Saturday to go foraging for more food (not rummaging along the hedgerows behind our house, but at Waitrose),

on Sunday to go to church (and it was perishing cold, -3C, and that's when we discovered that my car battery had died, and luckily he'd tried and failed to start my car before beginning to scrape the ice for me, because it took 15 mins to scrape the ice off his car, and I had, for once, left plenty of time, because it would have been awkward if I had been late as I was the organist!)

today, for a routine blood test this morning (and foul weather it is today - it may be a "warm" 10C but I did not appreciate getting a large cold dollop of rain in my ear between leaving the house and scrambling into the car).

I don't "do" cold; if I get "chilled to the marrow", like yesterday in church, it makes me feel seedy and grumpy and unhappy. They only way for me to get properly warm again is to have a hot bath or go to bed. So yesterday I had a "duvet half-day" and felt much better.

Part of me feels as though I am wasting the holiday period; that I should be out visiting my parents and catching up with friends and going for brisk and bracing walks through the beautiful countryside. (It did LOOK lovely yesterday, but it was PERISHINGLY BITTER once you got outside.) The rest of me feels as though I am slowly surfacing from a pit of tiredness that I slipped into so gradually, so imperceptibly, over the last six months, that I was well down before I even realised it was happening.

Hibernating, I have come to the conclusion, is the right thing to be doing. A bit of reading, a bit of sewing, a bit of television, some radio...

BBeloved is doing the same kind of thing, in his own way. He is catching up on all the kits he has been given this Christmas and previous Christmases, which have stayed in their boxes, teasing and tantalising because he has had neither time nor energy to make them up. 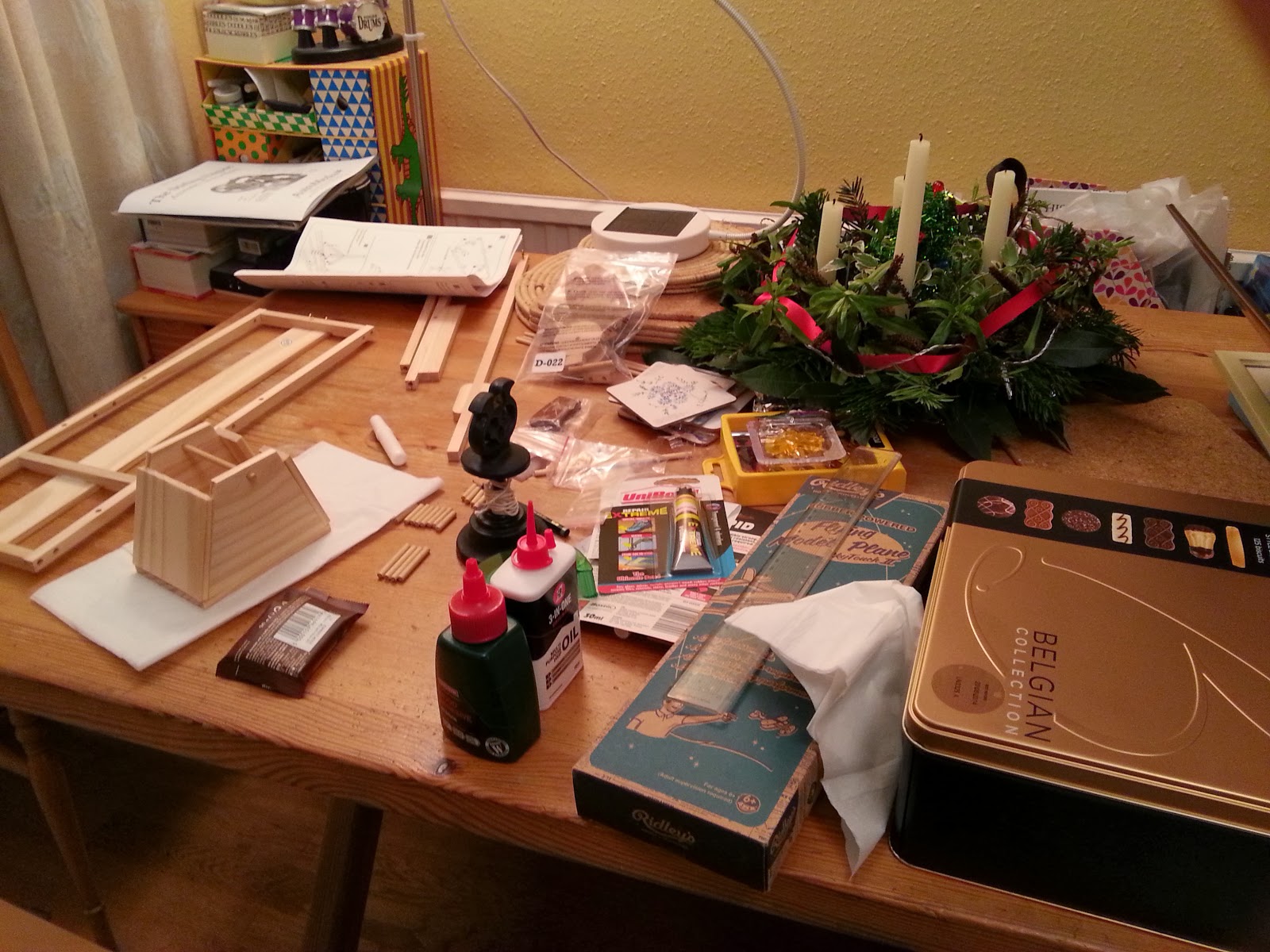 He now has a Twin-Lens Reflex camera again, made up from a kit he was given this year, (he sold his last one to buy me my engagement ring). 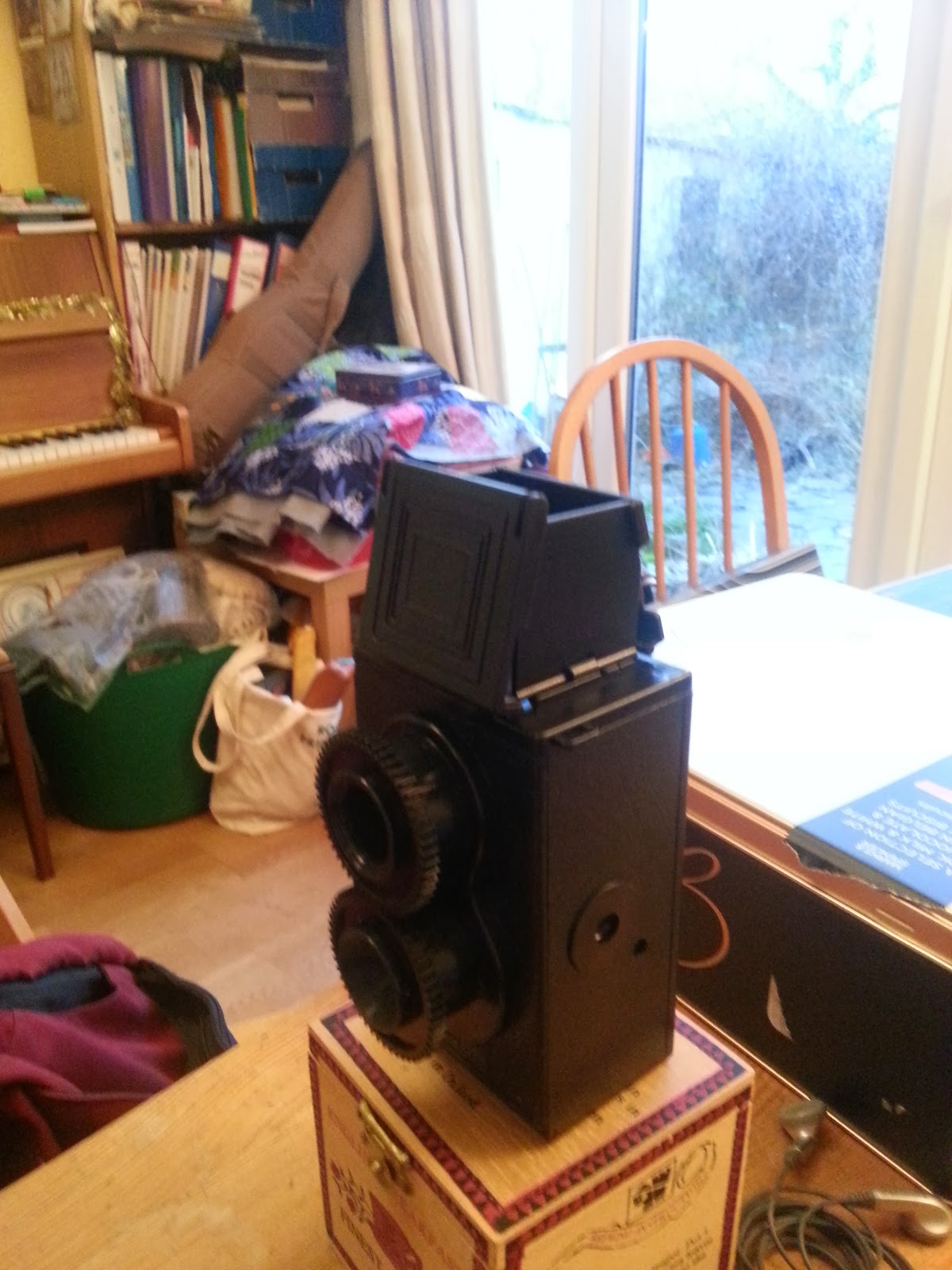 and a trebuchet is taking shape, rather ominously, at the other end of the dining room table as I type. The instructions and bits-and-pieces for a Stirling Engine are close to hand, as is a small model plane. 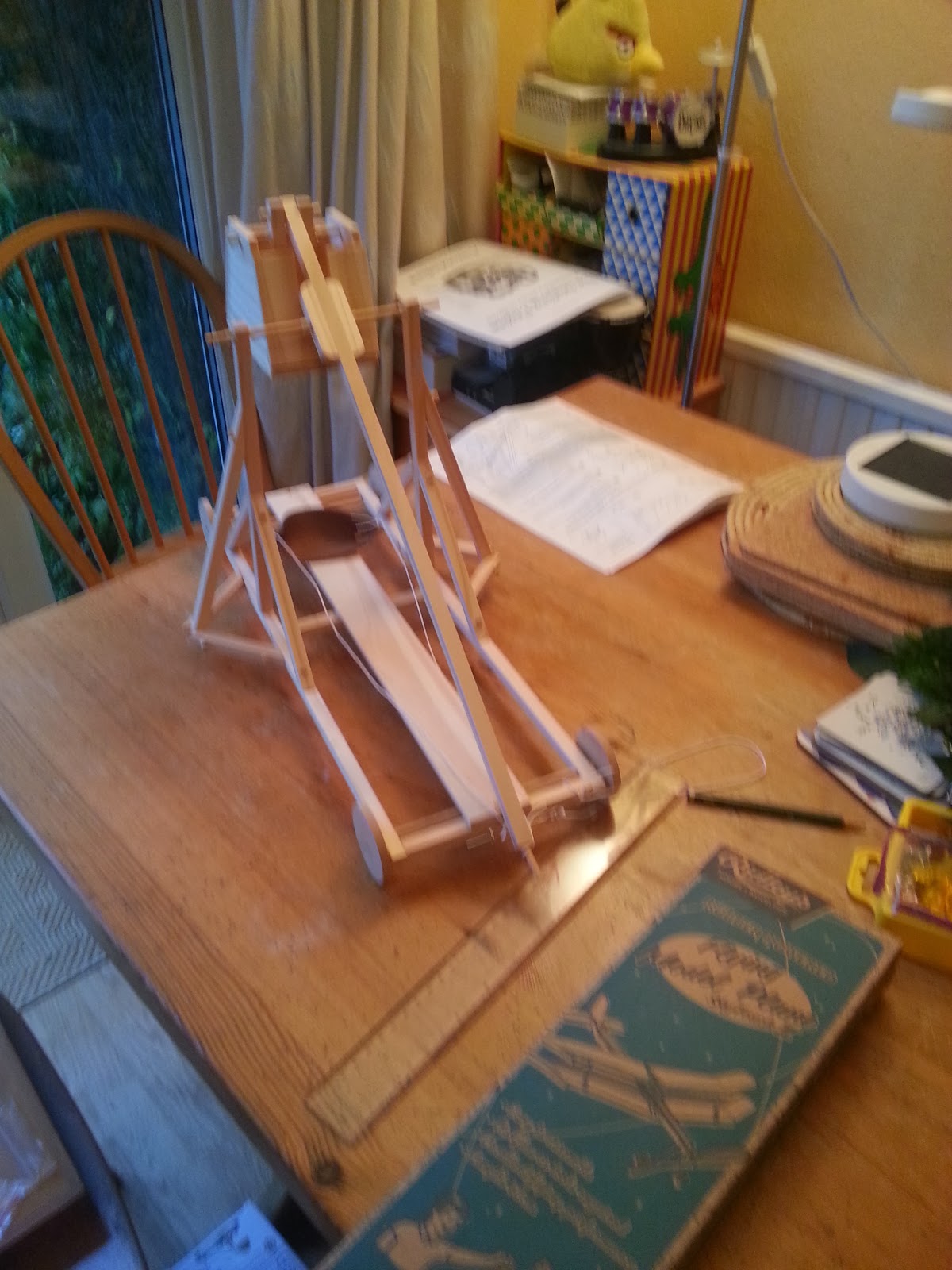 Time for me to move, as the trebuchet has been armed with a small paper ball. Oho - luckily for me, the first firing only went a yard; the contraption needs to be loaded up serious weights - rocks and gravel - rather than just all the loose change we can find in the house.. That will have to wait - we are NOT going to look for rocks in this weather. He's now starting on the catapult.