Saturday 11th January - That was the week that was

And breathe - the first week of term, any term, is always a massive shock to the system. By Friday my eyes felt as they were glued with exhaustion!

Monday was an adrenalin-fuelled slog through flooded roads to Petworth d for a staff training day. This time round the heating was working, the refreshments were organised (-ish) and there were enough loos. That makes it a massive improvement on last year!

Saturday, - ah, Saturday. It dawned bright and frosty and clear and blue skies and sunshine - what a change from other days! So we took a break from to-do-lists and house-work and chores, and drove down to Storrington to potter alongside the River Stor, now safely back between its banks, looking at robins and squirrels and dogs and bulbs poking up through the ground and catkins and reflections on the mill pond. 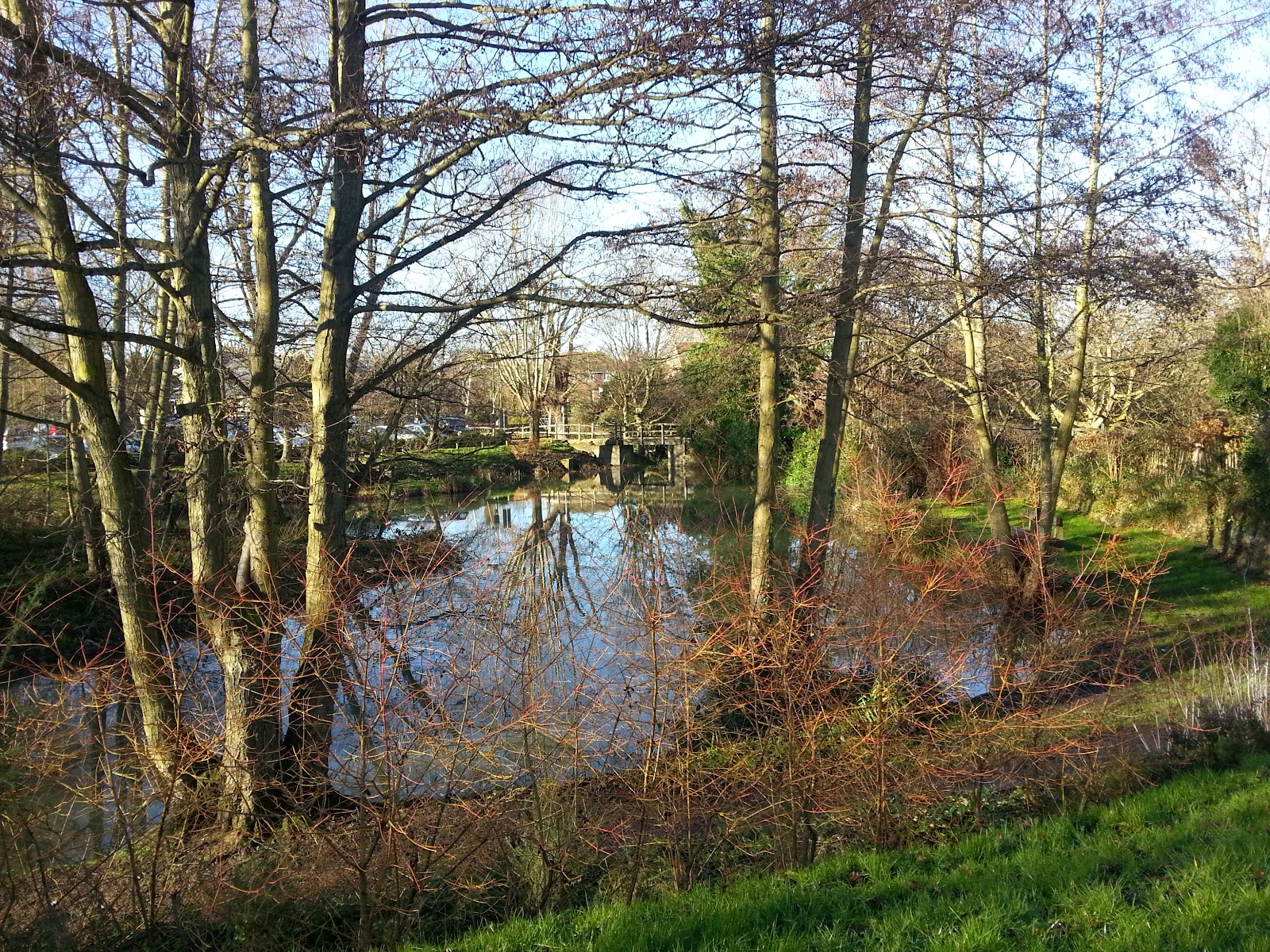 We spent time looking around the extraordinary Parish Church. We were intrigued by the curiously "chunky" appearance of the building, and went in just to see what it was like. All became clear: the North Aisle (with the paired windows in the photograph, snitched from another website) has Saxon foundations, the nave was added in medieval times, and the South Aisle is Victorian which is when they also extended the chancel by another 9 feet. We pondered over the various re-orderings and re-buildings that had happened to the church over time - galleries erected and altered and removed, steeple and tower collapses - one thing after another!  They must have a very active bell-ringing team, judging by the number of cards recording the peals they have rung, and a thriving choir, judging by extra chairs at the ends of the choir stalls.

We had excellent tomato shop at the bookshop/cafe, which has inspired me to try the recipe for roasted Tomato Soup from http://www.recipesfromacornishkitchen.blogspot.co.uk/  just as soon as I can buy 13/14 vine-ripened tomatoes. Looks amazing (photo below snitched from the cornishkitchen site) 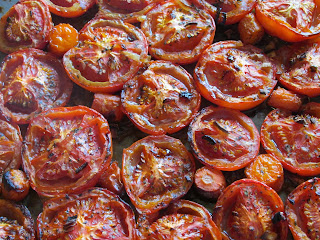 And then we meandered our way home through Dial Post, Ashurst, Partridge Green, - sounds idyllic - and so it was.
Posted by KirstenM at 16:08:00

Email ThisBlogThis!Share to TwitterShare to FacebookShare to Pinterest
Labels: Churchy things, day out