I've been wanting to visit Hayling Island since about 1975.

It's a long story, so old, that I've forgotten why I ever wanted to go. We ended up there on Saturday.

Lunch at a pub (very good whitebait and chips) and then down to the Ferry end of the Island. It was sunny and breezy - I was 90% sure I wouldn't need my coat. But I put it on anyway, and I was glad of it.

We walked along the top of a shingle ridge. Actually, we walked along a carpet of seashells, which were thickly layered in a clearly defined band across the brow; 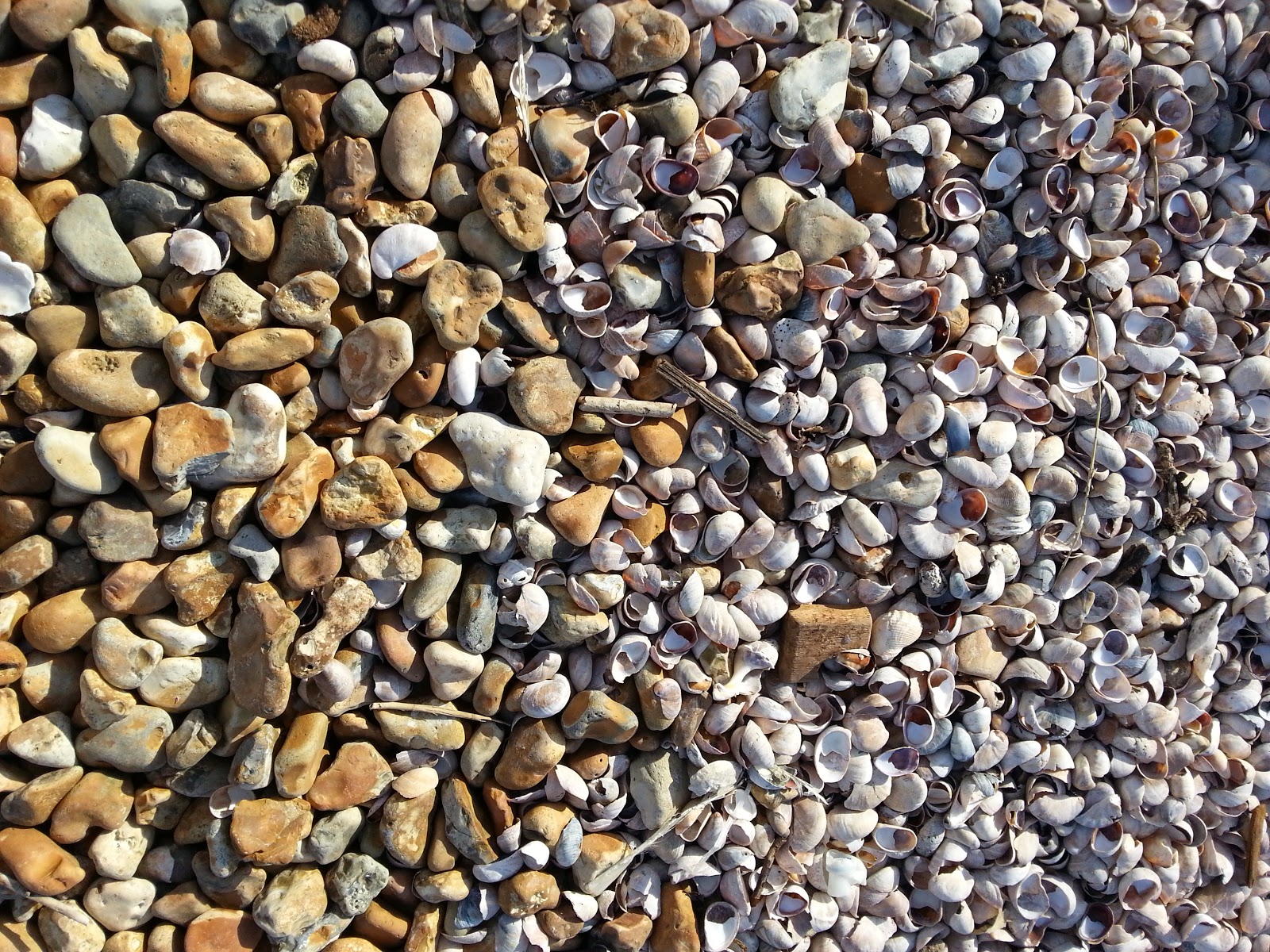 Plenty of other people were making the most of the day; horseriders, 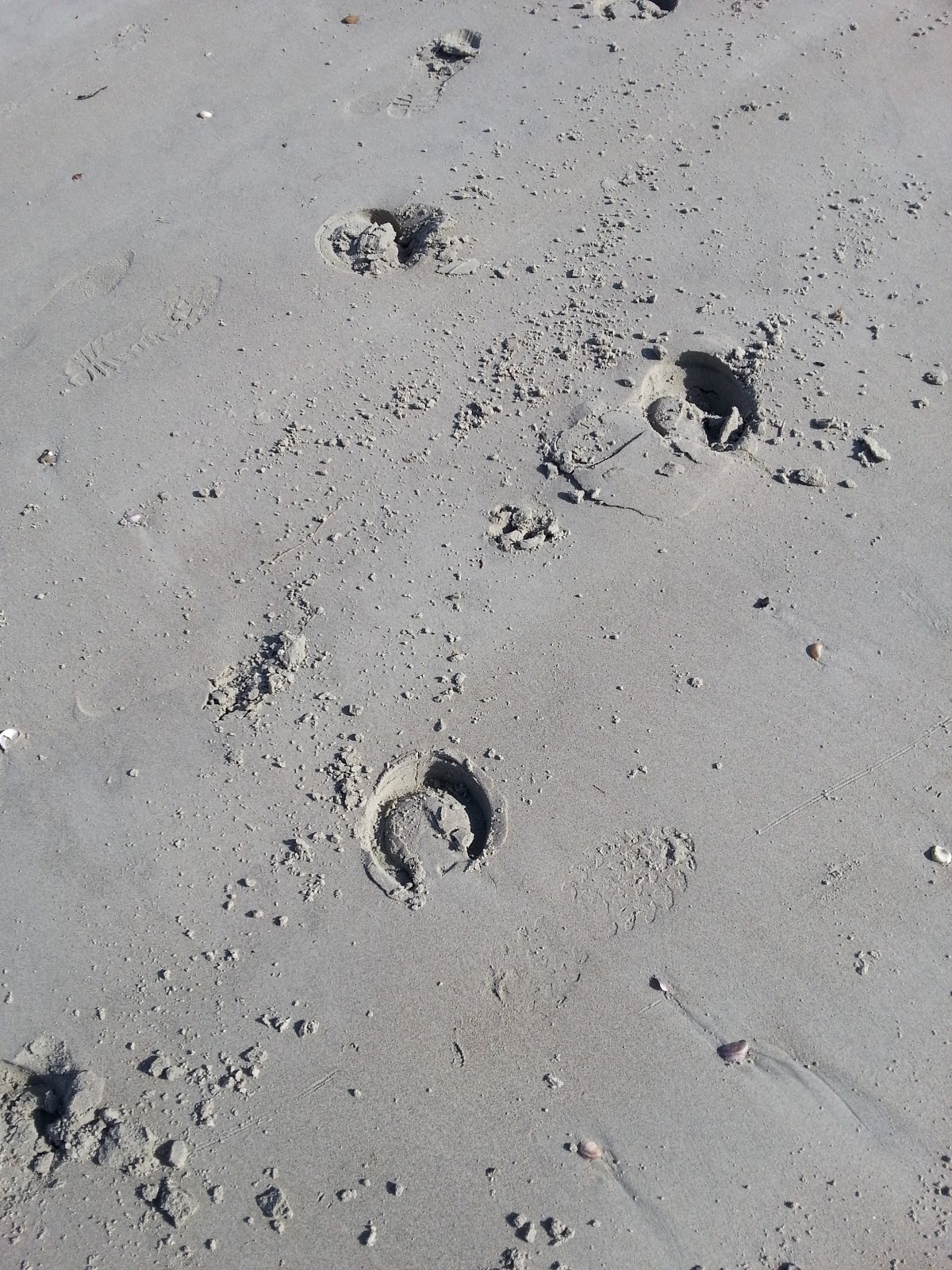 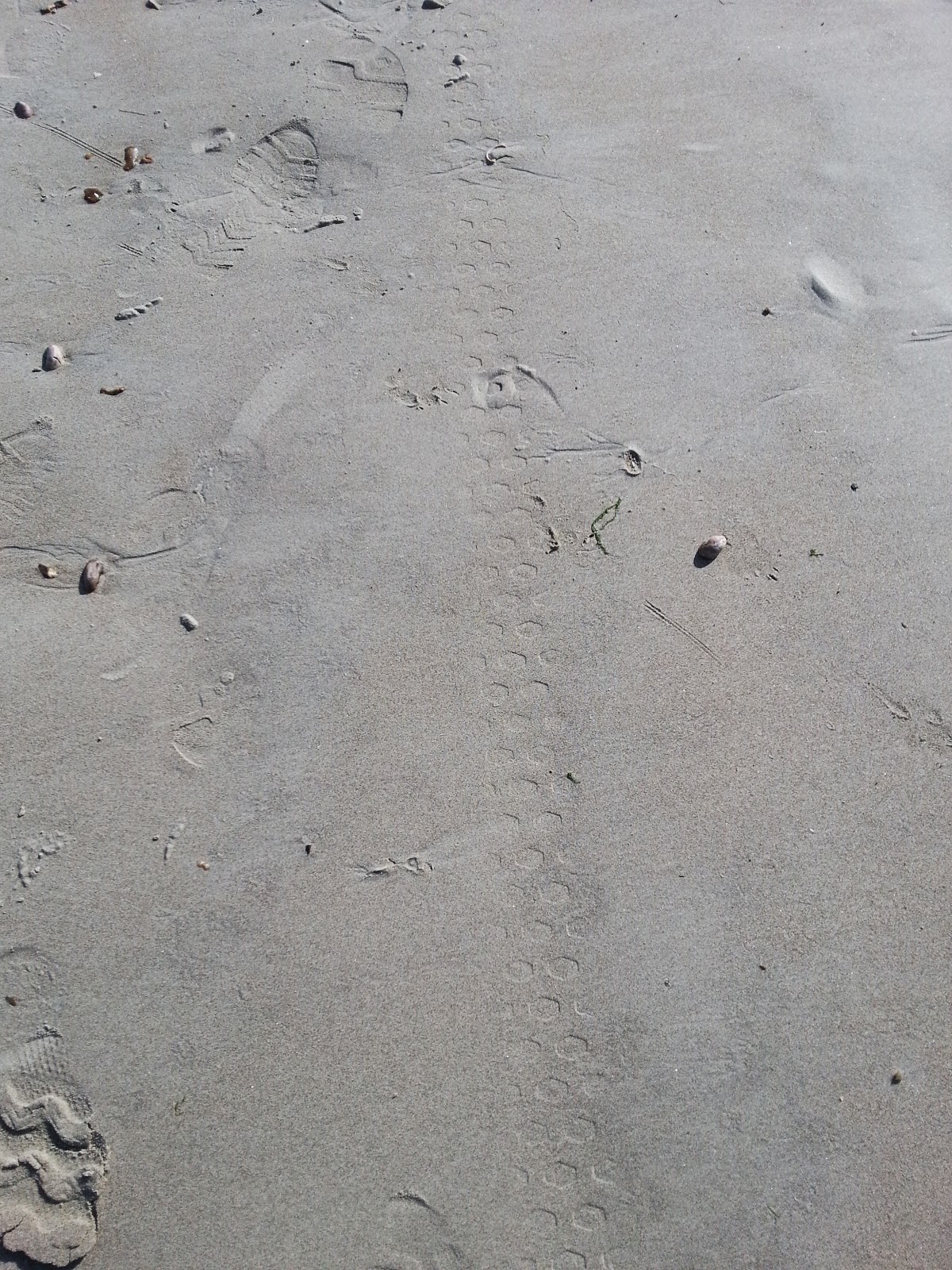 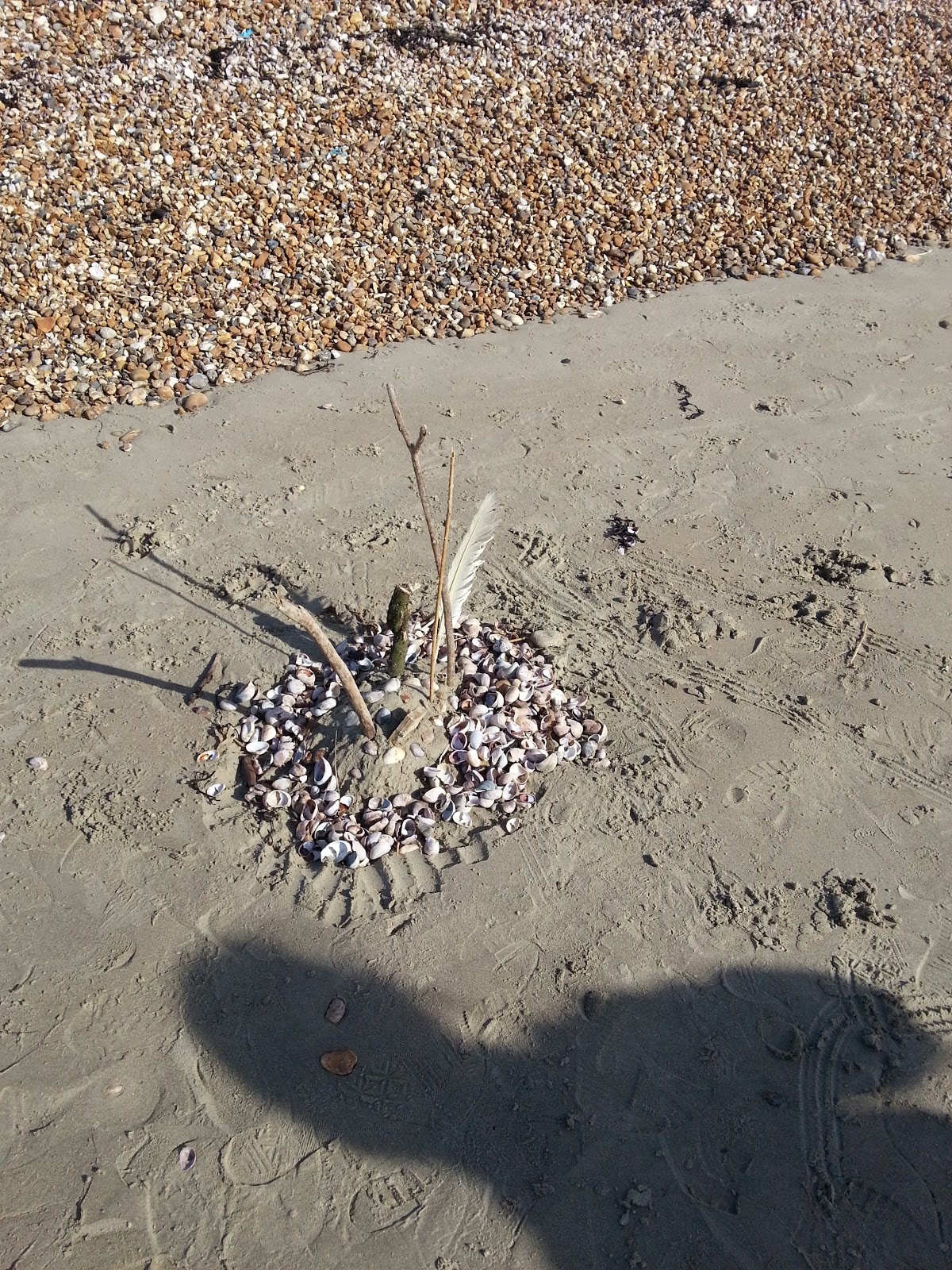 We walked out to the southern edge, where the great sand bank called Winner Sanders was exposed by the low tide. This was where all the land yachters were making for, to race up and down the hard wet sand, pulled by the same kind of kites that the surfers were using.

It was a great afternoon. We walked, and took pictures, 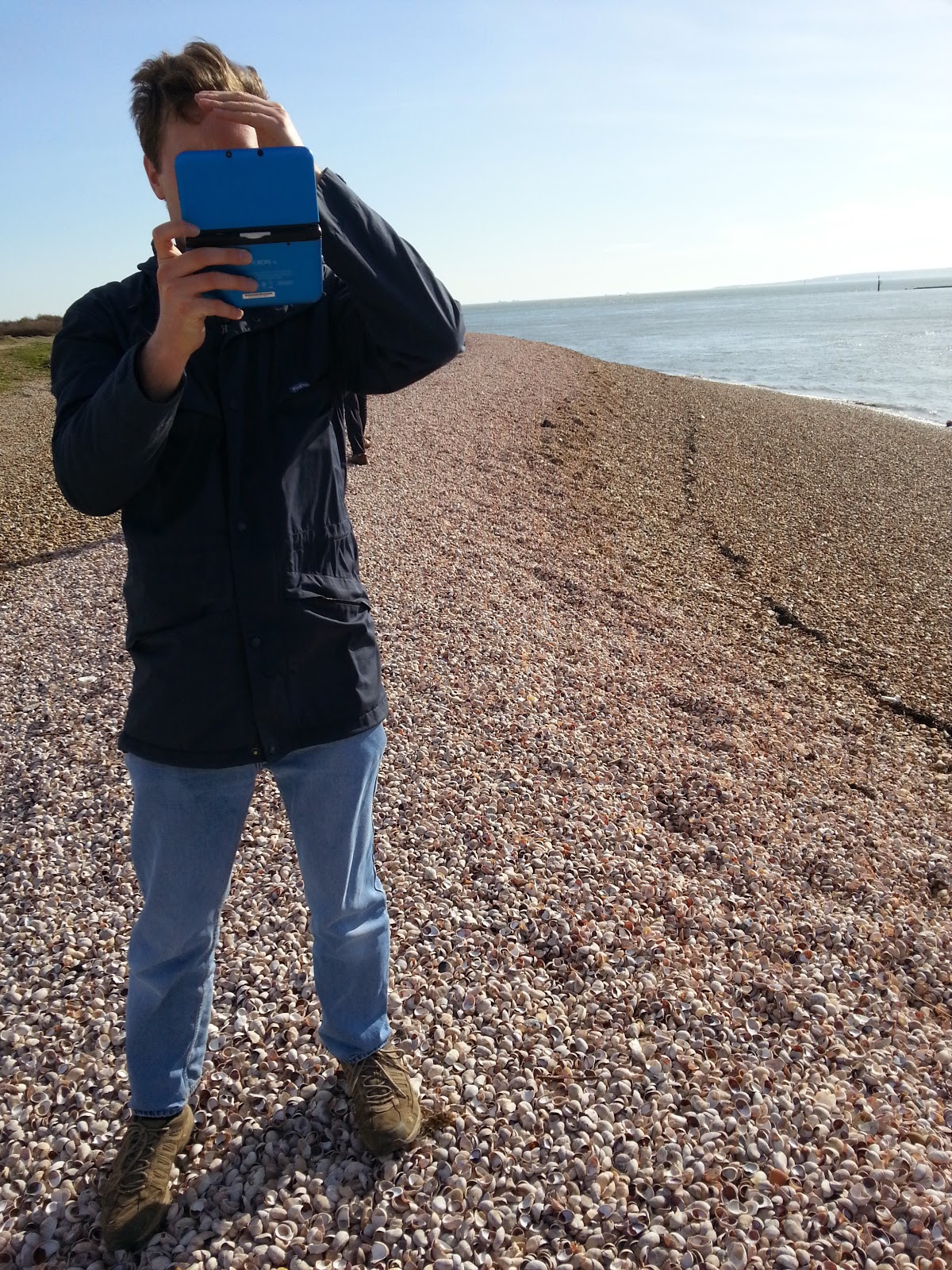 and took pictures, and walked, until our faces were red and my hair was tangled and it was time to go home. 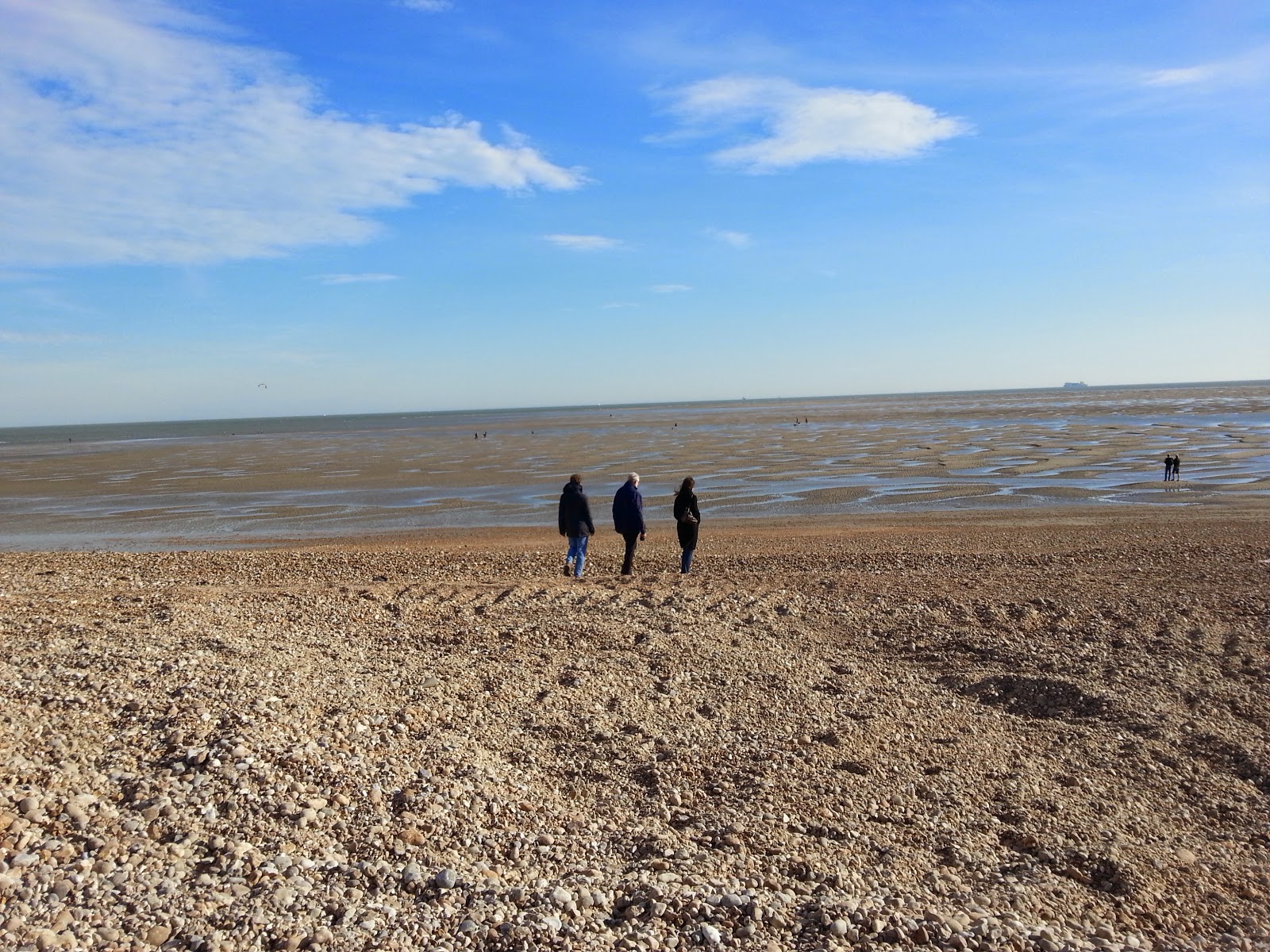