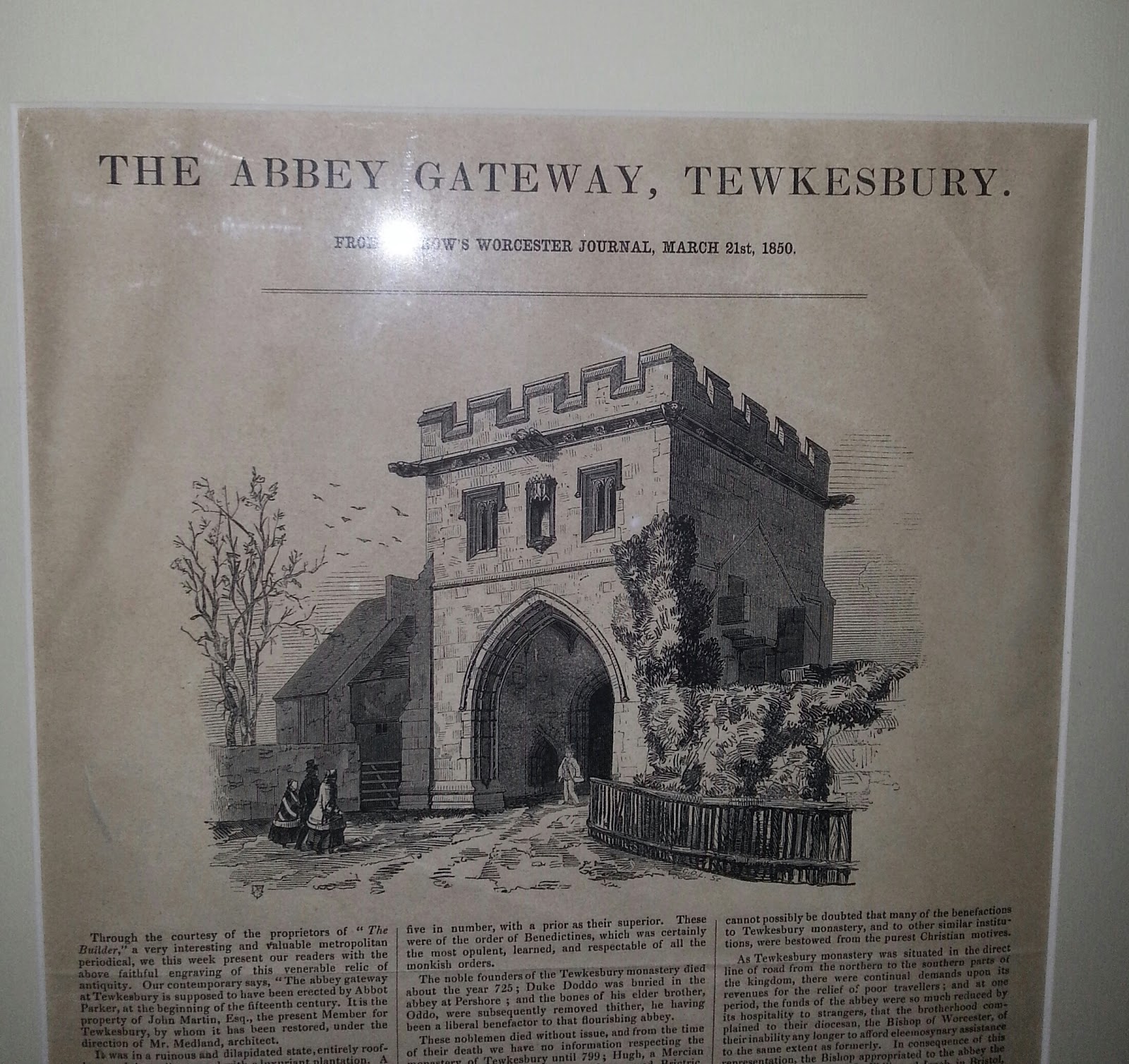 Where we sleep - a sort of balcony, with the bathroom and kitchen built underneath; 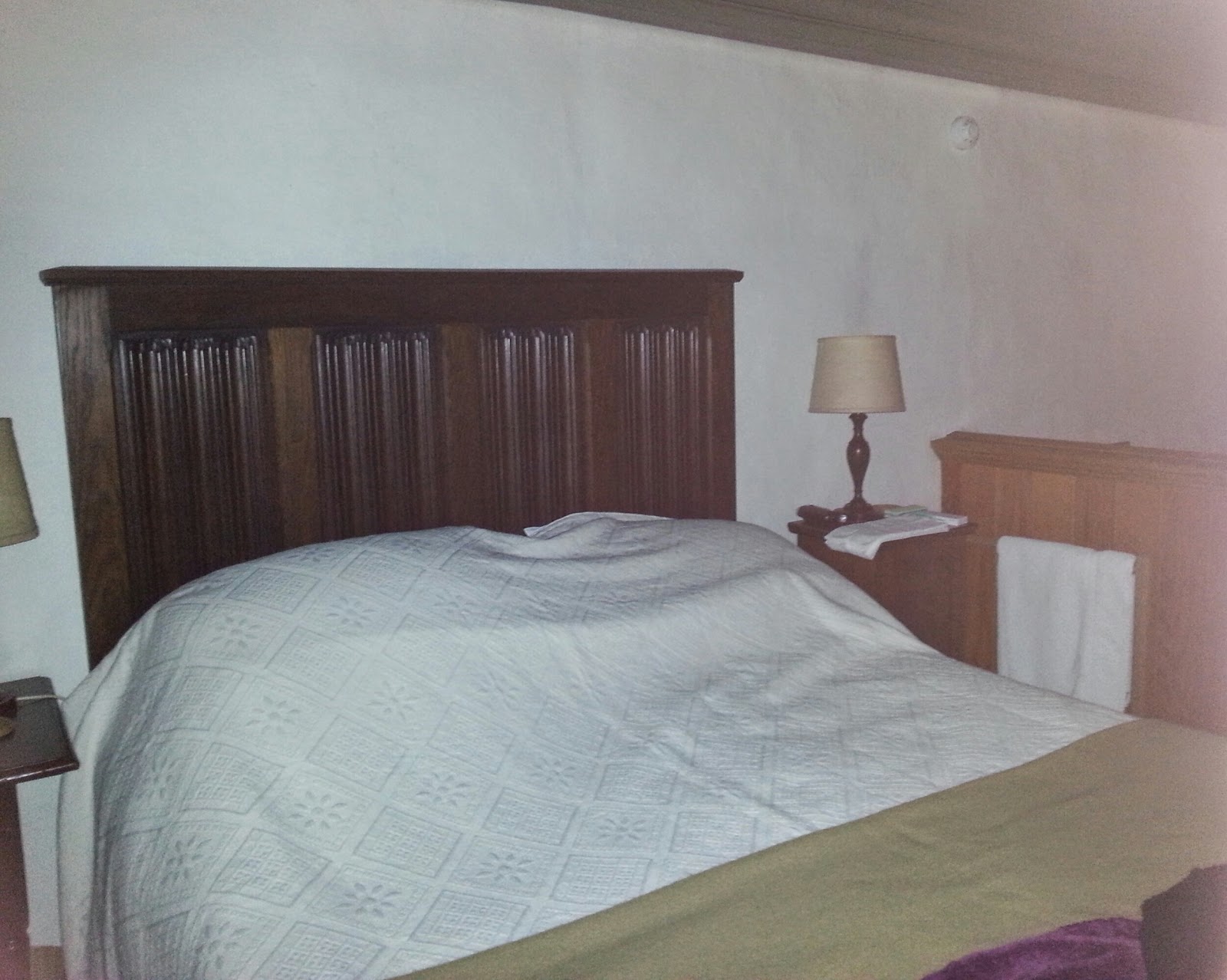 The kitchen area - there is a window opposite the sink. 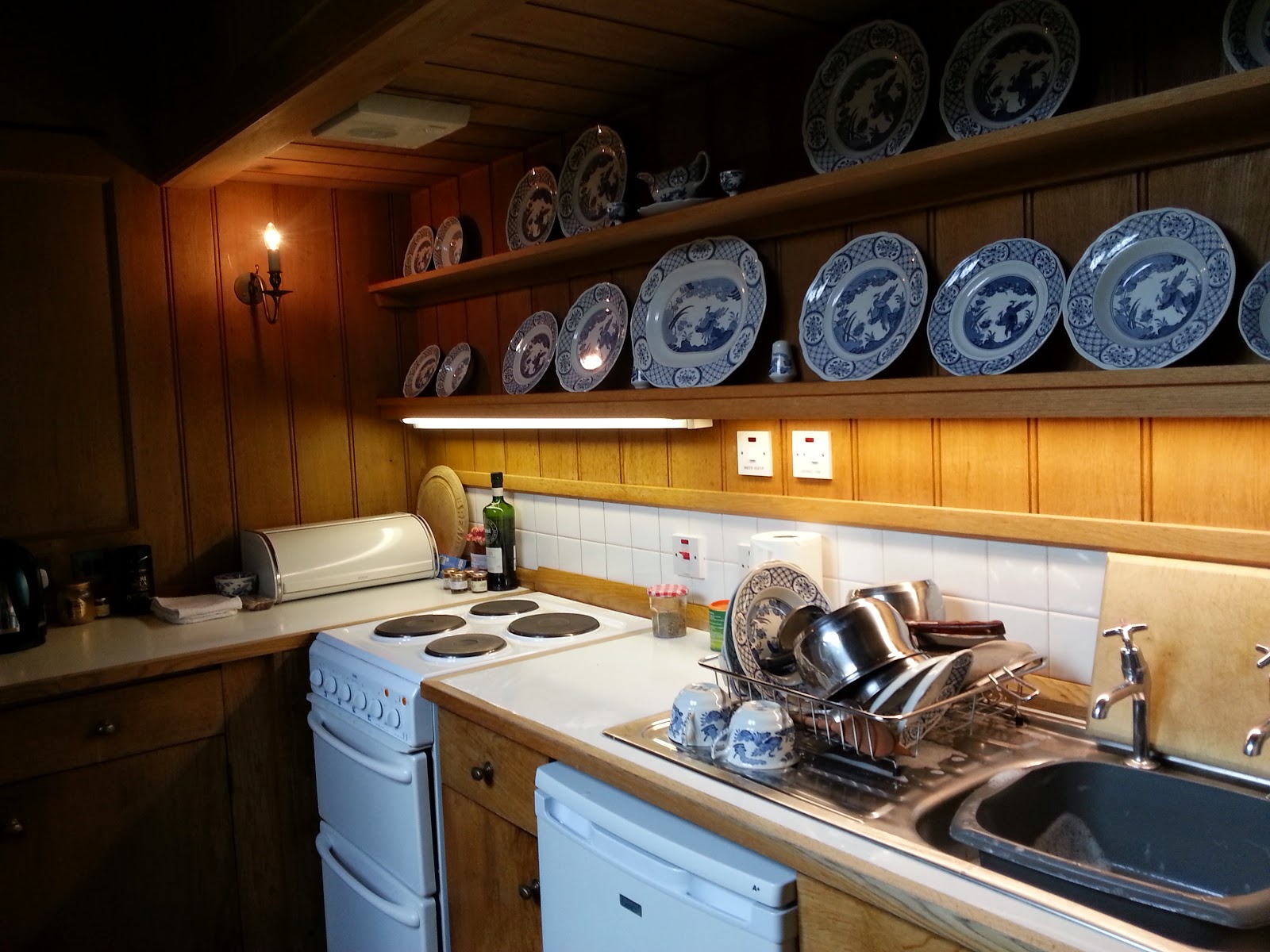 View from the upstairs sleeping area looking down at the living room. The log burner is going beautifully. 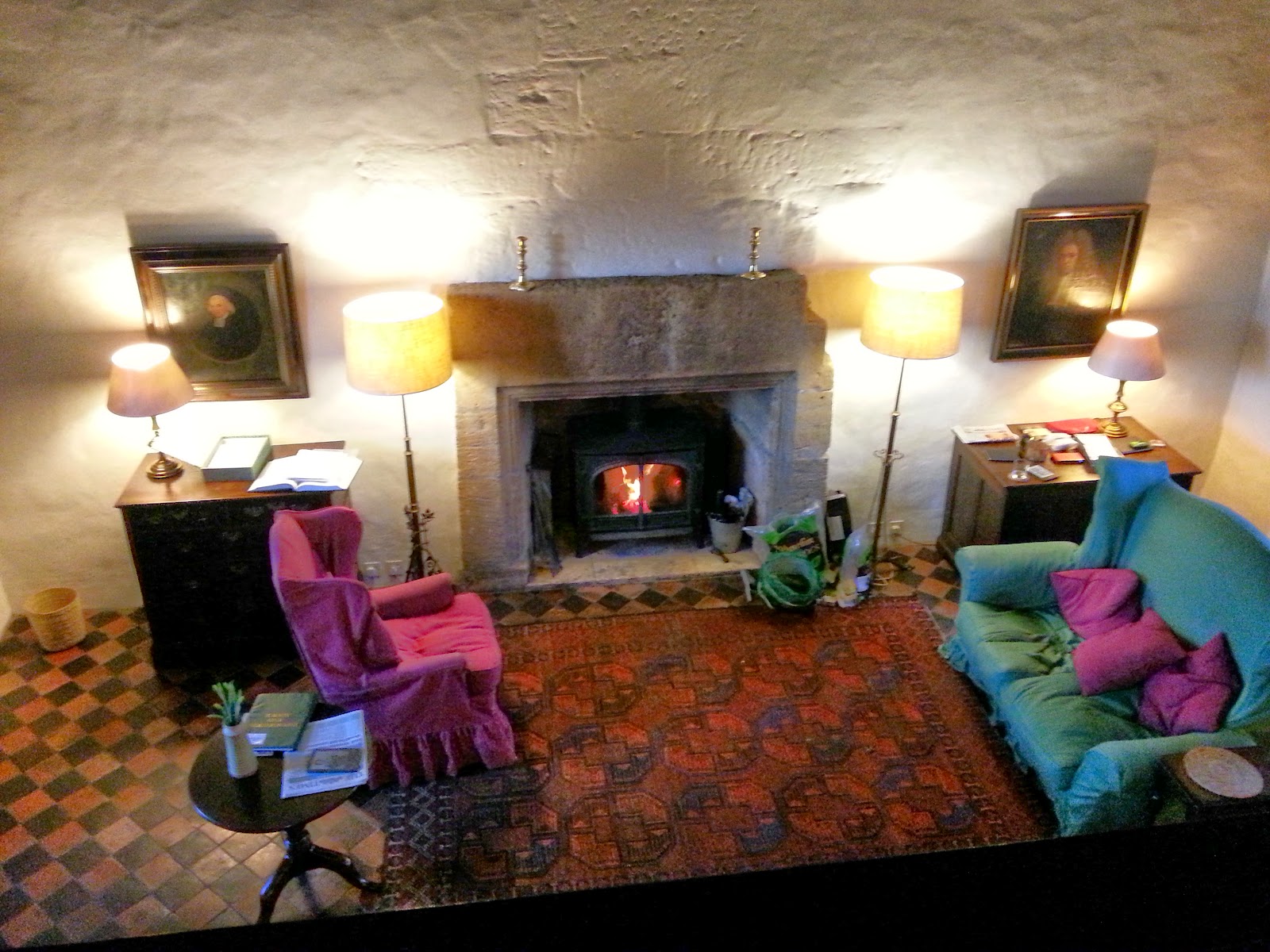 The table, two chairs and a bench are directly under where I was standing to take the last picture. I reckon you could seat 10 people without being too crowded. I'm sitting at one end right now, where my laptop is in the picture. 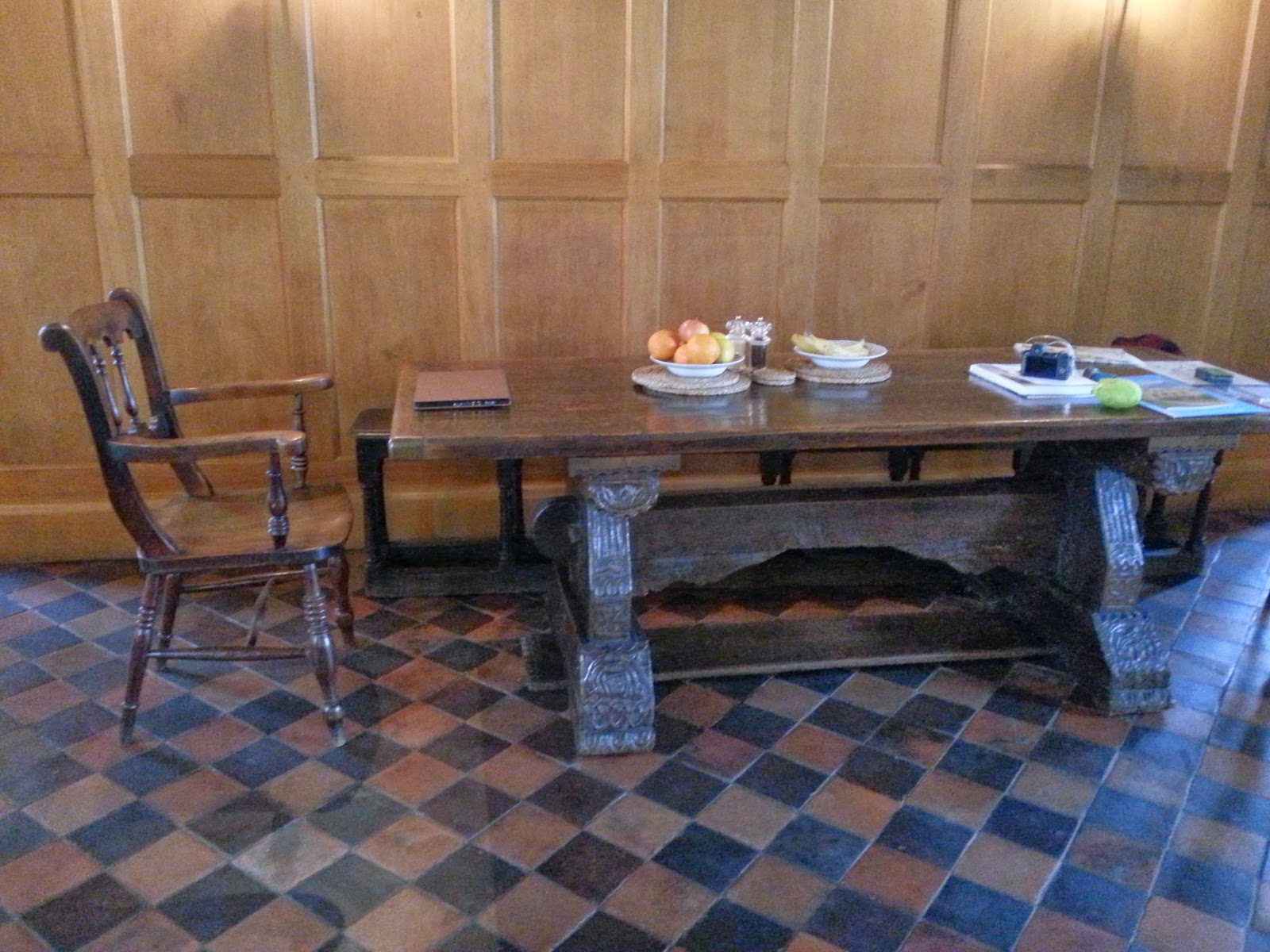 I think the other chair must have been made for Richard 11, the Crookback (according to Wikipedia he developed idiopathic scoliosis. )

Anyway, this chair, made to the same pattern as the other, doesn't have a straight line in its body. It's surprisingly comfortable to sit in. 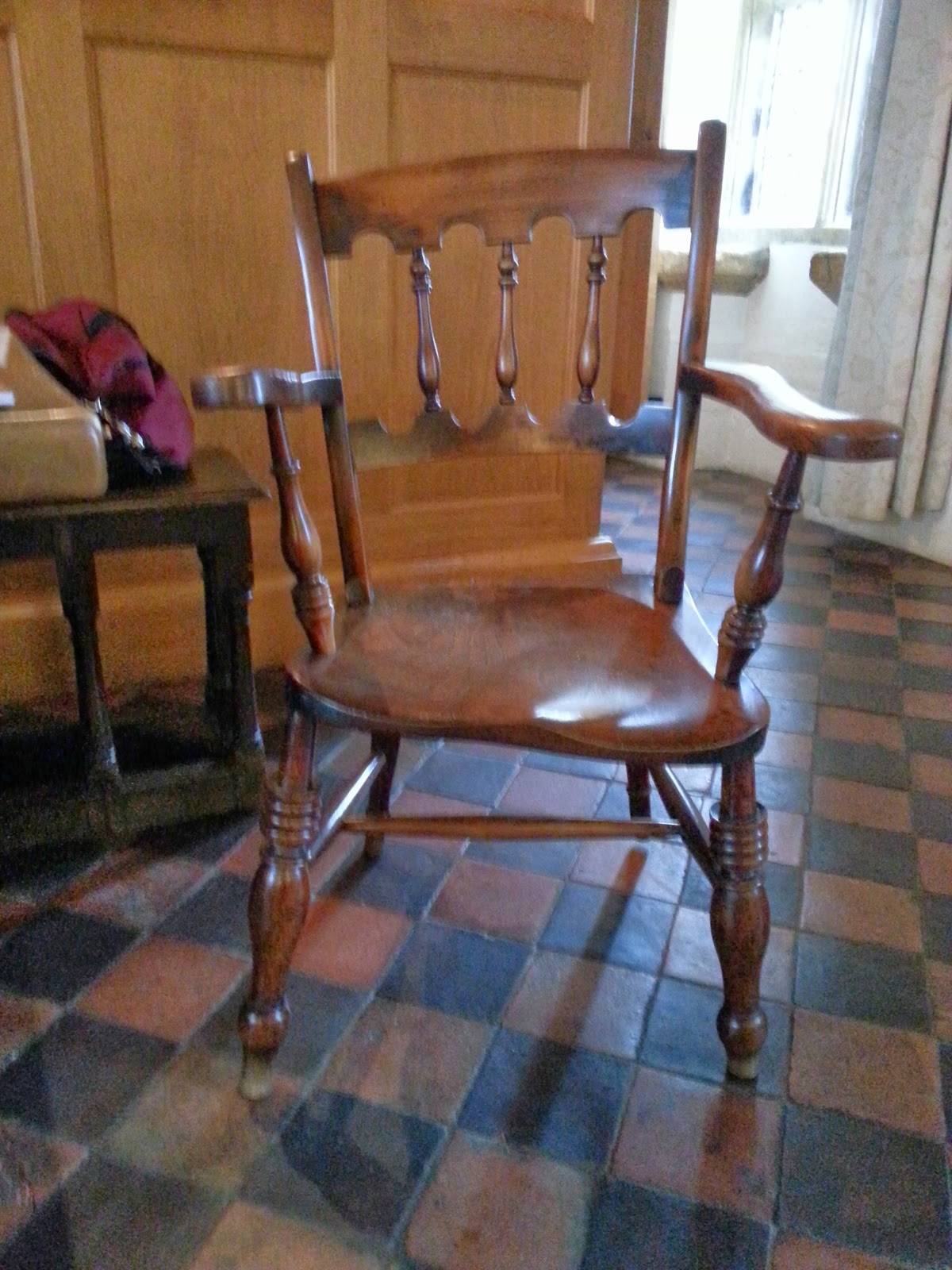 A bathroom is a bathroom. I'm not getting up to photograph it. It has a loo and a basin and a bath, in a darkly panelled cabin under the sleeping platform.
Posted by KirstenM at 14:36:00

Email ThisBlogThis!Share to TwitterShare to FacebookShare to Pinterest
Labels: Tewkesbury