It is very hot work. But luckily we bought a Gen-U-Ine Tilley hat in Canada so at least he can look cool as well as try and be cool.

Cramming the remnants of the Russian Vine into the neighbour's garden waste bin (our own garden waste bin was already FTB) is a bit like trying to persuade spaghetti to make a neat pile on a plate. In the end he shoved a load into the bin, and chopped off all the bits that didn't fit. Just like spaghetti.

The garage and shed are now revealed in all their decrepitude. I think the shed-raising is postponed until next year now - too much to do before the end of the year (like getting the windows replaced before they all opt out of their own accord. Trust me, that is no exaggeration). 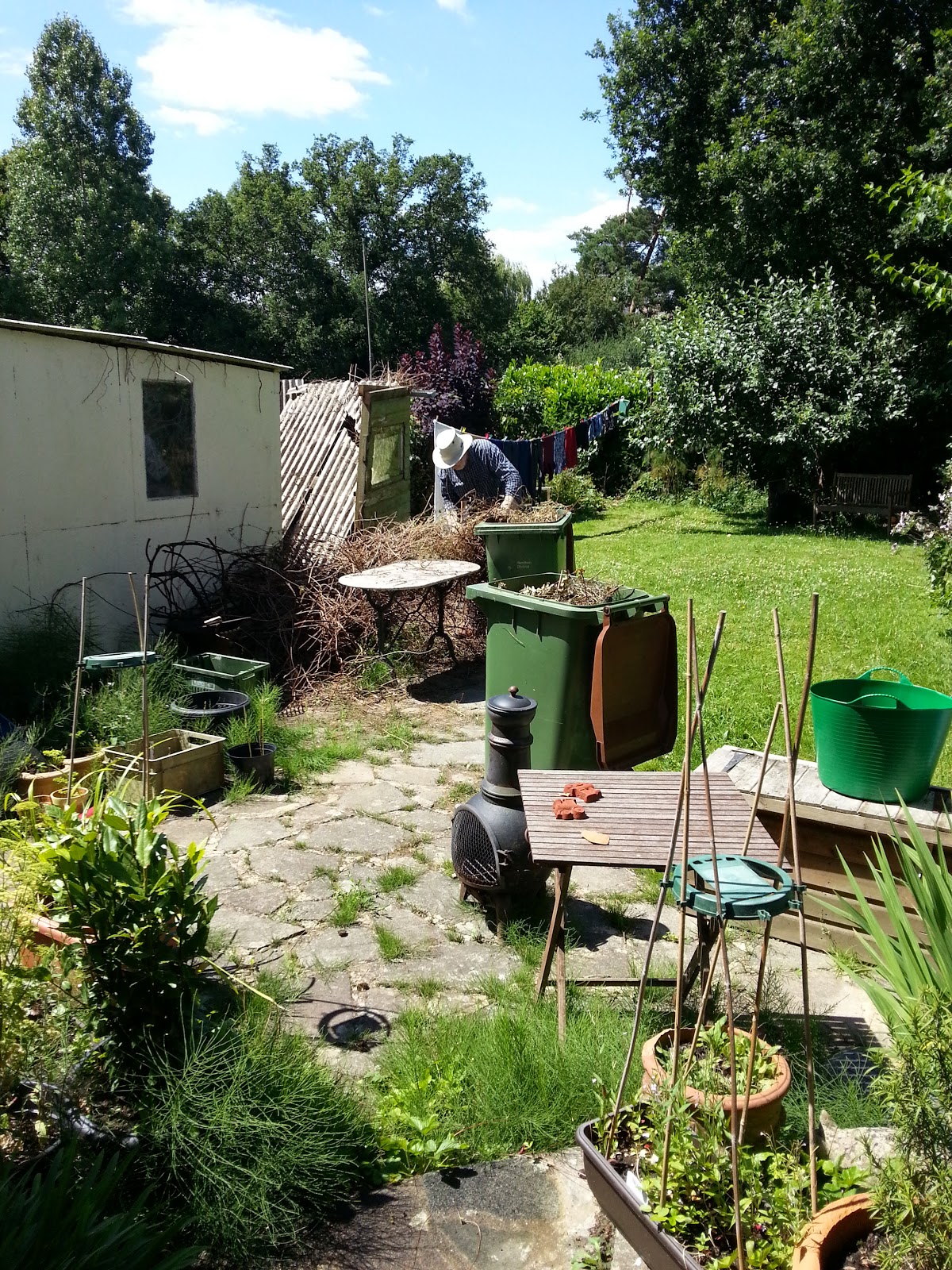 I brought the labourer a cup of tea. I hoped the picture might prove refreshing... 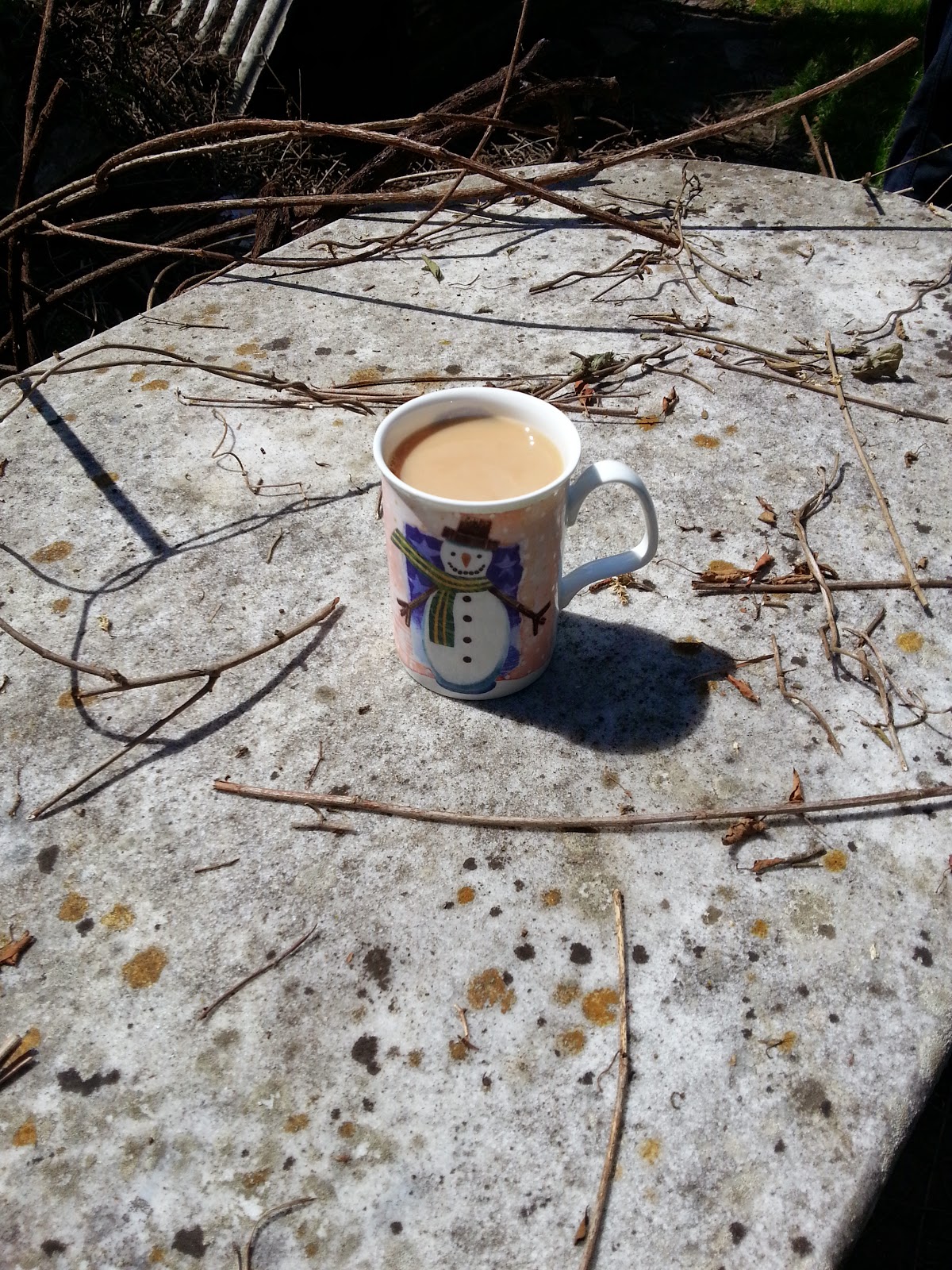 if not entirely seasonal.

In the end we used three bins - both neighbours had some space left in theirs. No collections for another fortnight so that means minimal garden waste production - or in other words, a bit of a respite?
Posted by KirstenM at 16:19:00