It's always nice when what was meant to be a quick project is completed. 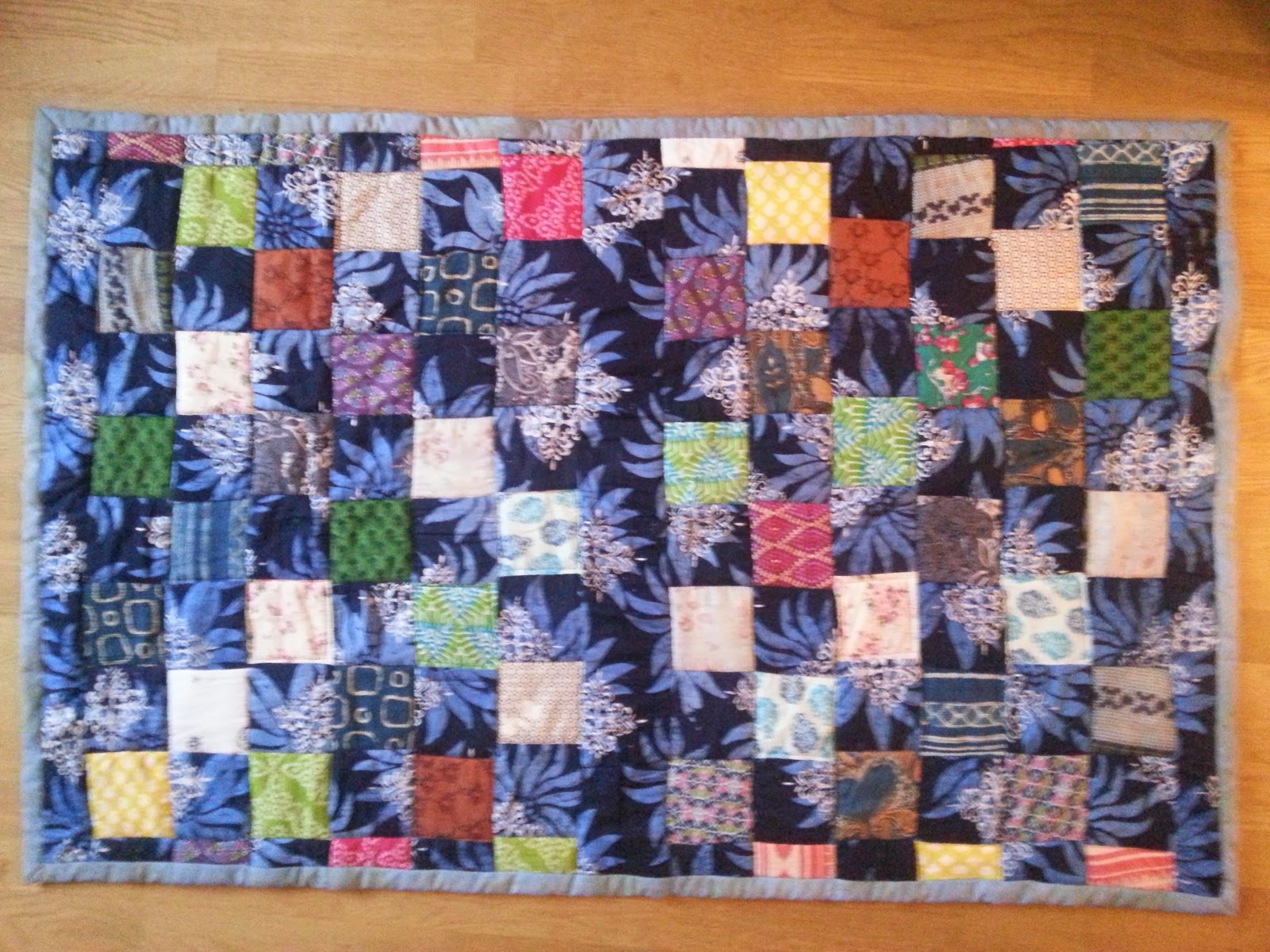 I started this when Best Beloved was over in America last Autumn. The patchwork top was completed in two days, using pre-cut squares from Oxfam, and a blue cotton sun dress I bought on the beach in Bali some time in the 1970s.

It was quilting the layers together that was such a beast of a job - each of the forty-nine Oxfam squares has been hand-quilted round the edge, sometimes at the seam line, sometimes further in. The padded layer is an old fleece cot blanket, which is what made the quilting so hard - it is too thick, so I had to do the downward and upward stitches as two separate movements. Never Again! is the conclusion to that particular experiment!

The backing is an old yellowy flowery duvet cover, dating from before BB and I were married. Yellow? Well, I went through a phase of experimenting with Dylon dyes a decade or so ago.

I like the idea of the quilt being made from old, recycled bits and pieces. I'm always a bit ambivalent about buying perfectly good brand new material and then chopping it all up and sewing it together again.

This is all part of the "de-cluttering" that is going on in our house - finishing off things, putting things away, tidying. I even put all my sewing things away and got rid of the left-over fabric scraps before posting this.

Coffee break, and then on to tidy/clear/chuck/recycle the next area of clutter and "stuff" in our house.
Posted by KirstenM at 10:20:00