We're back after a week away in a Landmark Trust holiday cottage just inside Wales.

It's a delightful cottage, in the middle of a Royal Forestry Society plantation of all kinds of redwoods and leylandi trees. 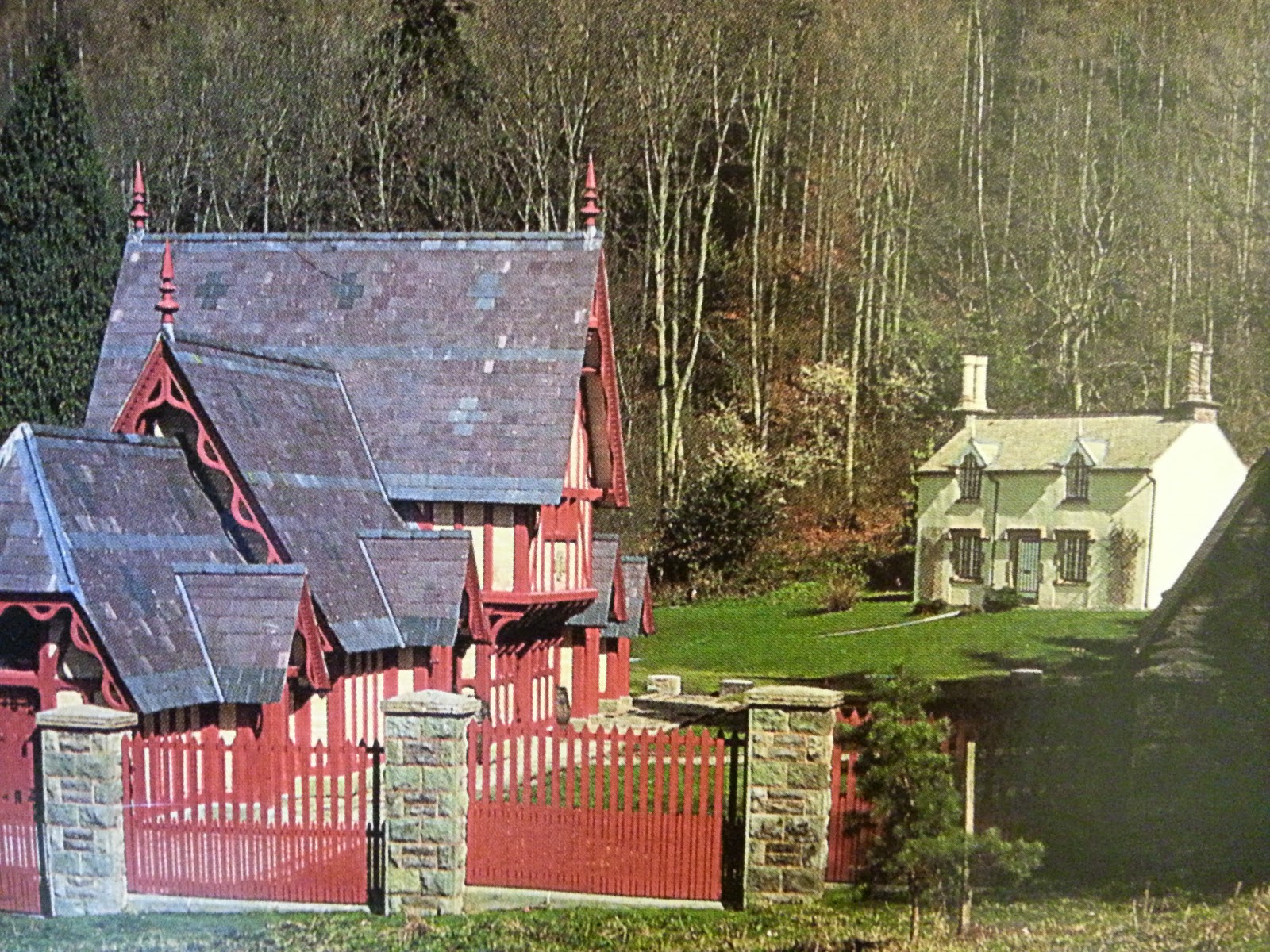 It's the little white cottage in the background, not the gothic fantasy henhouse in the foreground. I've taken this image from the postcard of the house, which was also used to create one of those jigsaws with "charm" pieces, so that's why the trees in the background are bare. No road noise, no over-flying airplanes. No television, no telephone, no radio...

Ah, but we are a family of techies, so it wasn't long before we had wi-fi rigged up!

It was very pleasant in the evenings, sitting together in the little living room, with or without the wood fire burning, gentle background music, people reading, or playing games, or doing Tunisian crochet (that's me). 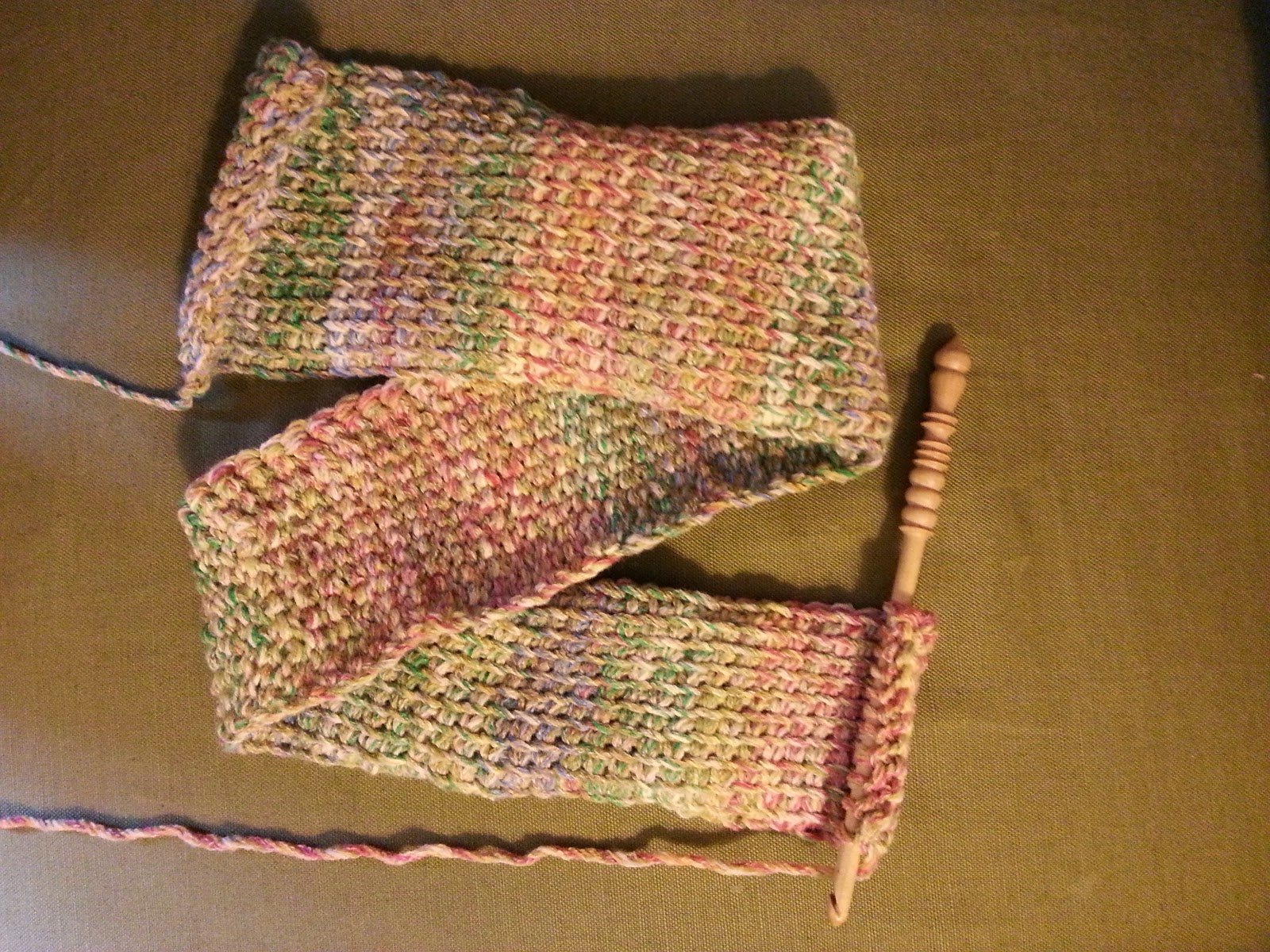 The Tunisian crochet was gently hypnotic, so much so that I discovered when I had finished the wool that I had discarded several stitches along the way and had to rip out most of the strip that I had created. Easy come, easy go.

We played board games and card games together - an evil game called Munchkins, and a totally baffling game called Discworld. Number One Son also completed two jigsaws in record time, and folded nine origami chickens, using instructions gleaned from the internet (have wi-fi, have Everything!) 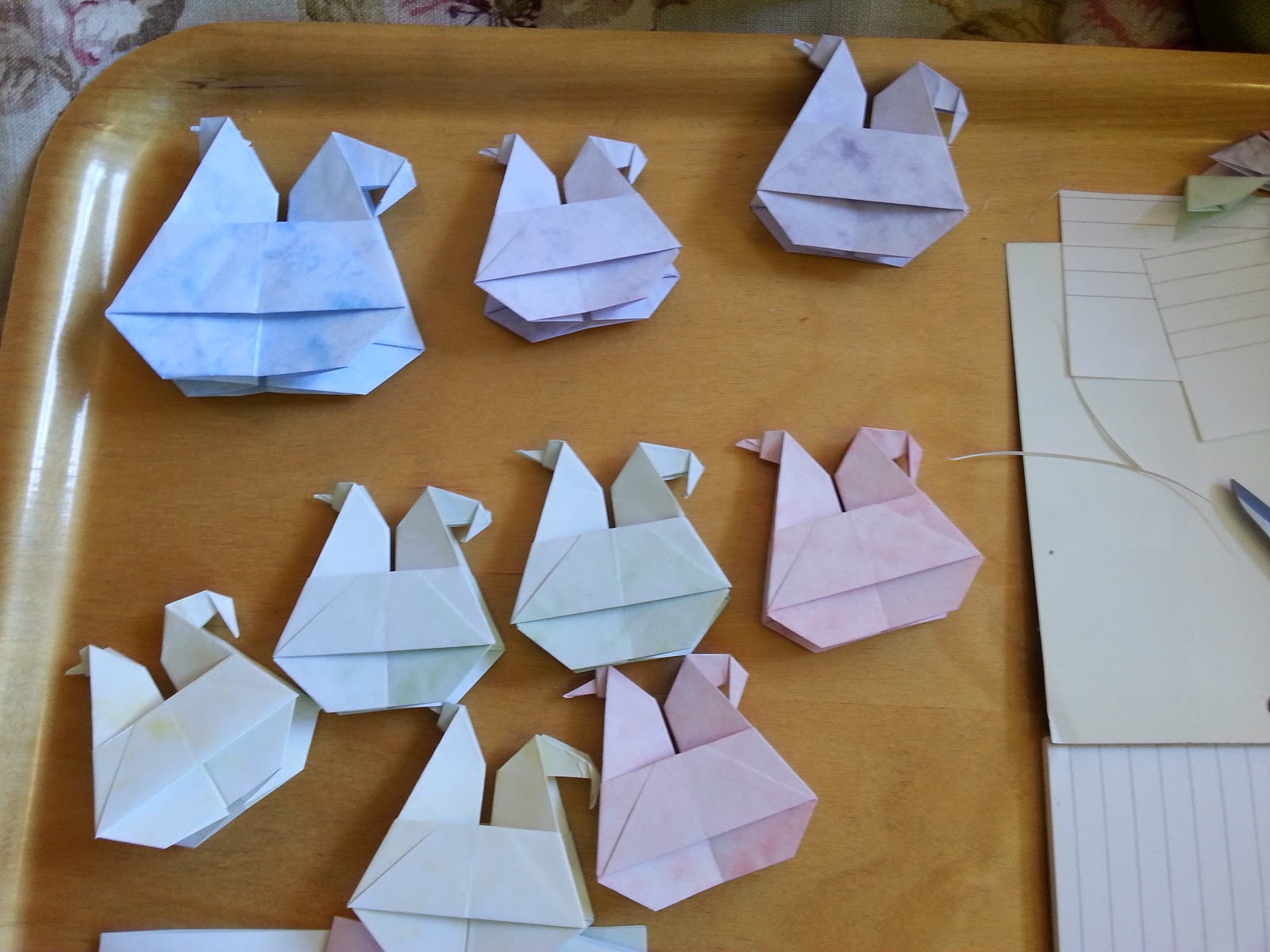 The chickens were for a treasure hunt that a previous visitor had created some years ago, and written up in the log book, but had disappeared at some stage. Maybe the housekeeper had hoped that they were gone for good?

Home, with all the hassles and trials and tribulations and busynesses and demands and to-do lists and schedules and timetables of the past few months felt satisfyingly far away.