Tuesday 25th November - This way and That way

I set off at 6:50 am this morning - ten minutes earlier than usual, but I was allowing for frost and ice (there wasn't any).

My first school is 20 miles away, and I'm due to start at 8:30, but it's the sort of place you can't get to reasonably in rush hour. You can leave early, and arrive early after 40 minutes, or you can leave later, and arrive hassled and stressed after queuing on the motorway to get onto the slip road (very unsettling), and then crawling along in stop-start traffic for about 5 miles (very annoying).

Today, as I was so early, I tried the alternative route through the B roads.

It was pitch black as I left home; after ten minutes the sky was beginning to make a contrast to the dark hedgerows. A few minutes more, and the bright bronze beech leaves began to glow from the trees on either side of the road.

By the time I reached my destination (just after 7:30!) there was a pale, grey, cloudy sky. Just what the weather forecast said; a dull, grey, cloudy day. 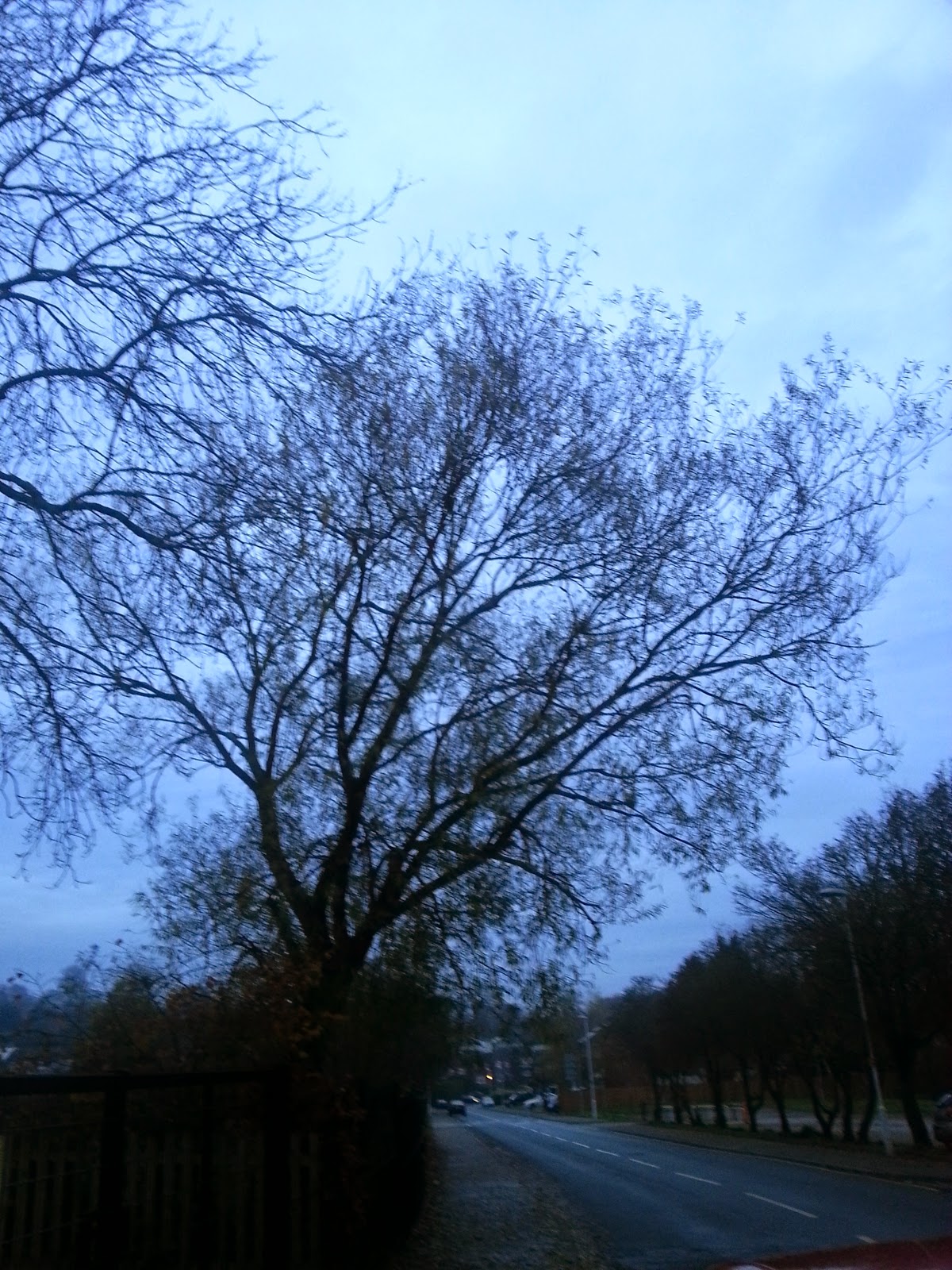 I won't do that route again, though. There was just SO MUCH STEERING to be done - I know it sounds ridiculous, but the lanes are narrow, and the early morning commuters are cut throat, and it felt like some weird and scary fairground ride, bend after bend in the road, on and on and on without respite.

Back to the ring road and motorway and A roads it is.
Posted by KirstenM at 12:12:00

Email ThisBlogThis!Share to TwitterShare to FacebookShare to Pinterest
Labels: driving