Well, that was a fun weekend

The dentist bit was the reason why we were all together this weekend. I think our dental appointment arrangements require a separate post, so I'll leave that for now.

We (me, BestB, Number1Son, FavouriteDaughter) all had lunch at the Costa once those of us whose teeth had been remodelled were ready to eat, and then made our separate ways home according to whether we were old and cold or young and active.

On Friday night we celebrated Chinese New Year - well, we had a Chinese meal - and played the board game that we bought at Christmas. It is called "The Witches" and is based on the Terry Pratchett "Discworld" stories. I was Petunia Gristle, and nearly won.

On Saturday we visited my parents at their new flat - tea, coffee, shortbread biscuits. They moved in just under a fortnight ago and it's looking as though things are settling in well. That's worth a whole load of posts too....

In the evening we celebrated Shrove Tuesday with pancakes and Real Maple Syrup brought by friends from Canada (you know who you are!). I set fire to the stub of the 2014 Advent Candle, which had only got as far as 23rd December. We played "The Witches" again, and FavD won again. I was Dimity Hubbub and was less of a winner than last night. 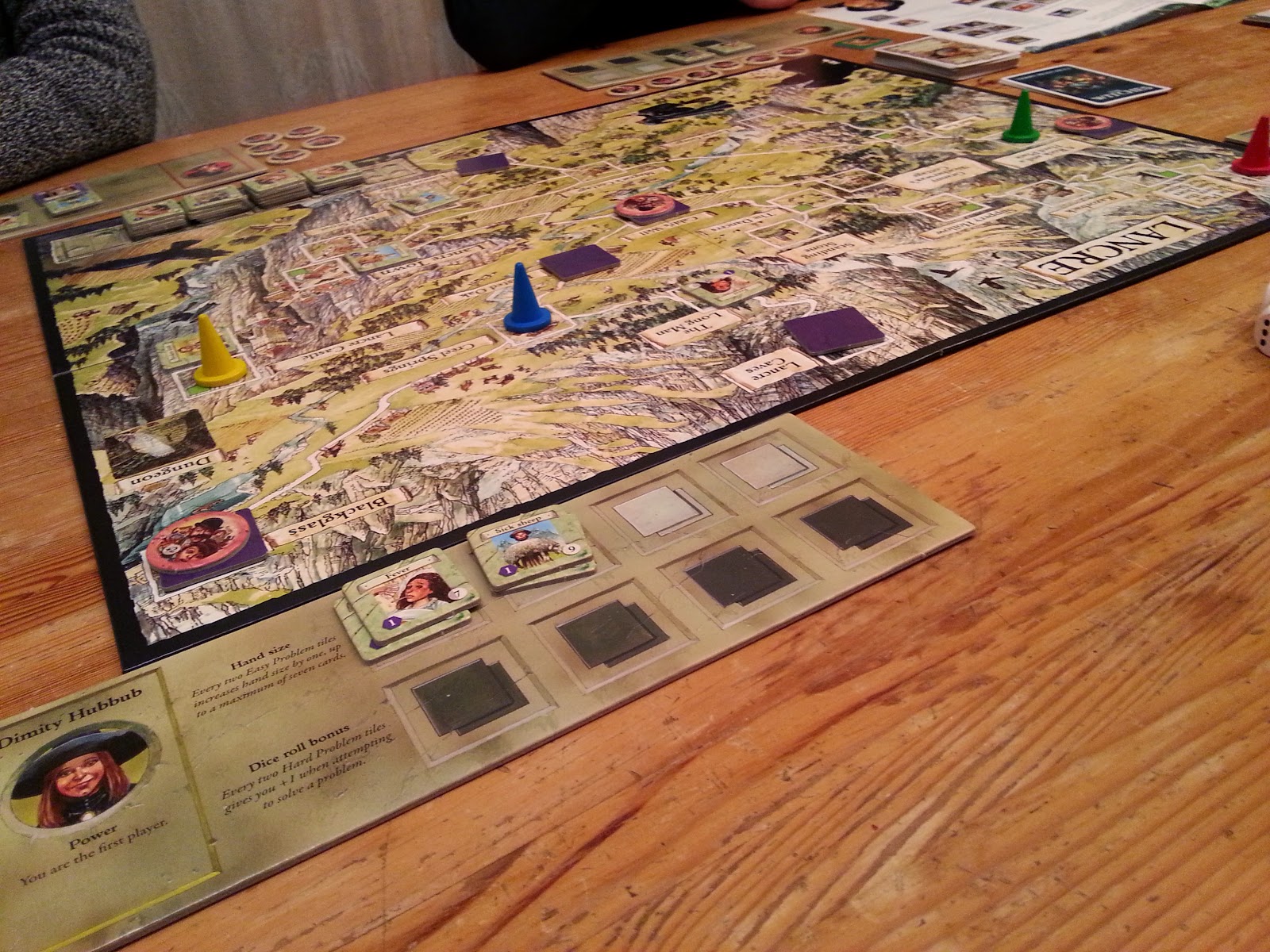 By the end of the evening, the candle just about burned through 24th December, so I decreed that Sunday would be Christmas Day with presents. 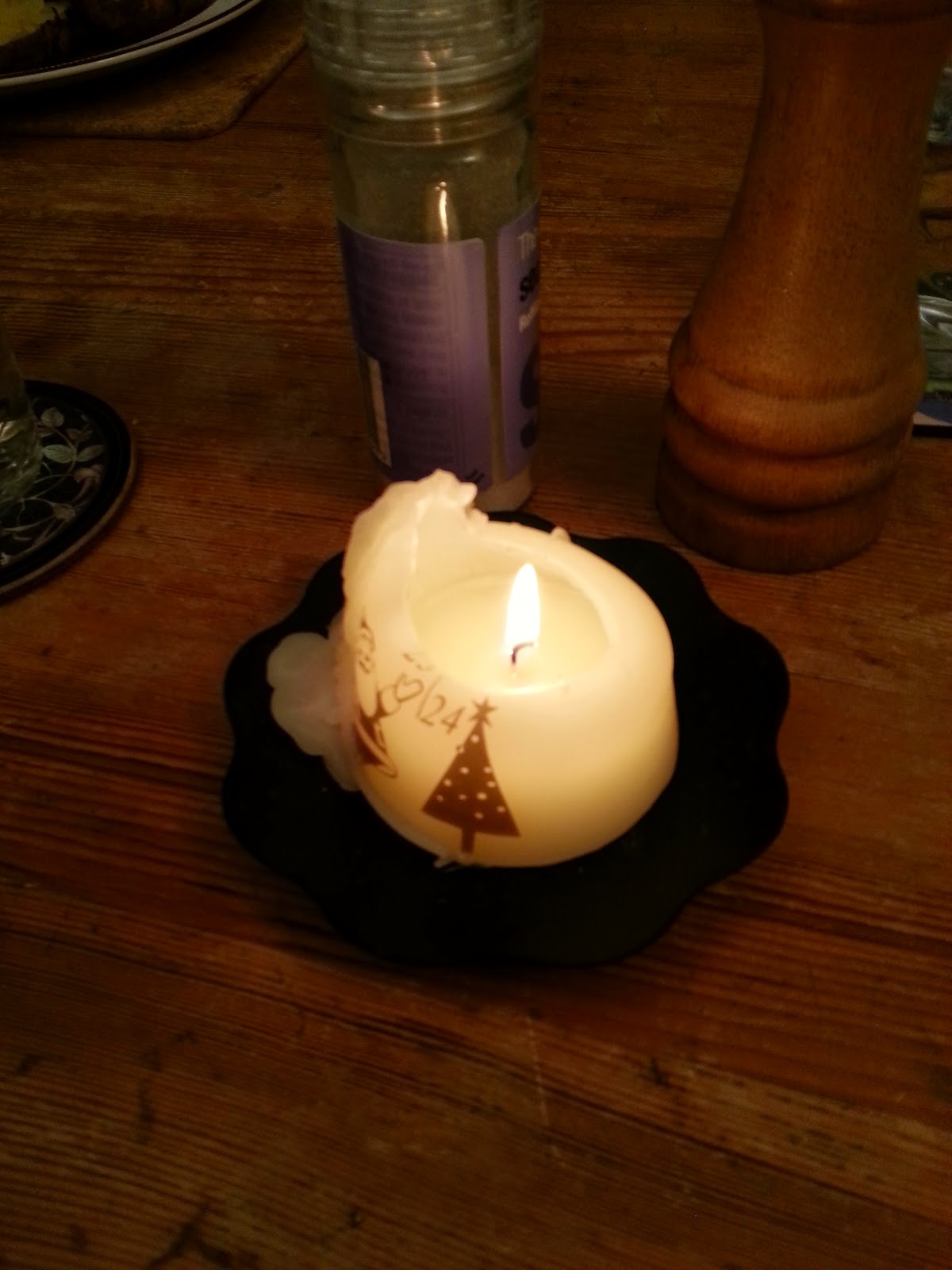 On Sunday morning, number1son had a lie-in, (FavD might have had one too? Dunno, as she was at her own abode) I played the organ for the early service (traditional; Holy Holy Holy Lord God Almighty; In Heavenly Love Abiding; and Immortal, Invisible, God Only Wise). I was on the rota for prayers for the second service, but decided that there were enough people around that if I sloped off no-one would miss me. BestB researched CD players (that's another story) and had a quiet morning.

We all four of us had lunch together at a favourite place, known to us as "The Bonkers Teashop" because of the idiosyncratic décor. I produced presents!

Later that afternoon, the youngsters left to resume their normal lives. And we resumed ours. Normal life, that is. If only I knew for sure what "normal life" is these days????

The Advent candle still has a way to go before it is completely finished. How many days until Christmas? 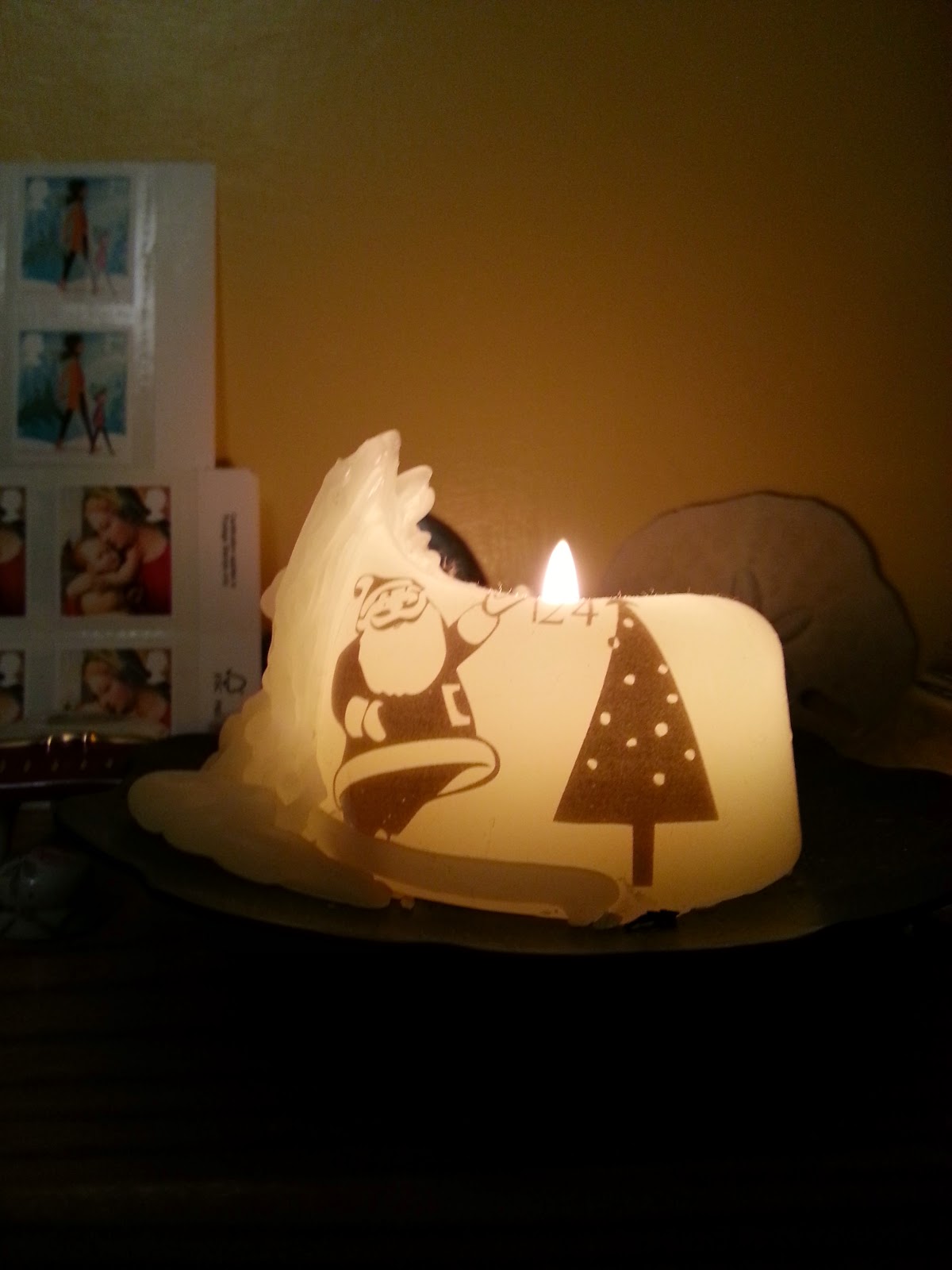