Today has been full of (good!) surprises

There was a bright frost this morning - the weather was brisk rather than freezing and the ice had already started to soften in the morning sunshine. That made a nice change!

At break time, I balanced a sirop-wafel on my coffee... half a sirop-wafel - I didn't want to be too greedy. Let me tell you now that half a sirop-wafel won't balance on athat particular cup of coffee. However it wasn't very difficult to fish it out with a teaspoos and it tasted delicious. I think that's definitely the way to go in future.

Crossing the playground after a disorganized and - my new descriptive word for this class is "ebullient" - music lesson, the breeze had dropped and the sun was HOT on my back. Loverly.

These tiny daffodils have emerged; I don't know if they are stunted or miniature. They can only just see over the edge of their container. So brave. So sweet. 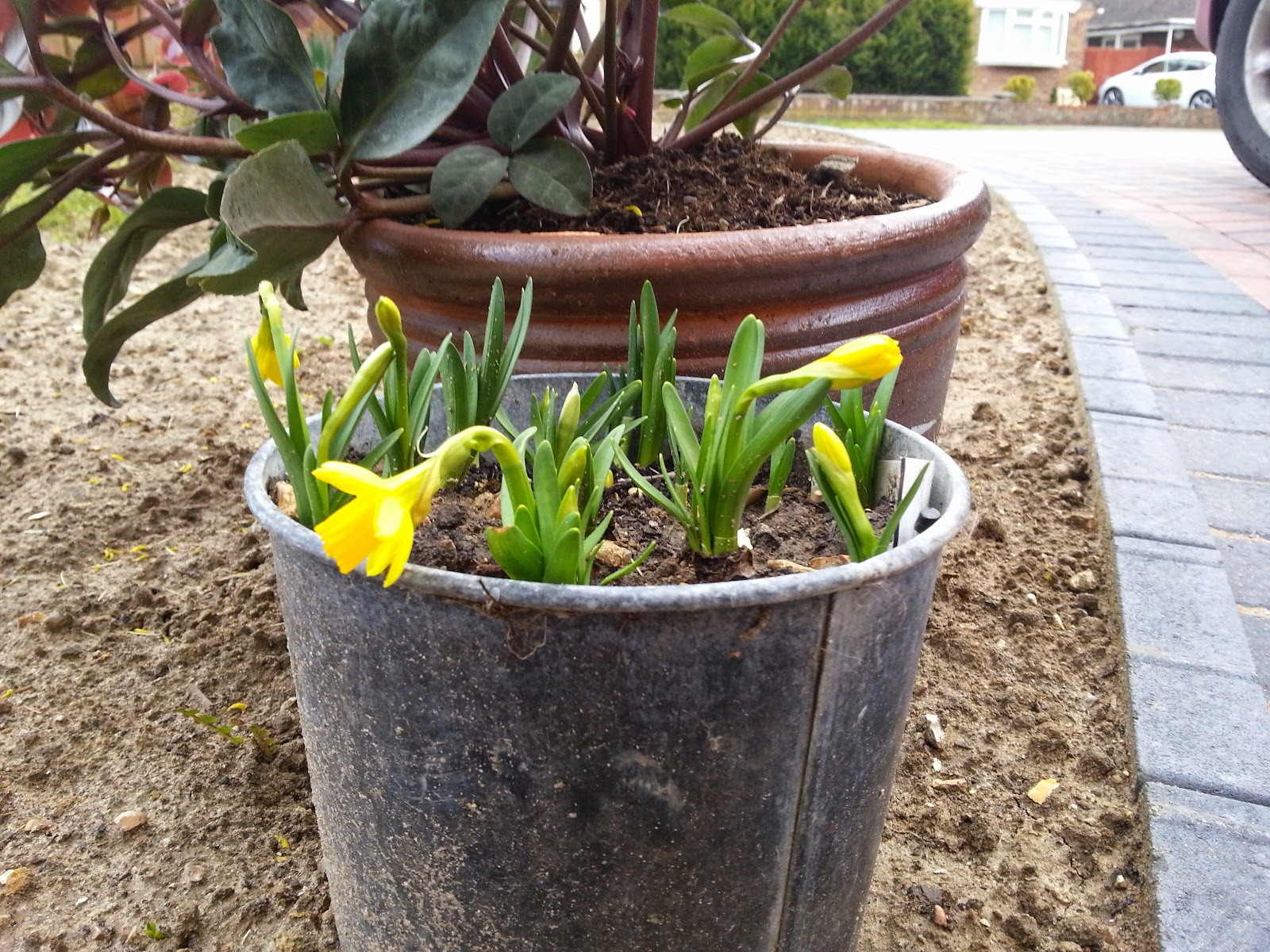 The camellia that I was given in November is still covered in buds and producing flowers. It has rather capsized itself since we planted it in the tub, but has managed to cope. 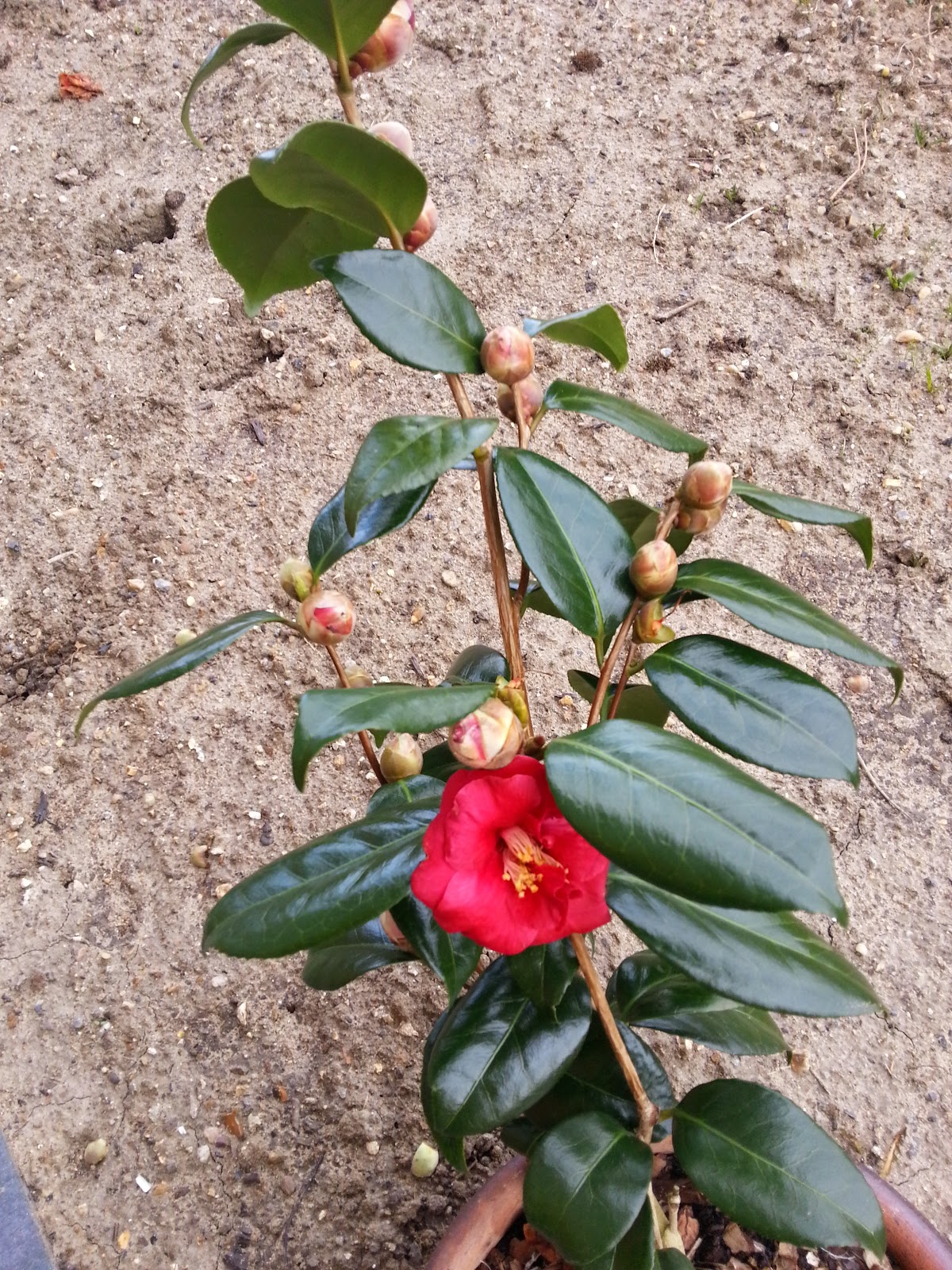 We have been invited out to supper! Yum yum!

Every year I buy, or am given, flowering bulbs in pots. Once they are finished, I tend to just push them whatever suitable plant pot is handy outside the back door. Labeling them would be too organised. I wonder what's in these?