What has happened since??

I'd have to go through my diary (which is waiting for Saturday and Sunday to be written up).

August; James-the-tree-surgeon came and worked wonders on the garden. In one hectic afternoon he resolved the chaos of our borders into trimmed hedges and shapely shrubs. In passing he removed a neighbour's tree (at their request, I hasten to add) and a couple of lower branches of a huge oak which has become rather overbearing.

So when our Canadian friends came to stay at the beginning of September the garden, at least, was reasonably presentable. They brought a number of friends with them, who appeared one by one; 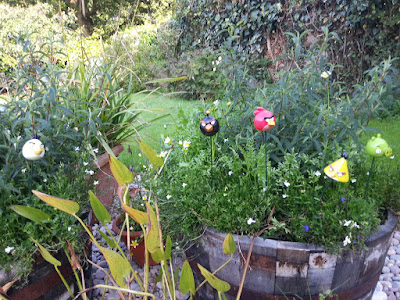 It was a wonderful fortnight; the weather was mostly best British, and we stumbled upon all kinds of unexpected delights. Like a flock of paragliders on Devil's Dyke 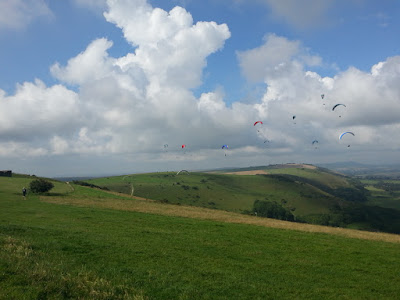 or a balloon festival in Wisborough Green. 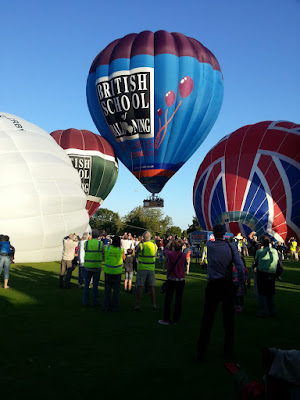 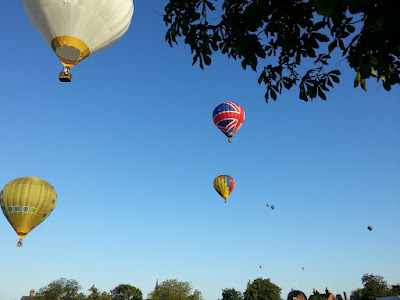 We also went on a boat trip around Chichester Harbour where we saw an Osprey, 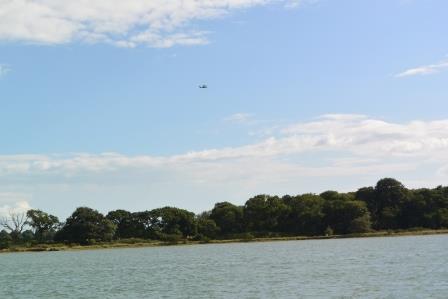 ate very many pub meals and generally had A Good Time Together.

We waved good-bye to them on 11th September, celebrated a family birthday on the weekend on 12th September, and then it was "hello" to former colleagues from State-side. They weren't staying with us, but we met up for supper one night, and then for a glorious Saturday, taking in Leith Hill (I missed that, because I now teach on Saturday mornings), Wiston Tea Rooms and Buncton Chapel, and Portchester Castle (she wanted to see castles and old buildings).

Term Started at the same time. It would be fairer to say that it began to begin on 3rd September, and has carried on beginning until last week. At the end of July I didn't seem to have much work in prospect for this academic year, and I was not too happy about the implications. However, various schools and some cover work came my way, and now I have a moderately full, and completely shambolic schedule which I am still getting used to. Hopefully by halfterm (bring it on - two week's to go!) I'll have got my head round what I am supposed to be doing, where, and when.

Fitting in three routine hospital appointment and three dental appointments around all this teaching used up what little brain-space I had left over. The cardiology and chest clinic appointments have resulted in the good news of "no change" and the even better news of reducing my steroids, and I am the possessor of a beautiful root canal treatment and shiny new crown on top. Long may that last.

There was another important acquisition, but that will have to wait for another post.