Today is the beginning of half term - hallelujah!

I had just about run out of steam by the end of the week.

Knitting is proving a great way of reducing my "Freecell" addiction, although I still click-click-click away as a sort of disconnection ritual from interacting with people (pupils!) after teaching. I'll be giving it up for Lent (again); just watch my fingers get the shakes and my hand hover over the mouse for 47 days.

Anyway, that hat I knitted last week? I wore it on Monday and Tuesday, and had to come to terms with the fact that it really was too big and loose. It was easy enough to unpick, and only took one evening to re-knit on smaller needles. It is still a bit loose, but much better. I reckon that counts as TWO things finished for February.

I had a go at knitting a red heart to make into a valentine's card - in fact I had several goes with two different patterns, and gave it up as a silly idea. However, my last pupil on Tuesday morning was away, so I had time to visit one of my favourite shops before arriving at the next school: Handcross Hardware and Craft 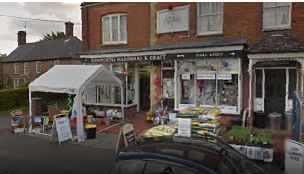 It sells EVERYTHING. My excuse was that I had left all my pens at home, and I knew I would be able to buy one there. There's coal and compost and bicycles and children's buckets and spades and whirly flowers and plants outside, and stationery and ornaments and knitting wool (not much) and gift foods (teas, coffees, biscuits) and COOK frozen food and seed packets and household cleaning materials at the front, and gardening and farming and torches and rope and oil lanterns and mouse traps and hoof oil and horse harness and heaven knows what as you further and further and further back. I did very well to escape with four packets of seeds (broad beans, Brussel sprouts, lettuce and radishes), a cheap fountain pen and a packet of posh chocolate to share for Valentine's day.

Why broad beans and brussel sprouts? I am determined to grow and eat some vegetables this year. Fresh tender young broad beans bear no relationship at all to the solid grey rocks that used to be dumped on our plates at prep school. I wonder sometimes if eating was meant to be a form of penance at the convent; spinach full of grit, red cabbage boiled to a pale sludgy grey and broad beans - I've said enough about them.  And when we were in Canada last year, we had brussel sprouts that had been picked BEFORE the frost; they had the sweetest flavour you could image, so unexpected. I'm hoping to get them started over half term. These look like being a good idea too. We buy them in Waitrose when they are in season.

I've added the text, for the info on companion planting. Nasturiums and mint. Gottit.

Friday was a First Aid course instead of teaching grade 8 cello, grade 1 viola, numerous beginner pianists, a beginner cello, a grade 4 cello and a group of grade 2 cellos. It made a pleasant change. There wasn't a lot of bandaging, and we spent most of the day doing chest compressions on a variety of different sized dummies. Being a musician I found it impossible to deliver 30 compressions; musicians count in 4s and 8s. But luckily it doesn't matter if you do 32 before you do the two "rescue breaths". Singing that "Staying alive song" in your head, like in the TV advert. 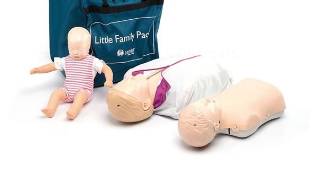 Afterwards, in the evening, it was time for drumming again; it is going along quite nicely. There are half-a-dozen regulars, and they seem to be enjoying themselves.

It is now Saturday morning. I'm rattling off this post, having had croissants and coffee, and then I am taking a book back to bed for a wide-awake lie-in/lazy morning.

Yesterday the weather brightened up in the afternoon - I'm hoping it will do the same again today.