We're back now! But I'm just getting round to posting.

Here's Amsterdam Centraal - a magnificent station, where we pitched up on Saturday morning.


It didn't look like that when we got there - the weather was cold and grey, and the forecourt was bustling. The last time I was in Amsterdam I was probably about ten or twelve years old. I have almost no memories of that stay apart from the traffic, specifically trying to cross the roads. I still have occasional nightmares about that.

No-one in Amsterdam walks about looking at their mobile phones - to do so means death. Probably. After a while you get the idea of which direction the nearly silent trams are likely to appear from. They ring their bell at you, so that you leap into the path of the tram coming the other way.

Thankfully the buses, cars and motorbikes make more noise and you have a chance to hear them coming.

But then there are the bicycles. No-one can properly imagine a city full of byicyles until they have been to Amsterdam. They hurtle towards you from no-where. I swear they use magic to appear when you least expect them. Dutch bicycles are not the highly-strung, light-weight contraptions like the ones that flit about the London streets, driven by skinny-ma-linky-long-legs all dressed in neon lycra. No, no, these are substantially engineered frames of an upright nature, with a tremendous sense of momentum and, great barrows on the front, full of shopping and children. Also, as far as I could tell, they are not fitted with brakes. At least, they never seemed to stop at lights and crossings. 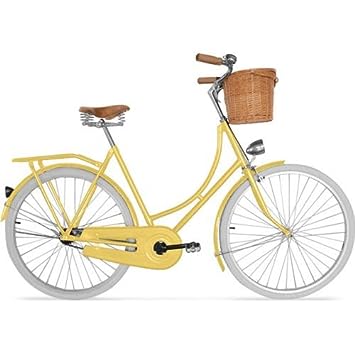 So, when in Amsterdam, the best thing to do is take a canal trip. My pictures didn't come out, so these are all from https://en.wikipedia.org/wiki/Canals_of_Amsterdam

Email ThisBlogThis!Share to TwitterShare to FacebookShare to Pinterest
Labels: Netherlands