The fence is complete 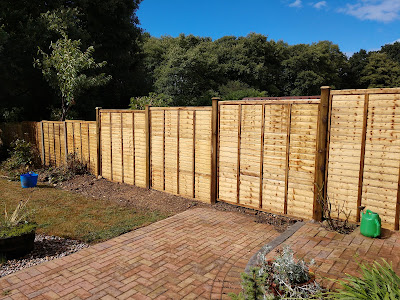 It looks a bit severe at the moment, and the neighbours are a bit thoughtful. It is several feet lower than the confers that they had before; I'm confident that we will get used to it in time...

See that lovely blue sky? It is now 4pm and it has been raining, pouring, Old Man Snoring sort of rain, most of the day. And it will do so again. Which month is this? I know it begins with an 'A' - April or August?

The white Japanese anenome, near the blue tub, has survived all the upheaval, I'm happy to see. I rushed out, and with the help of Himself managed to prop up the pink anenoesat the exteme left of the picture which were all flattened and despondent.

I sowed radish seeds at the beginning of the week - and look - they have come up already! 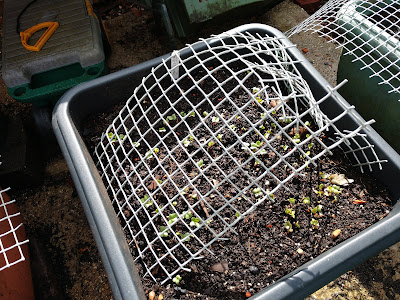 As well as sowing, I have been sewing. I have been eyeing up a linen tunic-top in Seasalt for some time, but it is £70 and I'm not ready to pay that yet. Maybe soon... but then I got hold of a linen-cotton remnant and have made myself a similar top for around £10, plus several hours, plus a few mutterings and blood stains.

It is remarkably difficult to take of selfie of NOT your face but here it is. I might add some patch pockets later on, but I have run out of time because the tribe are arriving for the weekend so the dining room table needs to be clear. Which it is - now. 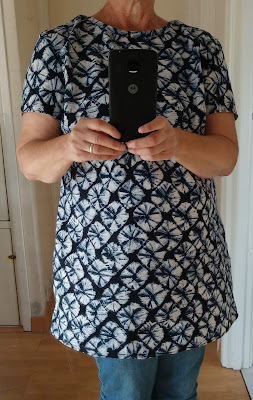 I have also discovered how to sew 'bento bags' -  a Japanese thing. You need two strips of fabric, three times as long as they are wide, and you sew them together and do a sort of origami, and sew here, and there, and hey presto! The fabric strips I used were some scraps 12" by 36". 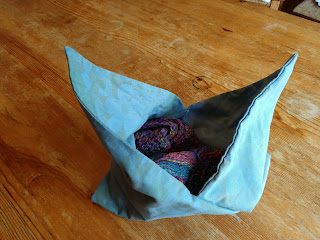 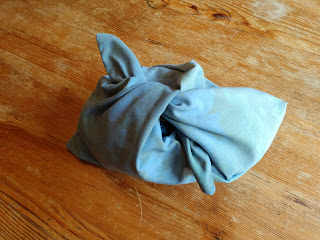 Perfect for wrapping up a small project. Or a small anything. I can see a whole load more of these happening soon. I found the pattern on another blog, and was a little mystified by her remarks about the cold weather, until I realised that the writer lives in New Zealand.

Yesterday I was on my own for lunch. When did I last have a boiled egg and soldiers? I can't remember. The egg was delicious - a blue-shelled one from Marks and Spencers. 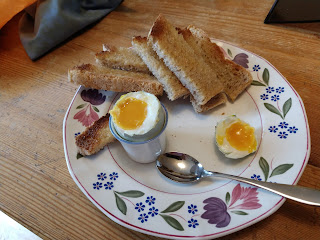 I now have a couple of hours before everyone arrives. I shall untidy the dining room table and have a go at this; - painted by Rick Surowicz 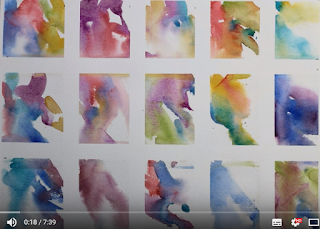 Not sure how mine will come out!