Isn't there a song? 'I'm just sitting watching flowers in the rain'

Oh yes and it was the first song played on Radio 1.

And I love this Debussy Jardins sous la pluie  although I can't play it, unlike this ten-year-old 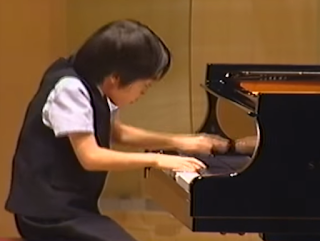 Anyway, it is raining here today. He has taken our little car to the garage as it keeps producing a warning symbol on the display, without any clue as to what is wrong. I am having a 'morning off'; it should be a whole day but the afternoon has been hi-jacked by a committee meeting - blah blah blah.

So, I have been catching up;

researching woodworm, death's watch beetle and dry rot for the book, and yes, I did ring someone up and explain that the farmhouse I am renovating is purely imaginary and how much would it cost to get the beetles and the dry rot fixed?

thinking about the next bits of writing

researching medieval men's names - d'ya'know, choosing names for people in the book is really tricky. One of the characters is turning out to be a right bstrd, and I will have to change his name as it is the same as a friend's husband. Not saying who. Don't bother to ask. He started out ok - the character, I mean. The husband, as far as I know, is a thoroughly decent chap.

making chikenduzas - a Zimbabwe candy cake. I've just taken them out of the oven - they are not going to look like the picture, not least because I have used mini loaf tins, and don't have any pink food colouring. At the moment they are solid and rubbery to touch - the proof will be in the eating once they have cooled down. 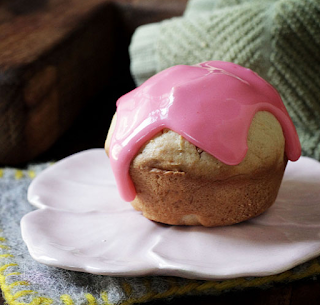 The committee meeting is the AGM of the Womens' World Day of Prayer thingy. Next year is 'Zimbabwe' , so I'm testing recipes for the coffee morning. 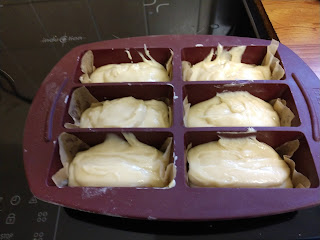 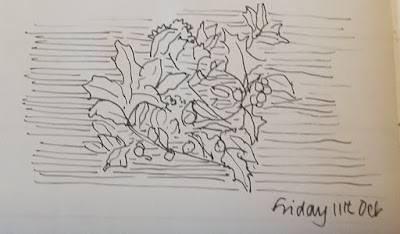 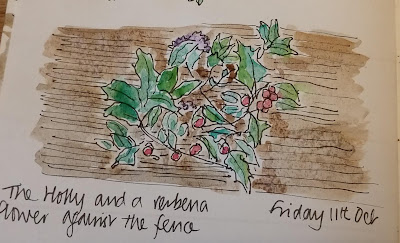 Which is where the 'flowers in the rain' bit comes in... as I was out raking pictures in the rain.

Here's the photo for the picture above. 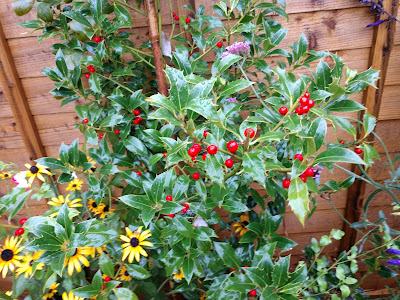 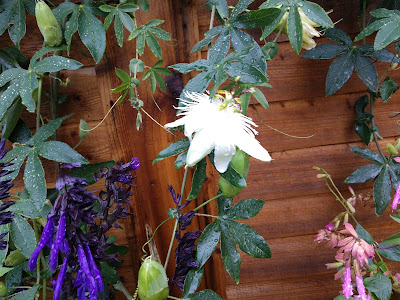 The triffid is about to flower - I have no idea what it will look like. It will be walking round the garden catching the pigeons next. 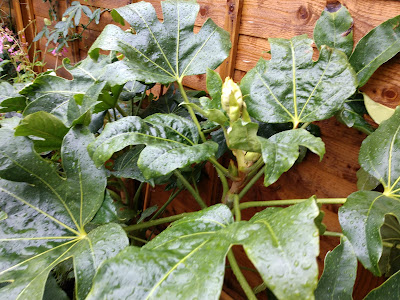