There's some gale or storm coming through at the moment - part of me wants to be down on the coast to see what's going on, and another part of me stays home and puts the kettle on.

At least it is a warm, southern sort of wind, quite pleasant so long as one isn't trying to achieve anything. Like deadheading the roses, as the wind was swaying the bush from side to side which probably isn't that great for its roots. I won, just about, but accidentally snipped off some promising late buds; 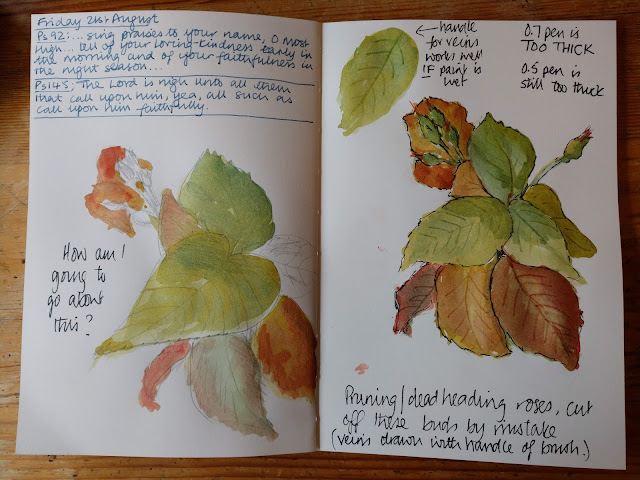 I'm just peering out of the patio door, which we've closed now before it could make that choice of its own accord in an elemental and potentially destructive manner. Two of the three surviving sunflowers are standing upright, held fast in the clutches of the passion flower vine which has got delusions of world domination. The other... well, let me go out just now and take a picture... 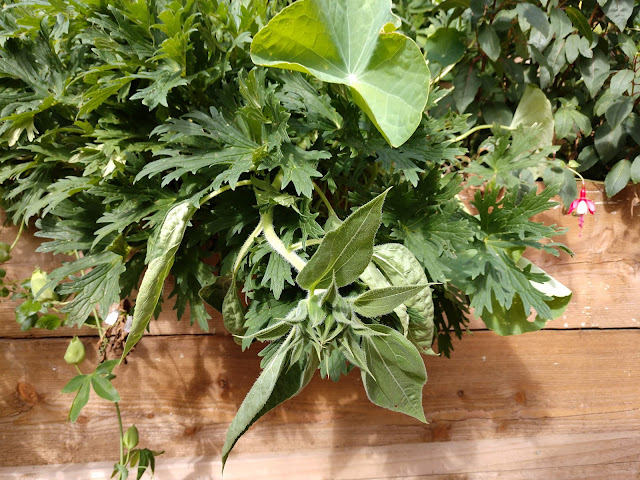 There it is, at the bottom of the picture, making friends with the geranium. I've lifted it up and arranged some passion flower vines around it to give it some support. That's a climbing nasturtium lolling about nearby; they clearly didn't read their full description on their seed packet.
There is an enormous oak tree at the bottom of the garden, swaying and billowing and threatening to take flight. Our neighbour would like it gone; it interferes with his observatory at the bottom of his garden by obscuring a good chunk on the night sky. In particular it screens out the North Star from his garden, which his telescope uses to computerise itself in some way. I'm not sympathetic. An observatory in a place like here with so much light pollution was never going to be a great success. 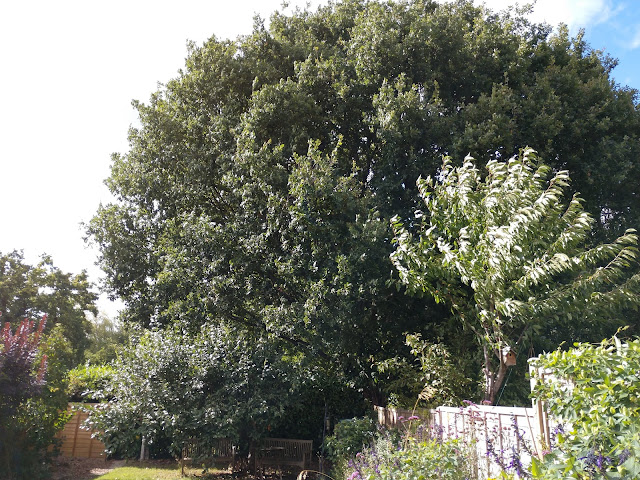 (Look at the leaves on our other neighbour's cherry tree all pushed over by the wind!)

For once, the patio table is quite sheltered; Leo's fur isn't being blown at all, unlike the border plants close by. It's a little 'dead spot' in the swirl of wind that is filling the rest of the garden. 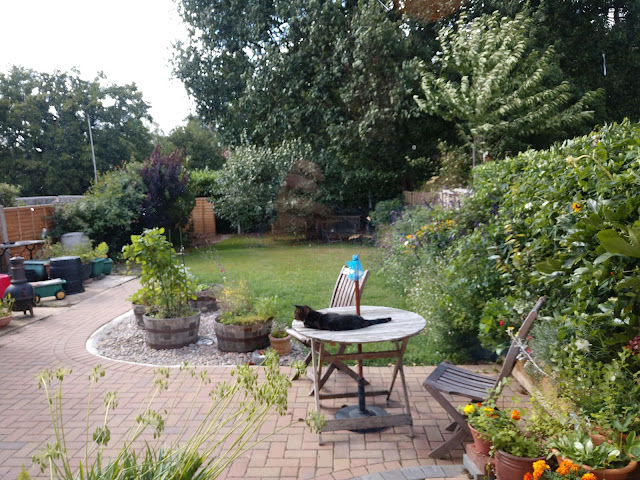 Oh, were you expecting news in this blog post? In England, the weather is always a topic for news. Today it is about the only topic.

(I'm so glad that for once I read through a preview of this post - normally I don't, as you will know from the number of typos. Today I did, and was there fore able to add an essential 'r' to a word at the start of the paragraph before the sunflower photograph)