I'm joining in with Angela Almond's Annual Advent (whoa, all those 'A's!) blog round robin; you can find the other contributers at her website here 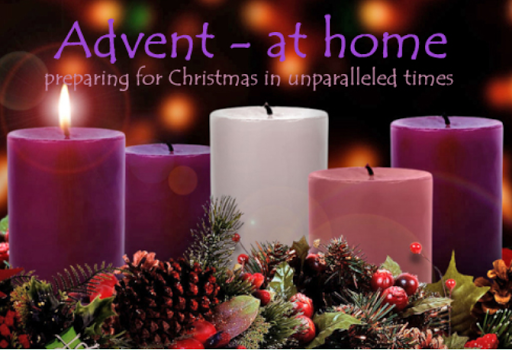 I'm also a member of an Advent Book Club on facebook which is reading 'Frequencies of God - walking through Advent with R S Thomas', by Carys Walsh.
Last week's poems were all on the theme of 'waiting' - waiting for something to happen.
Thinking about it, this has been what quite a lot of this year has been about - waiting... Now a vaccine has arrived on the scene and we are now all
still waiting
because it is going to take time for everyone to be offered the vaccine, and then there's still working out how to live 'with' covid19.
This week's theme is 'accepting'.  I don't know how that will be developed through the poems Carys Walsh has selected.
I do know that 'accepting' is a large part of what we need to consider in this run-up to Christmas.
Two thoughts came to mind; accepting limitations and restrictions and changes to family traditions, and accepting gifts, however large, however small, however mystifying, however unexpected. Small gifts, of surprises, thoughts, sunlight, telephone calls, are easily within our powers to give and receive.
Today's poem to begin the theme is
Amen
And God said, How do you know?
And I went out into the fields
At morning and it was true.
Nothing denied it, neither the bowed man
On his knees, nor the animals,
Not the birds notched on the sky's
Surface. His heart was broken
Far back, and the beasts yawned
Their boredom. Under the song
Of the larks, I heard the wheels turn
Rustily. But the scene held;
The cold landscape returned my stare;
There was no answer. Accept; accept.
And under the green capitals,
The molecules and the blood's virus.
Typing it out now is literally the first time I have read the words. There's a lot of thinking to be done here... asking the questions, and accepting the answers....
Posted by KirstenM at 16:54:00

Email ThisBlogThis!Share to TwitterShare to FacebookShare to Pinterest
Labels: #Pause for Advent