This year I have got three, no, four advent 'calendars' on the go;

The little tea lights I 'made', as in wrapping them around with Christmas washi tape which I started yesterday, as there was one tea light left over from last year; (you will see some of the tea lights stacked ready to the side) 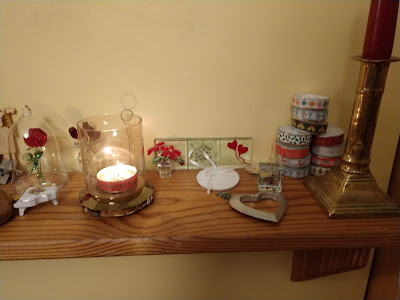 I discovered they burn for about 5 hours, so I try and light them around four or five in the early evening

Today's also the day for starting the chocolate advent calendar (I am so looking forward to a chocolate after supper tonight) and the wooden Father Christmas calendar, now with all the little drawers miraculously stuffed full with different exotic teas; 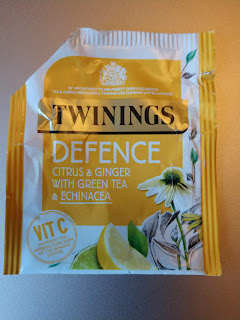 Finally, or should I say initially, I began the Advent book 'Frequencies of God, using the poems of  RS Thomas poems. I read the first poem on Sunday 29th November as that was the first day of Advent. I'll leave you with today's poem;

In Church by R. S. Thomas

To analyse the quality

Is this where God hides

I have stopped to listen, After the few people have gone,

To the air recomposing itself

Since the stones grouped themselves about it.

These are the hard ribs

Of a body that our prayers have failed

From their corners to take possession

Of places the light held

For an hour. The bats resume

Their business. The uneasiness of the pews

Ceases. There is no other sound

In the darkness but the sound of a man

Breathing, testing his faith On emptiness, nailing his questions

One by one to an untenanted cross.

The lines that stayed with me were '...the air recomposing itself / For vigil. It has waited like this /Since the stones grouped themselves about it.'

That really gave me a sense of millenia...

(How does he know where to put the line breaks in?)

Update on my father - he is making steady progress, beginning to think about what everyday life might look like when he leaves hospital.

Email ThisBlogThis!Share to TwitterShare to FacebookShare to Pinterest
Labels: Advent, my Father, poetry