Life can be just as precariously balanced as a House of Cards. 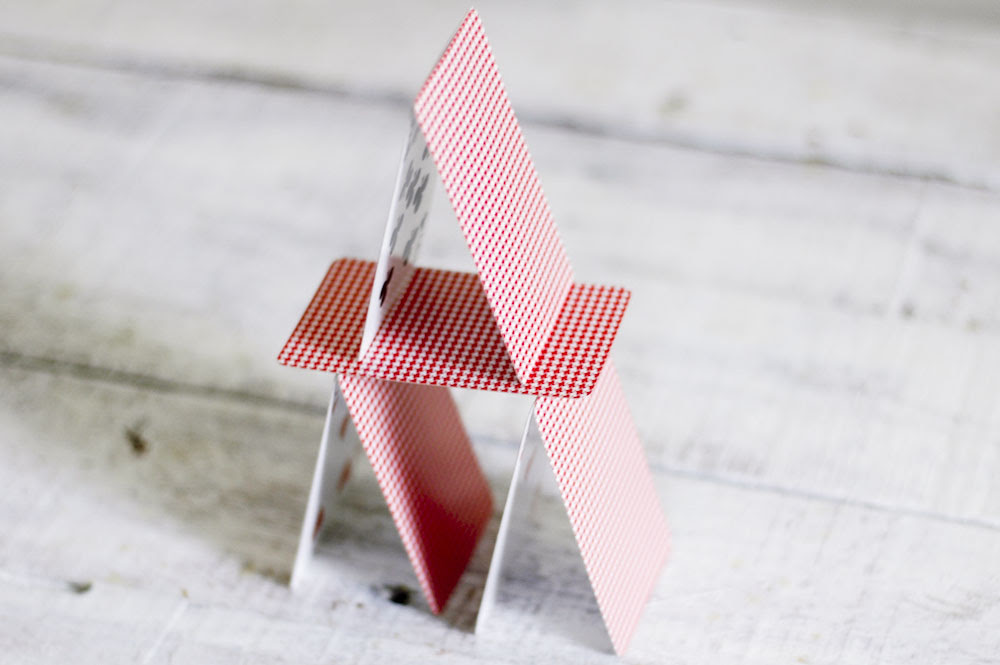 The first time I thought of this analogy was a long time back, probably nearly 20 years ago. I was studying for my Music Teaching Diploma (LTCL) in my "spare time".
Hahaha. As mother and housewife and part-time IT trainer and church organist there wasn't a lot of that commodity around. 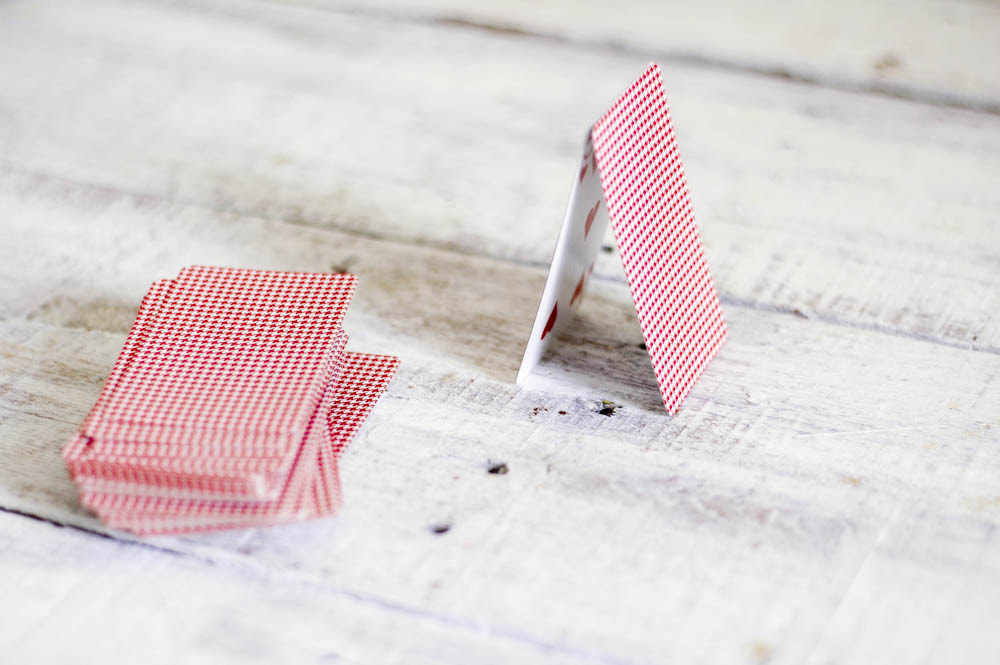 To prepare for the performance element of the diploma, I went on a Piano Masterclass Day. I had decided to play a Scarlatti Sonata, from memory. It's a fast piece and your hands have to make lightening jumps from one end of the keyboard to the other so there really isn't time to look at the music. I hadn't played anything from memory, in public, since I was a teenager. So, a scary, scary, scary challenge, then.

I completely failed to bring it off.

I knew the piece well enough at home, but on the day the structure would not hold. Was it the different piano? Or being on a stage? Was it the bright light from a window just catching my eye? Or the draught that randomly chilled my face? The twists and turns, changes in physical and melodic direction, needed to perform the sonata crashed, time and time again, just at the bottom of the first page. Rather like a house of cards, folding in on itself at the second or third layer.

The professor was very kind, very wise, and helped me through the misery and despair. He spent time discussing the nuts and bolts of the piece, and techniques for memorising, including the other pianists in the conversation until I was steady enough to try again. This time I took it at a slightly steadier tempo ('the performance direction "Allegro" has as much to do with liveliness and cheerfulness as with speed') and was successful. I have remembered this incident in detail ever since.

Similarly, other things in life are just as fragile as a house of cards.

My mother's return home after her major stroke is only possible while my father's health is good, while her health is good, while the carers, who come in 4 times a day, are completely reliable. At the moment she finds it difficult to sleep through the night. She will call for help, or reassurance, or company, maybe three times in the night, which has all kinds of de-stabilising effects on that particular house of cards. She spends the day dozing, because she is tired, and whoever in "on watch" that night, spends the day in a partial zombie state. Something will have to be done!

My own health is currently entering the next phase; I have an auto-immune disease which has been progressing relatively slowly ever since it was diagnosed, but just occasionally this progression creeps over a threshold where the next phase of treatment becomes necessary. This week, various tests have shown that another threshold has been crossed. It has taken me a couple of days to brace up and face up to the implications, but my personal "house of cards" is still standing, in spite of the shaking it received. However one consequence is that it won't be possible for me to stay at my parents' flat for a couple of nights each week so that my father can get a good night's rest, adding to the forces at work on their "house of cards". 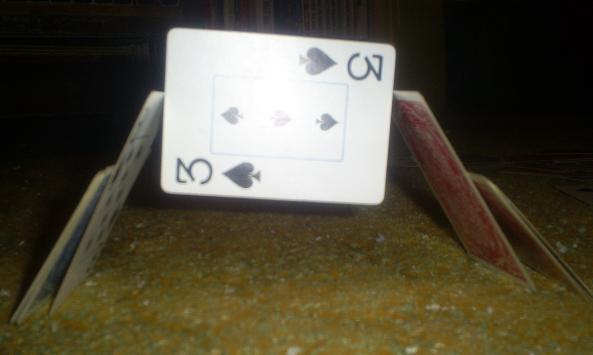 The thing is, the houses of cards work because each card is perfectly placed and balanced. Like our family, and our friends, working together, pulling together, staying together....
Posted by KirstenM at 22:04:00