The Man of the House was away for a few days on business. The household technology seemed to have started sulking at his absence.

Problem 1
About two hours after the very early morning taxi took him away, the washing machine beeped sadly and displayed the code which means the filter right at the back at the furthest reach of someone with very, very, long arms was now blocked. I managed to get the sodden soapy washing out, and empty the water out of the machine without drenching the kitchen, but that was as much as I could manage. Luckily I had already dealt with the mountain of washing over-filling the laundry basket, so I didn't have to do any washing for a while. 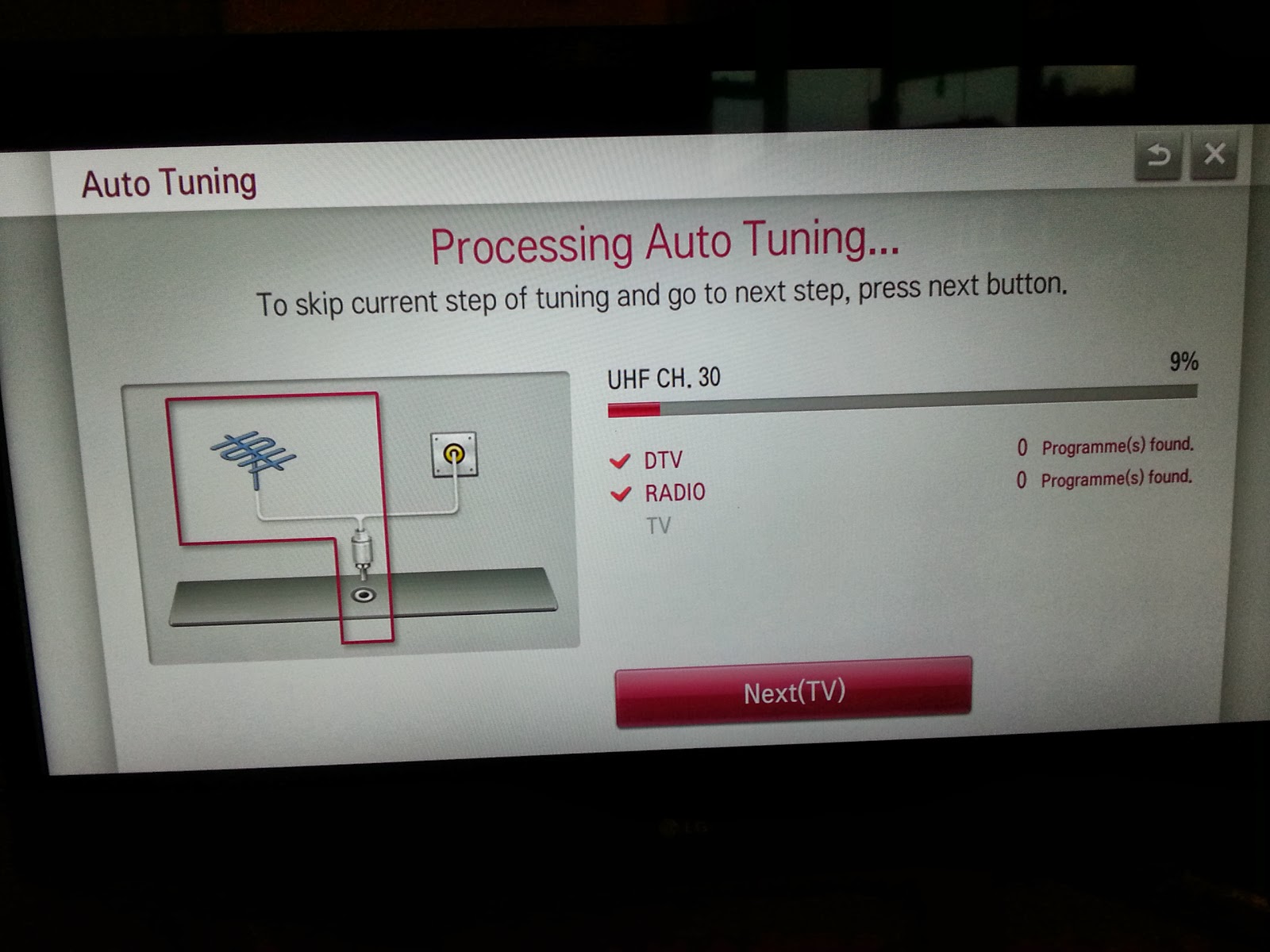 The television displayed a message to the effect that it wanted re-tuning. "Now, or later?" As advised by The Man of the House, I chose "now". After some time, the message "Cannot find any programs; this television is now de-tuned" came up.

Too true; the on-screen guide came up as a complete blank.

Problem 3
An email from work demanded that I send in a photo of myself for a new ID card NOW and TODAY. To be fair, we had been asked a month ago to provide this; and after a couple of failed attempts at "selfies", The Man of the House had taken quite a nice one. "Email it to me" I asked "because then I will be sure to find it. "No need, it is in Pictures=>your folder=>Photo-ID so you will find it easily".

No it wasn't, and I couldn't find it.

Problem 4
I was updating the lesson plans for all my schools on my laptop, and discovered the folder for one of my schools had completely disappeared. Gone. Not there at all. Took several deep breaths and instructed myself not to panic.


This looked like rebellion from various items of technology, all resenting The Man's trip away.

However, I have managed to retune the television (loud Hurrahs). And along the way I discovered the "settings" menu for the television. 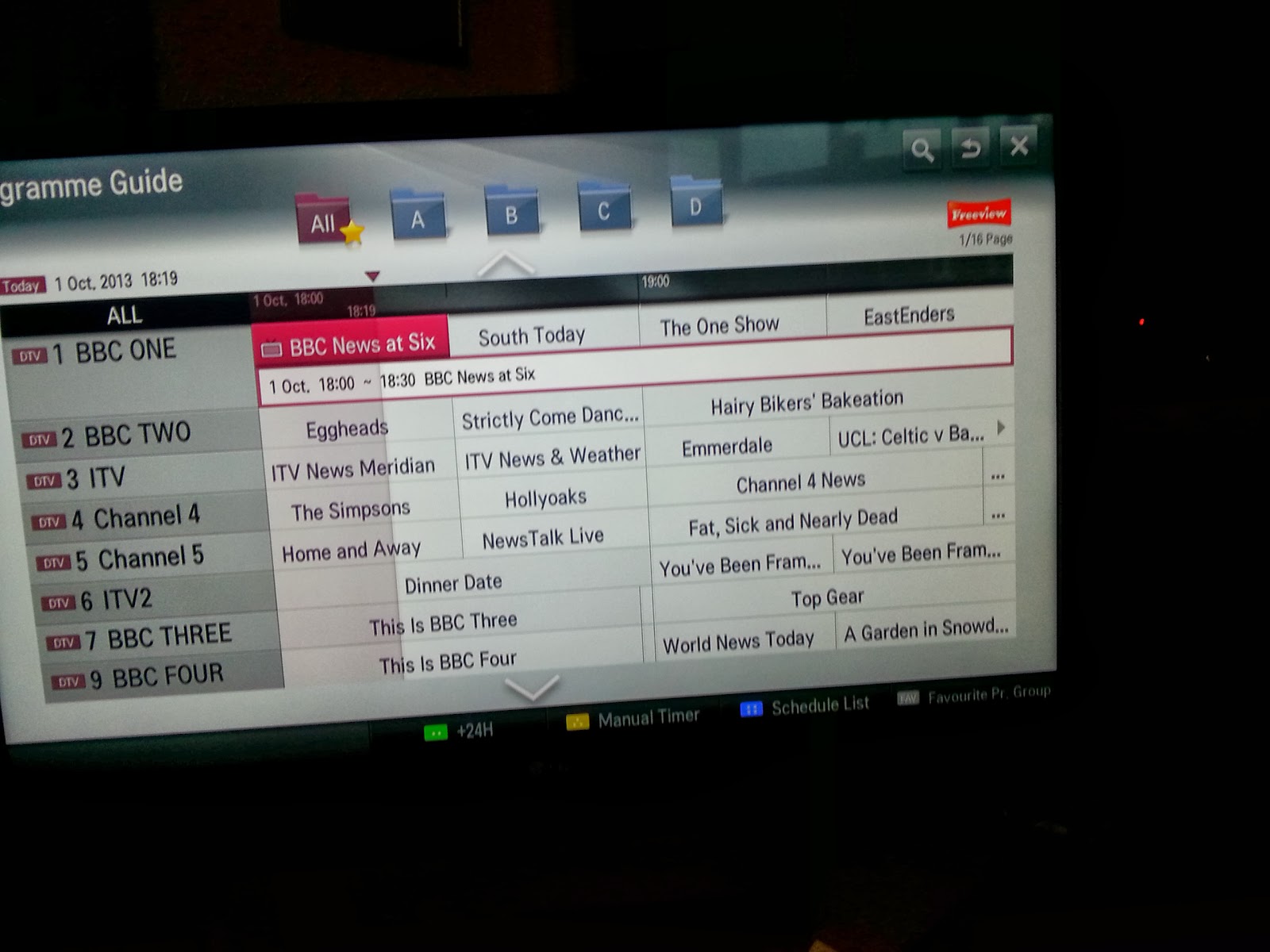 And I have found out how to search an entire computer (you start by googling "how do I find lost folders on my computer". That way you find out that you need to type what you are looking for in a little box at the bottom of the "start" menu. 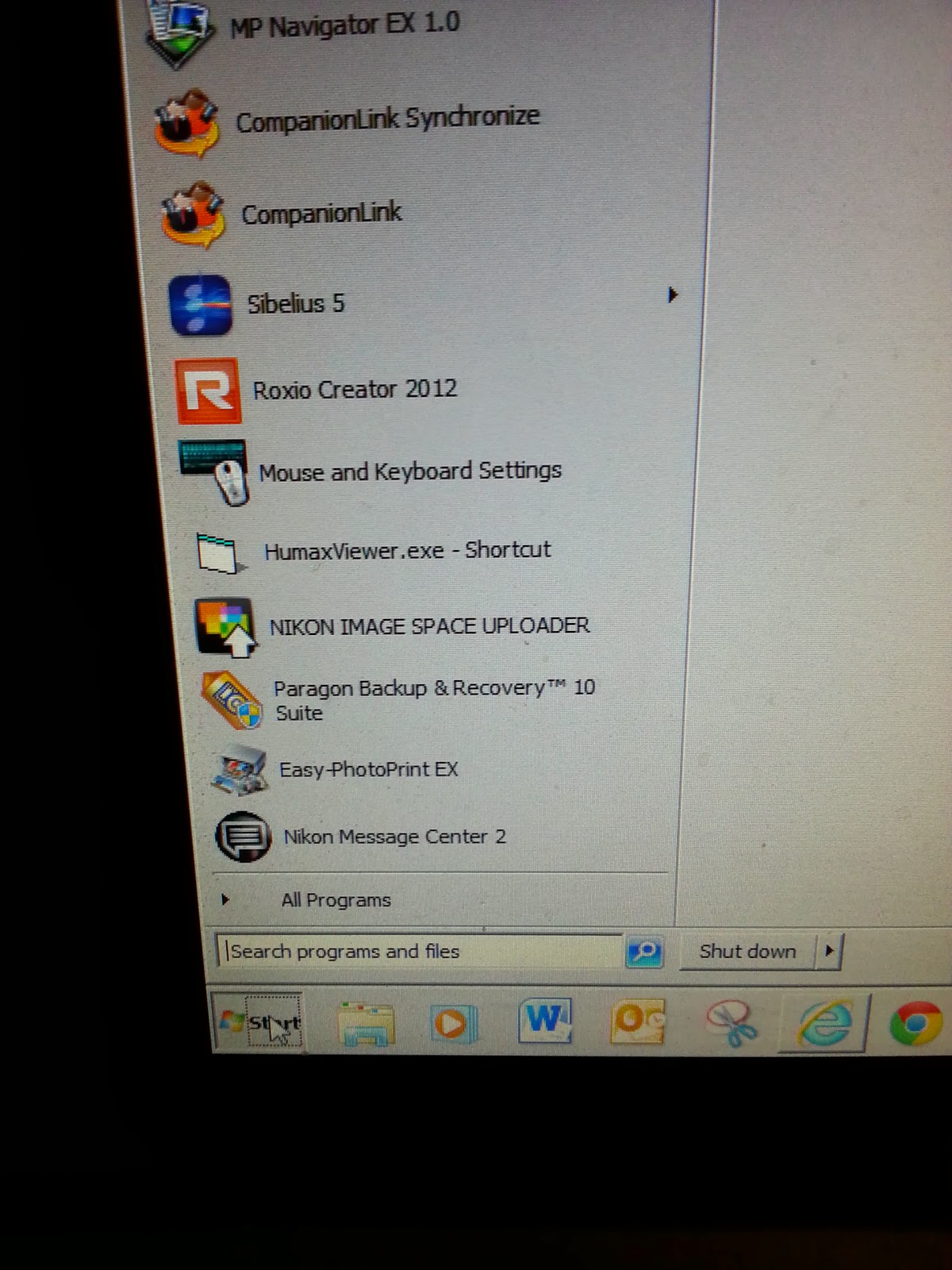 The photograph I needed seemed to be in a folder inside "pictures" called "Dover". Of course.
And the school lesson plans had taken up residence in another folder called AAAAdmin2012. Naturally.

Just the washing machine to go, then.

Hopefully things will be returning to normal soon!