This was really, really annoying.

I'm making another strip for the Tunisian crochet blanket, in a boucle yarn which was chosen for the blue colours that remind me of the water above and below the Niagara Falls.

I laid it out on the table to admire my progress... 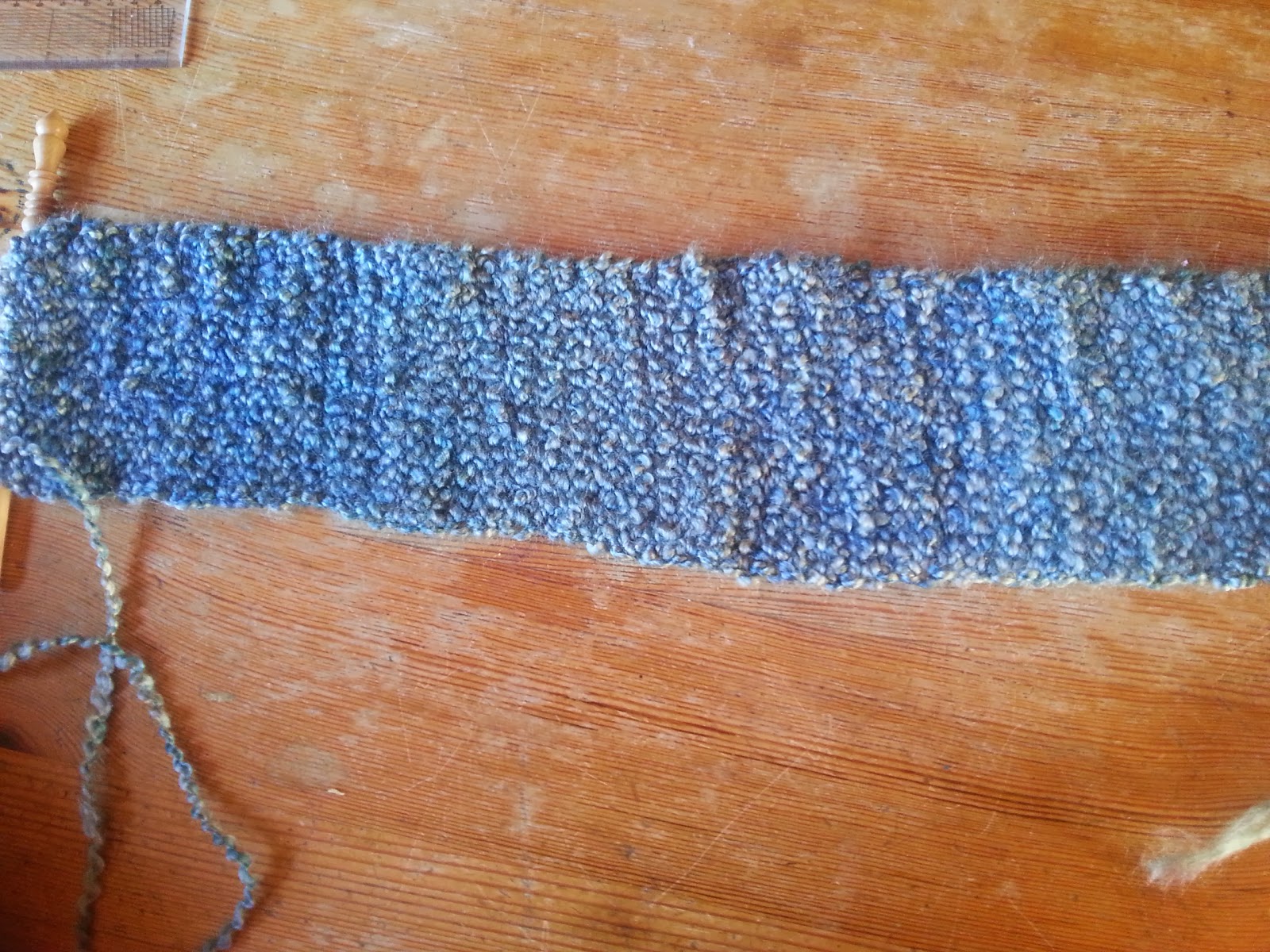 and instantly spotted that it has lost a substantial amount of WIDTH.

To rip it out, or not to rip it out? The difference in width is actually nearly an inch. 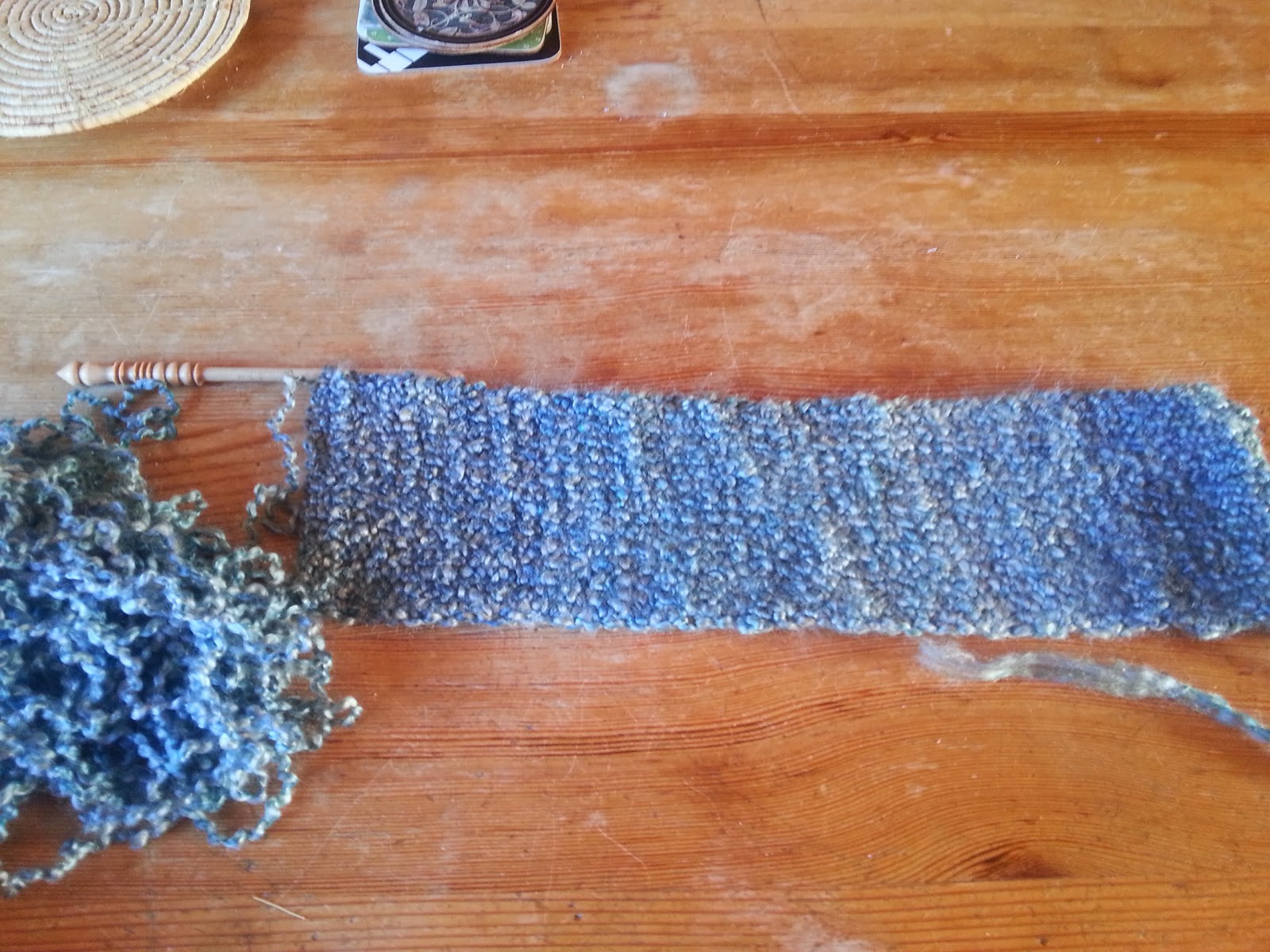 About half of the strip returned to a single strand. It would have been a good idea if I had checked what I was doing more often.

At least, with Tunisian Crochet, you only need to pick up ONE stitch.

BUT, tempted as I was to pretend that "it will be all right when I sew the strips together", I knew that it wouldn't work out. So I'm glad I managed to take the path of righteousness, earlier rather than later.

Moral - PAY ATTENTION to what you are doing!