What have I read recently?

Majorie Allingham - The Fashion in Shrouds (featuring Albert Campion)
Another detective mystery where I only just realised before the last page who actually dunnit. It's not a favourite - too much introspection and rather weird analysis of relationships. I know it was written in the early thirties, but how's this for a marriage proposal

'will you marry me [he asked] and give up to me your independence, the enthusiasm which you give your career, your time, and your thought?.... In return - and you probably won't like this - in return, mind you ... I should assume full responsibility for you. I would pay your bills to any amount which my income would afford. I would make all decisions which were not directly in your province, although on the other hand I ... might discuss everything with you if I wanted to; but only because I wanted to, mind you; not as your right. And until I died you would be the only woman. You would be my care, my mate as in plumber, my possession if you like. If you wanted your own way in everything you would have to cheat it out of me, not demand it.... It means the other half of my life to me, but the whole of yours to you. Will you do it?

'Yes [she said] so quickly that she startled herself.'

WHAT!!!   The nerve of him!
But, I suppose, he was only stating out loud what most men had expected, demanded, required from  their wives for hundreds of years, until comparatively recently. When you see it written down, baldly, like that, surely even then, someone must have seen how one-sided such an agreement was, and how defenceless it left the woman!

I am reading 'A Time of Gifts' for the current Book Club nomination, and, quite by chance, downloaded this; 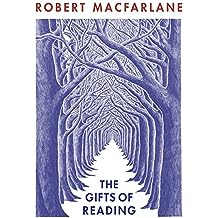 It was only £1.99 on Kindle, and I have already fallen in love with his 'The Lost Words'. I clicked 'buy now' because it was cheap, and because I like the cover picture. Then I discover it is all about being given a copy of 'A Time of Gifts' by a close friend, and the power of giving books as gifts. It is very short, 'an essay' as he says, but full of good phrases and ideas.

I finished an early Peter Whimsy - 'Clouds of Witnesses' by D L Sayers that a friend gave me as she found she had two copies. It is a bit too much 'what ho, what?' but I enjoyed it all the same.

I have also listened to yet Albert Campion audiobook; 'The China Governess' which was not nearly as scary as 'Hide My Eyes' and did its proper job of lulling me to sleep - not because I was bored, but because that is the usual effect of listening to any audio book or World Service Radio or podcasts. Which is why I listen to them.

There must be others, and when I have remembered what I have been reading, I'll post them on the Pages.
Posted by KirstenM at 10:30:00