That meant setting the alarm for 5 am, and aiming to be in the car for 6.15 am, to catch the early train to London. The moon was a sharp little silver crescent, still shining in through the front bedroom window when I opened the curtains. It has usually got itself round to the back windows by the time I like to get up!

So - lung function tests followed by a chat with the consultant was the plan for the first part of the day.

Lung function tests mean breathing in special and slightly complicated ways into a machine - sometimes slowly, sometimes fast, sometimes holding your breath, sometimes changing from in to out, or out to in as quickly as you can - it takes a surprising amount of concentration to re-arrange your diaphragm from 'in' to 'out' quickly enough without losing control! They also take a blood sample to test haemoglobin oxygen levels. If you are lucky, they just do a finger-prick. If you are unlucky, they stab your earlobe. I was unlucky, so spent the rest of the day wandering around London with a bulky dressing encasing one earlobe.

The results weren't as good as last time, back in the Summer, and I was a little apprehensive when it came to the time to discuss them. But the consultant decided they were 'fine' - considering that I had a cough and a cold and had just finished a course of antibiotics everything was in line with expectations. Good-oh. We went merrily on our way to enjoy the rest of our time in London.

At the beginning of the year I took out a membership of the V and A museum - sheer luxury - but it has transformed our visits. We can have a reasonably priced meal in the member's room -  a peaceful haven on the fifth floor, and then free entry to an exhibition, and explore whatever catches our attention on the day.

At the moment they have an exhibition on computer games;

So we went for a look-see. It was very interesting (and loud, and colourful and energetic). My main interest was in the art and story-boarding. There were lots of pictures and sketchbooks to look at. 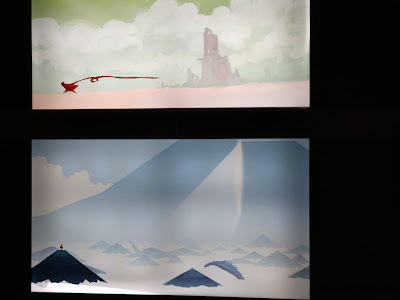 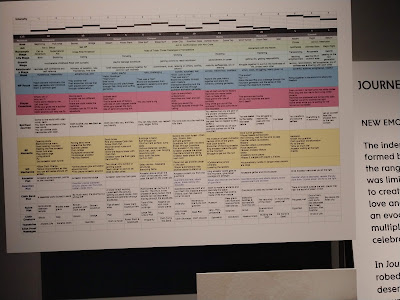 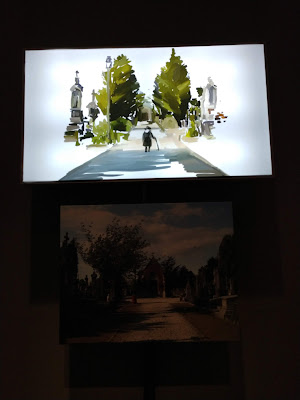 Some of the games were of the doom and horror and blood and gore variety. 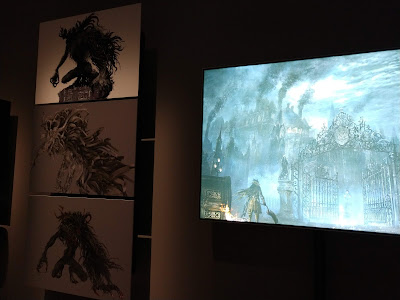 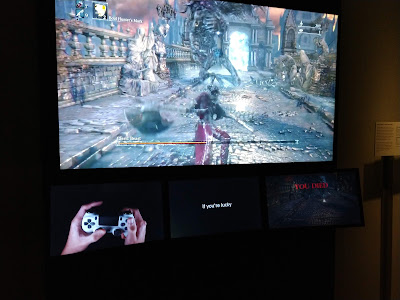 Time for a cup of tea or coffee? We went to the cafe on the ground floor in one of the three rooms created as refreshment rooms when the museum was built. Look at the beautiful tiles in this room, which was designed for serving 'broiled and grilled meats'.  Aren't they fabulous? 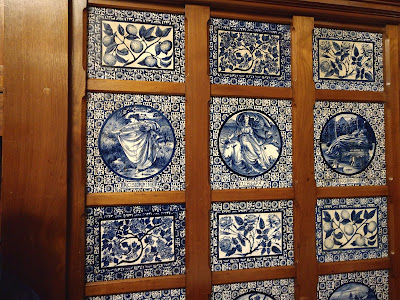 Presumably the meats were broiled and grilled on this enormous range. 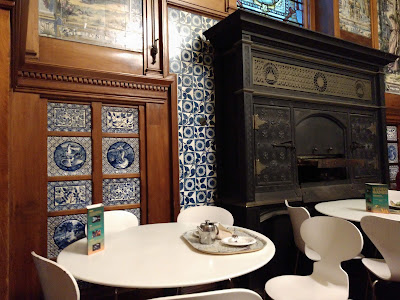 So how they can furnish the room with white plastic tables and chairs, and serve cakes on paper plates, and milk in paper cups, and tea in cups without saucers?  That's just distressing. (And espresso coffee should always be served IN HOT CUPS. Just saying) 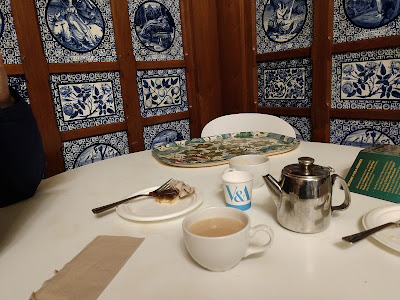 Oh well. We made our way through the shop, buying almost nothing for once, and caught the bus back to Victoria. 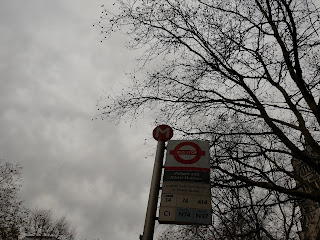 Home sweet home, and happily so.