Seven hard weeks of teaching this half of term and all other things that needed to be done...

Yes - I was coping fine - and would have coped fine for next week as well - I am a grownup, I have had children, (my usual mantras) and I have a husband who looks after me brilliantly even though he, too is having to deal with all the driving and housekeeping...

But this unexpected weekend off, thanks to the car being out of action until it goes to the garage on Tuesday, has been a real blessing.

Today has been an oasis of time - time without other people - Saturdays are usually filled between 8am and 6pm with teaching and travelling and so forth.

Today has been sleeping in, and reading and writing stuff. 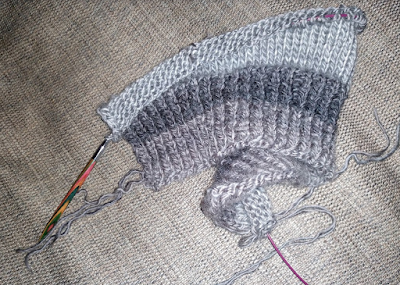 It has been sorting out the poor camelia that I was given about four years ago, which has been sitting it a tub of the wrong kind of earth, in full sun ever since. Today we planted it up in a tub of ericaceous compost in a shadier spot. 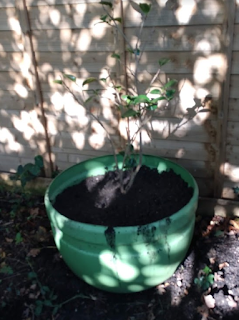 We have also discovered a small holly bush at that end of the garden which survived the Great Upheaval, so cleared away the nearby weeds to see how it will get on.

I've planted some beans - whether they are Magic ones which will lead us to the Giant's hoard of gold, or just plain ol' broad beans like the picture on the packet remains to be seen. I guess I'll know tomorrow. 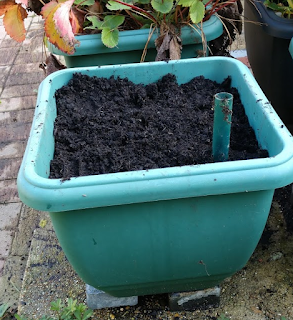 I even got out my paintbox and did a bit of painting in my diary... 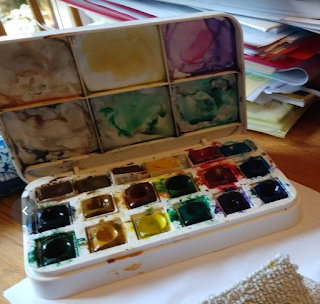 It was only after I'd finished that a realised I'd used the page for the first week of November. They are scenes to remind me of my walk home from school on Thursday. I think I'm ok about the duck on the right looking like a dog, and one of the ducks in the pond looking more like a puppy having a swim. As dogs they are pretty good. 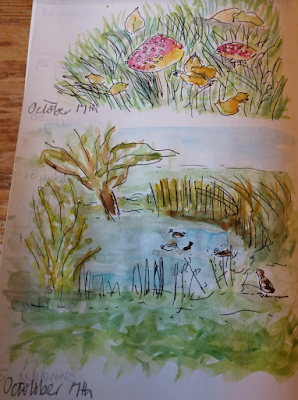