Wednesday 9th October - How the weeks go by

Yesterday was a bit full-on, so much so that when we were in Waitrose/John Lewis at about 6pm we had forgotten that we had already been there at 7.30 am.

But that's what happens with a day that starts with buying pickled herrings at early-o'clock and finishes with buying a chromebook at wine-o'clock (not that we did open a bottle of wine).

The herrings were for my godmother. We were on a mission to get her to her echocardiogram appointment at 10.30, in a town 45 miles away. She's 91, still up and about but not very steady, so it was all a bit of a project, but everything went surprisingly smoothly, and we even remembered to give her the herrings. Himself also removed an electric adapter plug which 'gave me a bit of a nip when I plugged that lamp in'; the adapter plug is now in the bin as being a danger to life and limb; 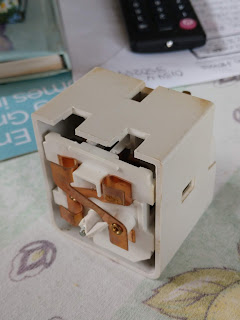 My word, that was a bit of a close call. All that copper was completely exposed.


The chromebook is for my father; he wants a 'portable computer' to make notes on when he goes away, which he does frequently. He likes to make notes on his travels, but prefers to type rather than write (now, me, I prefer to write with a fountain pen rather than type - each to their own). Himself is hoping to get the thing setup ready for the next adventure. 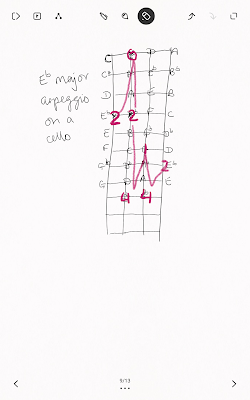 You didn't expect it to make sense did you?

Sunday - church in the morning, and I think we did nothing for the rest of the day. Except I cast on the stitches to knit a hat; we are collecting to send Christmas present boxes to Roumania - fill a shoe box with a mix of essentials - like toothbrushes, can you believe it, and hair combs - there is such poverty as doesn't bear thinking about -and hats are one of the items.

Saturday - teaching in the morning, and that went ok, then to see how my godmother, and help with her post, and mend things and so on.

Friday - now we are getting too long ago. I would have to read my diary....