Since this blog claimed to include "To-Do" lists I thought I'd better either change the description  or add a to-do/done list. This list deserving of a cup of tea, a piece of cake (except that the tin is empty) and a bit of a gloat.

So, I lifted the potatoes. I was wildly optimistic about the size of the bucket that I would need. If it were down to me to ensure our family's survival by the work of my hands and the sweat of my brow, then we are all doomed. Moral of the potato harvest - you get what you put in. I put a dozen or so potatoes that had got all over-excited in the potato bag, and left them to their own devices. At least I can eat these potatoes, the the exercise of foraging for them has probably done me some good. 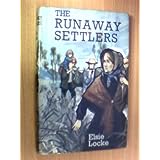 When I was about 10, my grandmother gave me a year's membership of the Children's Book Club as a birthday present. Every month a hardback book would arrive through the post. This is how I came to read "The Runaway Settlers" by Elsie Locke. It made a big impression upon me, and left me with a vague hankering, even at that age, for self-sufficiency, growing-your-own.

Only a hankering. Only vague. I'm a big fan of Waitrose.

The washing is in the machine. And the next load is waiting... but for how long? Who knows.

I finished the blanket square, and reached the base layer of the dining room table.
On the way to the base layer of the table, I discovered all the instrument inventories from the different schools I worked in last year, updated the spreadsheets and files the paperwork. I also excavated a couple of cardboard boxes waiting to be used for something useful, and relocated them to the garage.

The cake is in the oven (yoghurt cake - it's the only one I make at the moment because it is so very, very quick and easy). Chocolate this time - replace half a pot of flour with cocoa powder, and dollop in what might be about a tablespoon of baking powder, and use half and half dark brown sugar and caster sugar. I'm not including a picture of it baking in the oven until the oven has been cleaned. There are limits to what one is allowed to exhibit to the unsuspecting reader.

Email ThisBlogThis!Share to TwitterShare to FacebookShare to Pinterest
Labels: to do lists