Hay-on-Wye - Back in Time

It is only relatively recently that I have become a fully-fledged member of the internet community. That is, in my own small way. 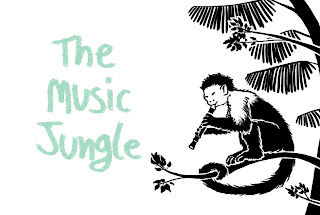 Although I started a blog several years ago on Livejournal, I was frustrated by not being able to put pictures up, so rarely added to it. Last year I started www.themusicjungle.co.uk for various reasons, not the least for sharing (and thereby saving) music teaching thoughts, resources and ideas. that has now been going for a year and a week, three posts every week, updated every Friday (except when circumstances intervene).


A feature of The Music Jungle is the artwork - I am lucky enough to be able to call upon the services of a talented artist from time to time!


One this has led to another, and now I am a blogaholic, both reading and writing them.


Facebook followed, and then I discovered Twitter! Oh, wow, how much time it takes, keeping up with all my friends (54, all people I know personally) and people I'm following (34, mostly people I've never met) 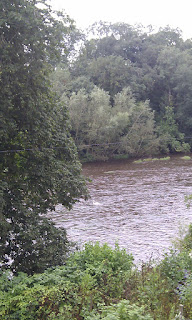 The town was enchanting; a maze of old-fashioned streets, alleys and houses, some of the best craft shops I have EVER been to (and I am a bit of a craft shop junkie), and, of course, The Book Shops. Also, with disastrous consequences to my credit card, a Rohan shop. If you know about Rohan, you will know exactly what I mean.

Only one thing was lacking - internet.

No blogs to read.

No possibility of writing up posts.