"Houseguests, like fish, begin to stink after three days" I believe this quotation is attributed to Benjamin Franklin.
A dear friend arrived from Canada on Friday night, stopping over between Europe and home. He heard at short notice that he would have to come over - could he come and stay the weekend? OF COURSE! He's the sort of guest who doesn't seem to mind letting himself into the house because we are at work, sitting waiting until I finish teaching piano at 6:30pm before I say more than a few words to him, or having to sleep on an air bed in the sitting room. It's okay that my husband had to work all of Saturday morning, that I disappeared off to visit my mother on Saturday afternoon.

For all three of us, the weekend, in spite of the way we were working to tight time-tables and rigid schedules, was a brief oasis of calm in the middle of hectic, fast-paced weeks.

We didn't need to entertain, or plan outings, or go out of our way to make things special. We find eachother's company restful and restoring.

We just seem pick up from where we left off. This time we hadn't seen each other for just over a year, when we went to Canada and spent two weeks staying with him and his wife and family, for their daughter's wedding, and to see where they lived. And they live within a couple of hours of the Niagara Falls! Somewhere that I never expected to see, ever. 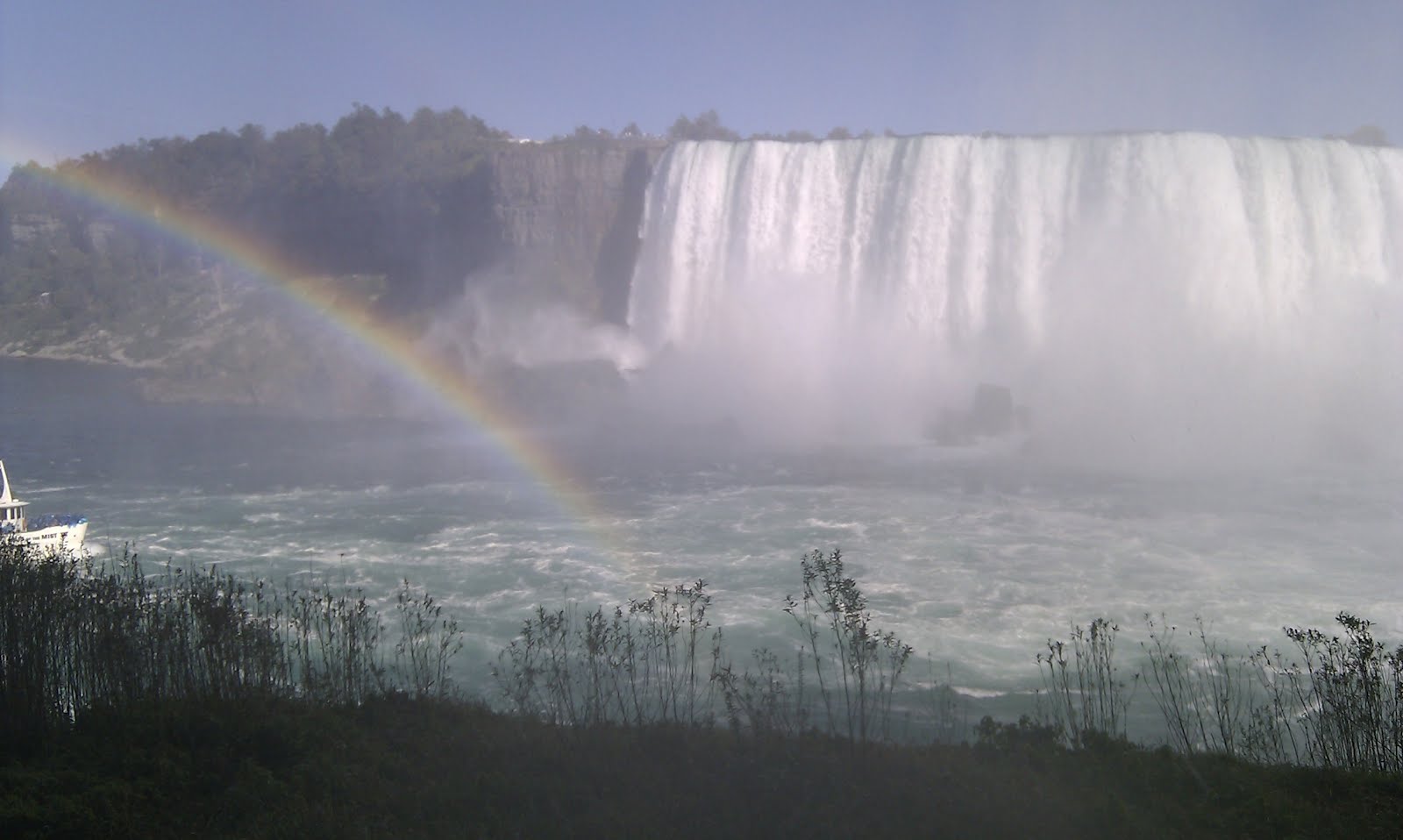 I don't think that we started to stink after three days, on that occasion.
And three days for this visit, in spite of the current domestic turmoil, was far too short. But the three days were an unexpected blessing, and he didn't smell of fish either!
﻿
We will be visiting my mother later this evening. I have made some apple sauce, and a thick, sieved vegetable soup in case she has been turning up her nose at the hospital meals again. Maybe a bit of home cooking will appeal? Who knows.